Have you ever seen a puffin in real life? Until recently I never had and almost thought they were mythical with their wee red beaks on them - they look like they should be nowhere near the Irish coastline, much too exotic for our island! But you can find them here – on an even smaller island off the north coast of Antrim actually.

Rathlin island is only a 20-minute ferry journey from Ballycastle and really you had me at ferry. I will find any excuse to be on a boat and feel the salty air whip around me, it can really awake something in me – which was breakfast for poor seasick Andrew. 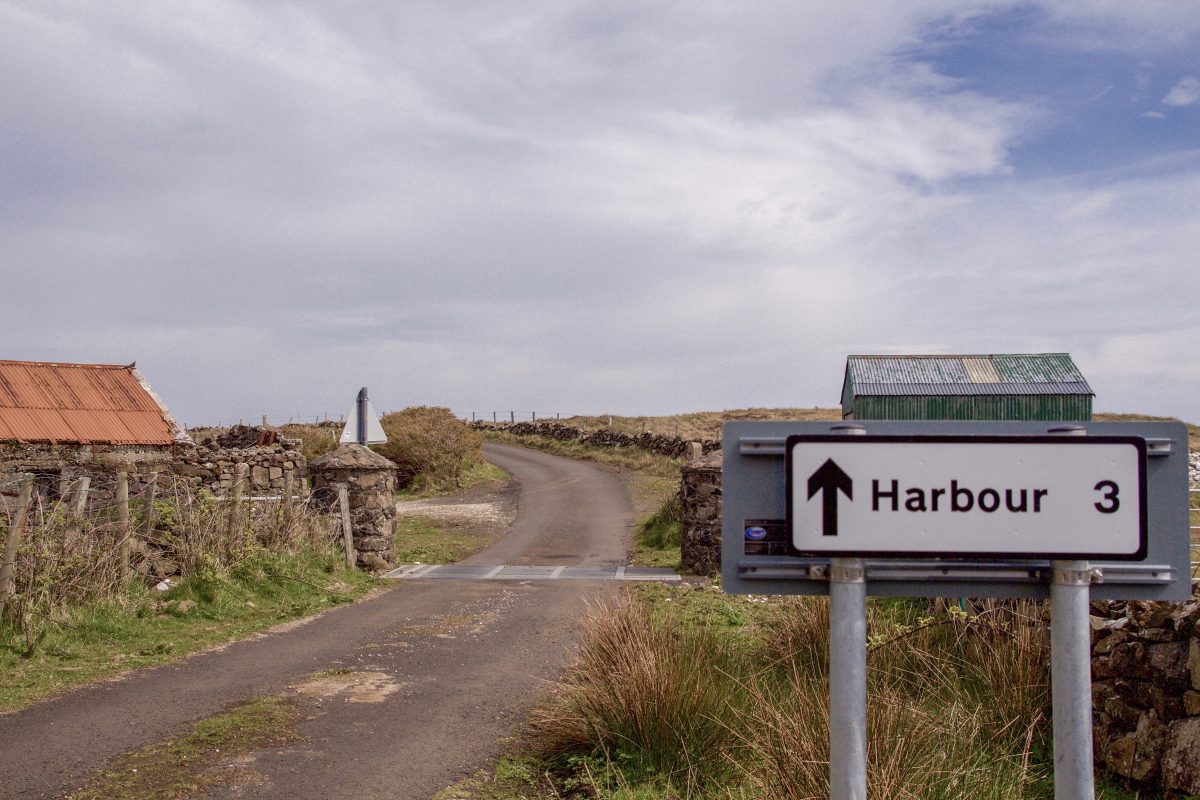 We set our alarms early on a Sunday morning (!) in May to make sure we were there brave and early to see these elusive sea parrots. The forecast was promising to be a good day and even though the sun still hadn’t appeared when we boarded the Rathlin Ferry, I was feeling optimistic. Sure I’d packed a picnic and everything! 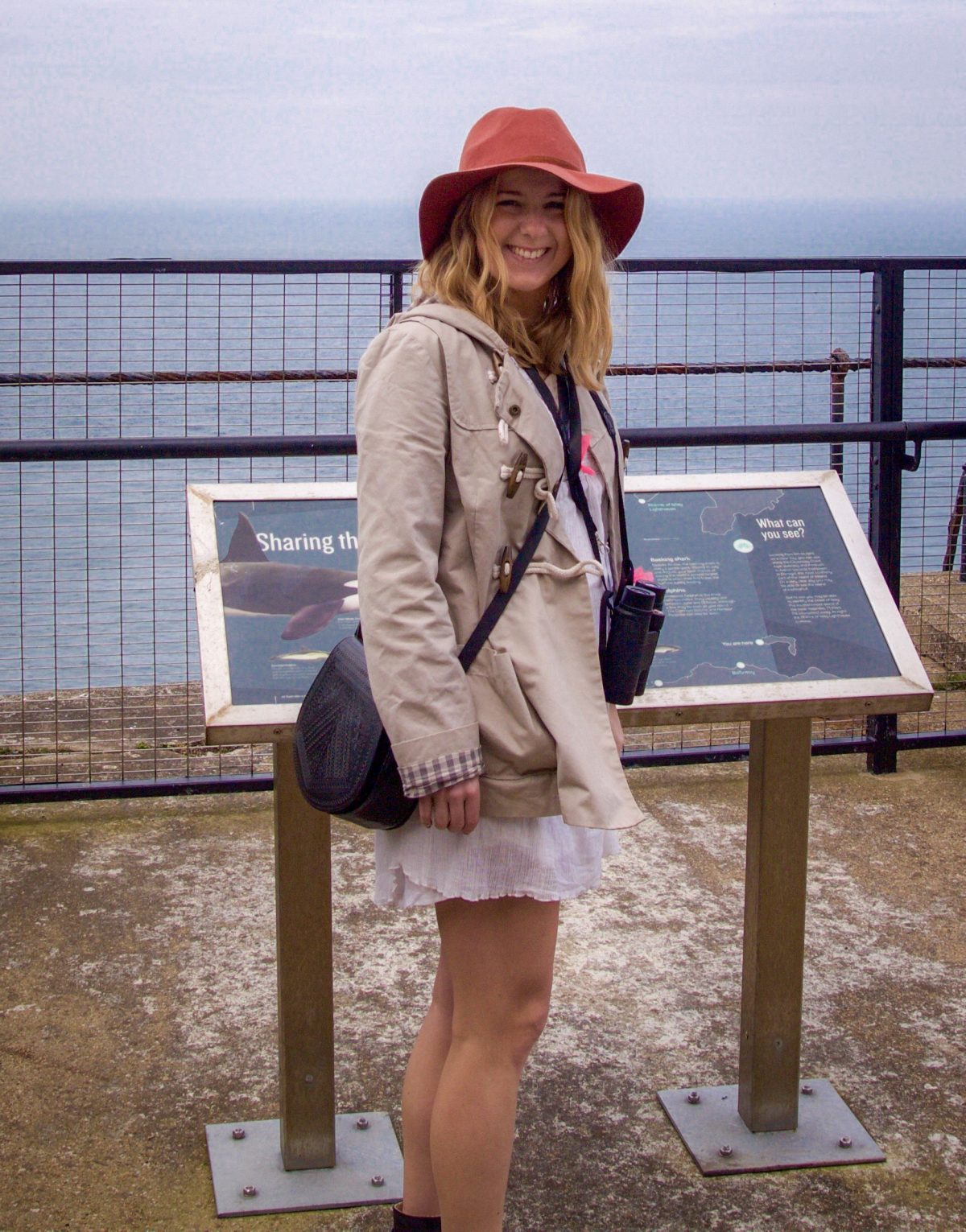 What struck me when we approached Rathlin was how it was much bigger than I expected. I half thought I could stroll quite easily around it and I had that anxious feeling I get when I know I might have to exercise too much. The horror! Luckily there was a bus waiting for us when we got off that could take us to the RSPB seabird centre on the other side of the island so sighs of relief all round. The bus driver was terrifically cheesy, pointing out Rathlin University (the local primary school – hardy har har), the place where the last bus fell off the cliff (Jaysus you’re killin' us here) and the island’s all weather pitch which was actually a tennis court (OK now let us off). We courageously bought a single ticket even though I was eyeing up the picnic basket thinking there was no way I was carrying that for over 4 miles. 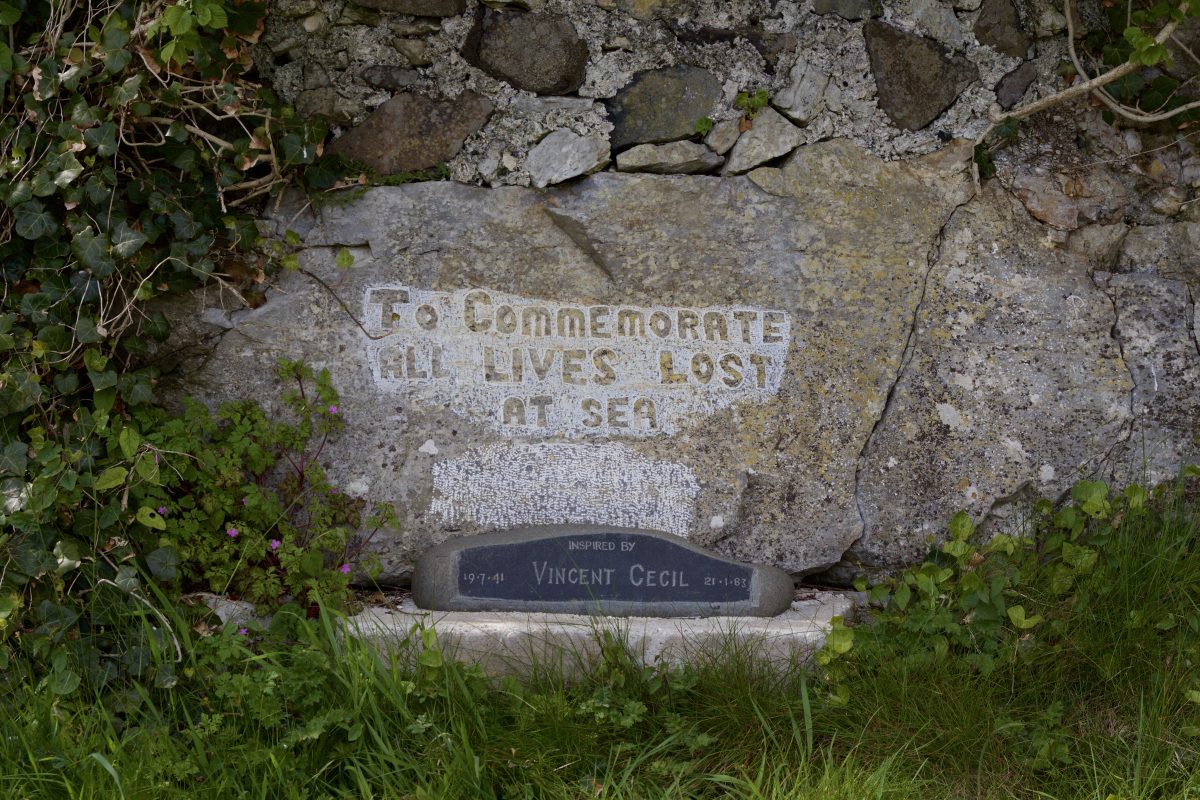 We bought our tickets and trotted down the steps to the centre. Before I could see the birds I could hear them. It was like walking in to an ornithological metropolis – so much going on, birds on the move everywhere around me and so much noise. It was amazing. Then I was struck by the beauty of the coastline, the dramatic cliffs and sheer drops. It reminded me a little bit of the Cliffs of Moher, that dramatic end to the earth with endless blue sea ahead. 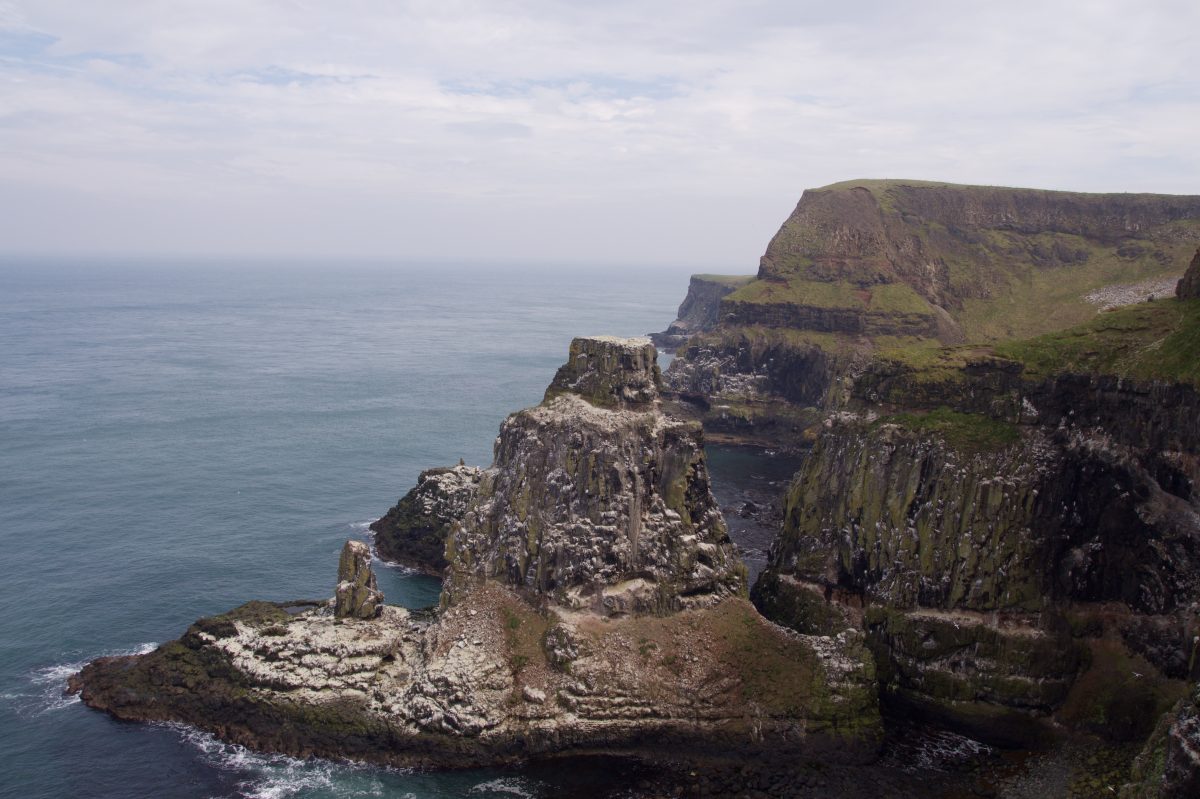 I couldn’t get the binoculars on me fast enough. I haven’t got the best eyesight so I was worried I wouldn’t be able to see the puffins and I’d have to do the whole “Oh yeh I see them there, yeh over there near that thing” bit when I really can’t see a damned thing. I scanned past the guillemots, the razorbills and the kittiwakes (don’t get me wrong they are lovely birds but I wanted to see the top bill..pun intended) and searched for a splash of red. Admittedly I did have to be pointed in the right direction but I saw them! And they really are real!! 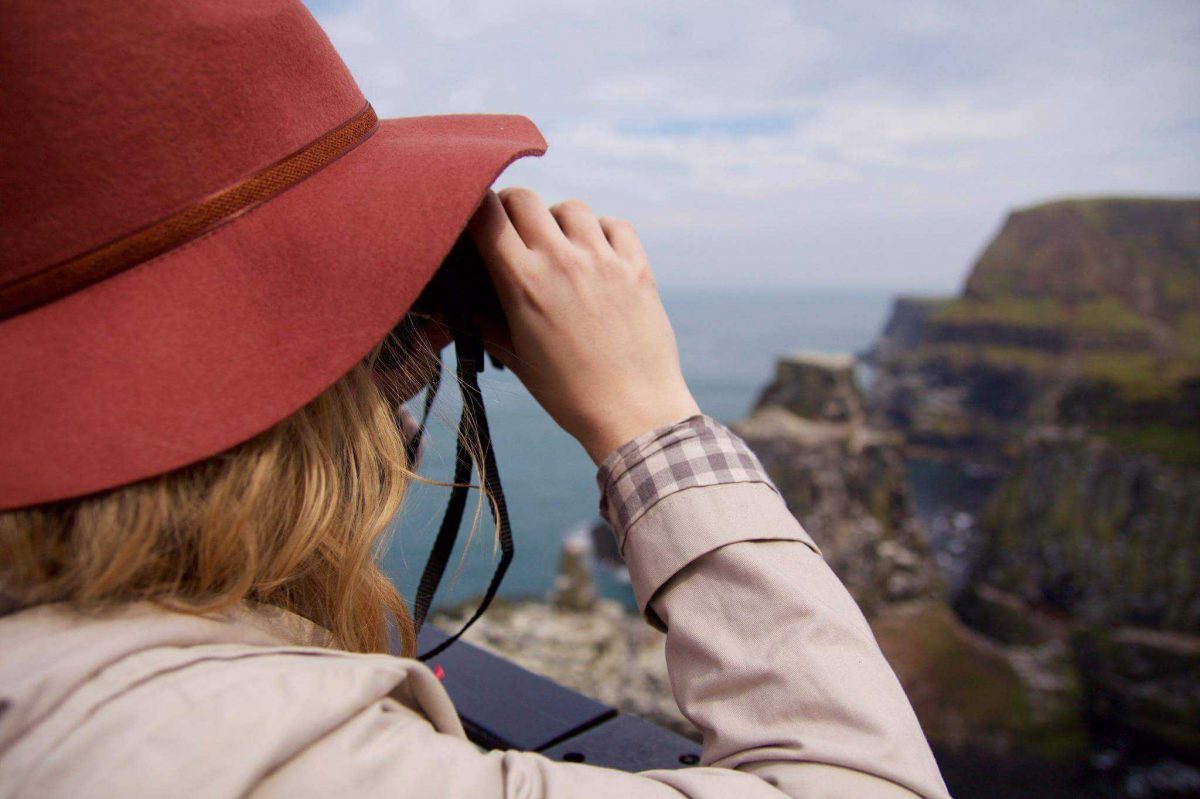 I was so excited and watched a few of them flapping their wings, enjoying the sun and dipping in and out of their burrows. Yes, they nest in burrows – the mad eejits. Apparently they do so well here because they have limited predators so the burrows can remain protected. Unfortunately I couldn't get a decent photo of them - the wee rascals stayed down on the flats and there was no amount of zoom that could capture them. I could’ve watched them all day but the 4-mile trek back to the harbour was looming and we wanted to get there by Monday so I said bye bye to the birdies and left with a huge smile. 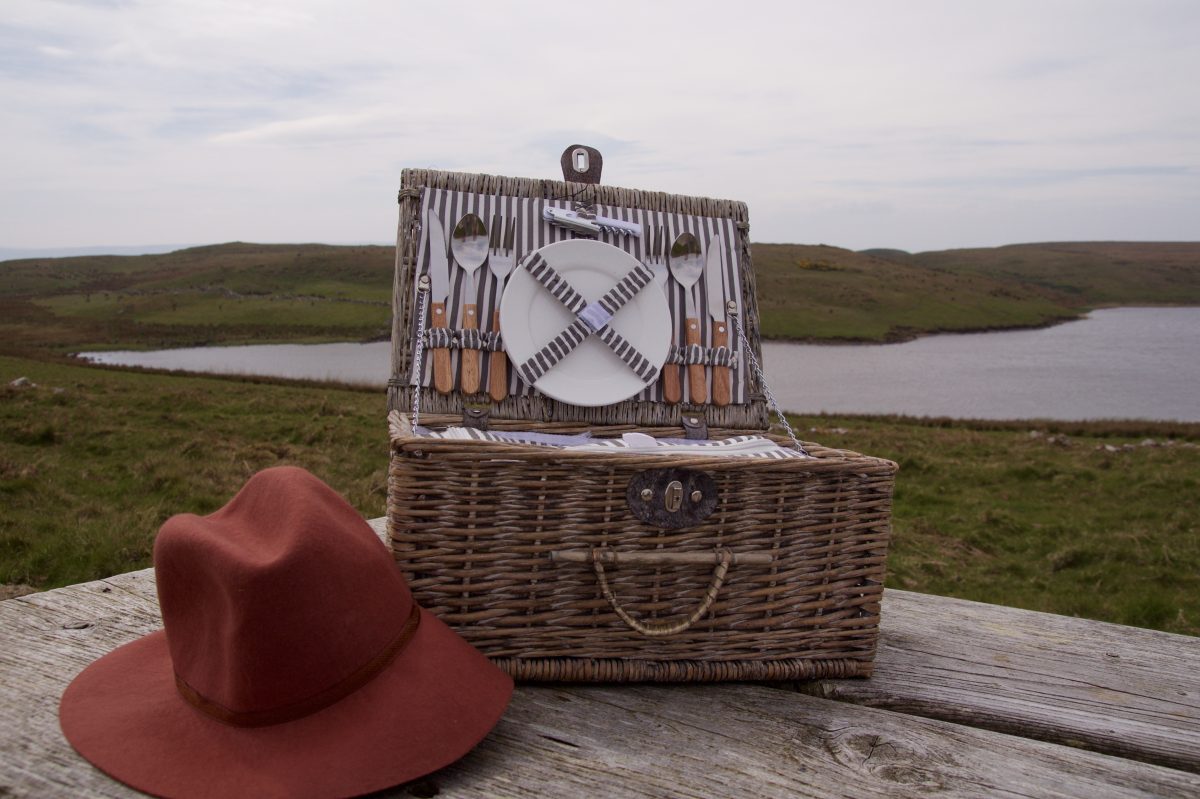 So off we went like the hobbits on an adventure practically skipping with the picnic basket. We stopped off for food at the first picnic bench we saw. It was a bit nippy when we sat down so Andrew draped the blanket around him like he was about to be shipped off from the famine. He cleverly forgot his jacket and TEA BAGS. He had to get Earl Grey tea bags from the centre and we used luke warm water from his flask. The most horrific cup of tea I have ever had. But at least I got to drink it from an adorable picnic cup. 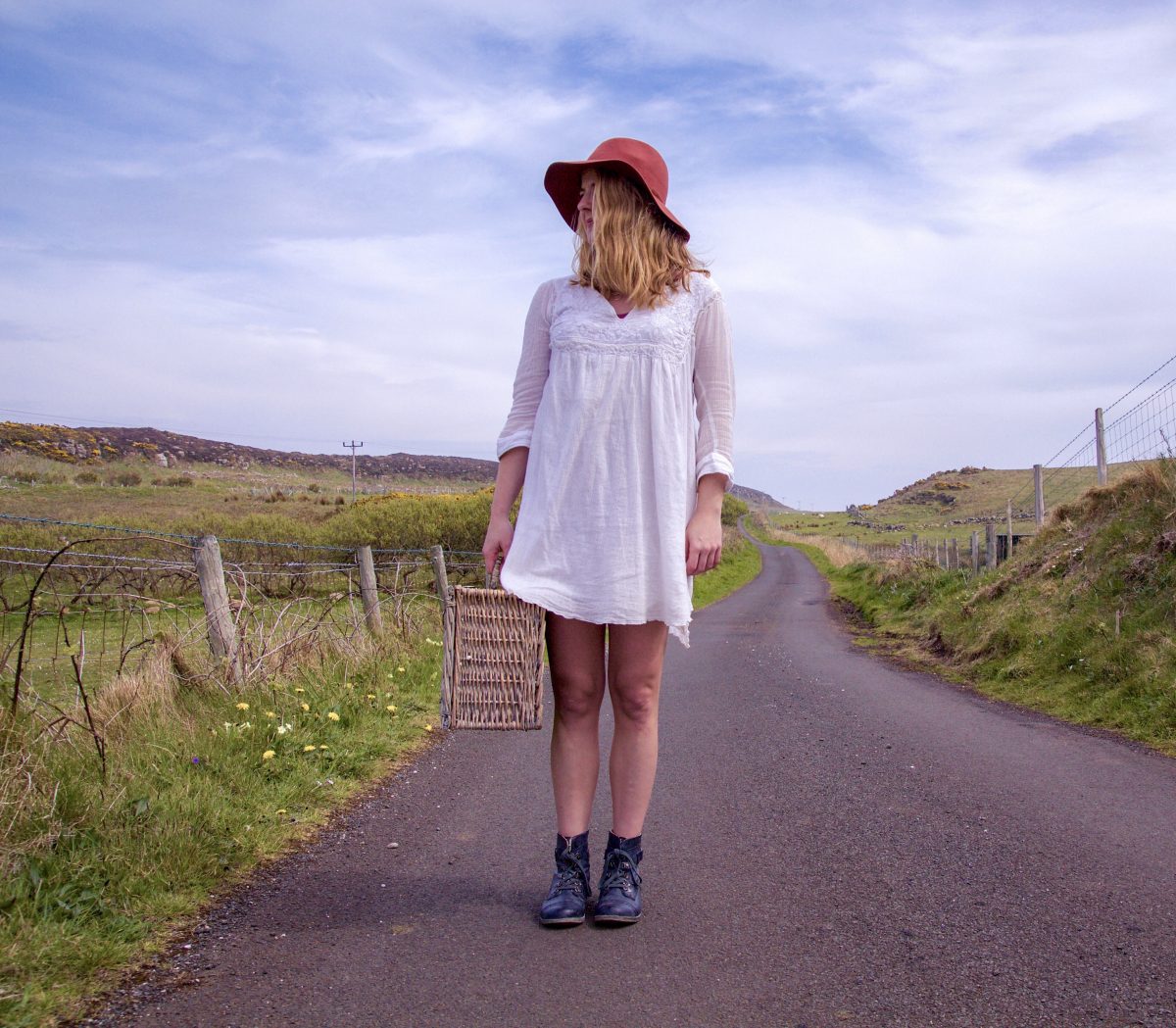 We also kept bumping in the same people. Although Rathlin Island was bigger than I had expected it took on a supermarket feel where you keep bumping in to people you've already said hello to. Eventually you get to the point where you do anything to avoid saying hello for the hundredth time, stopping short of hurling yourself over the nearest hedge. 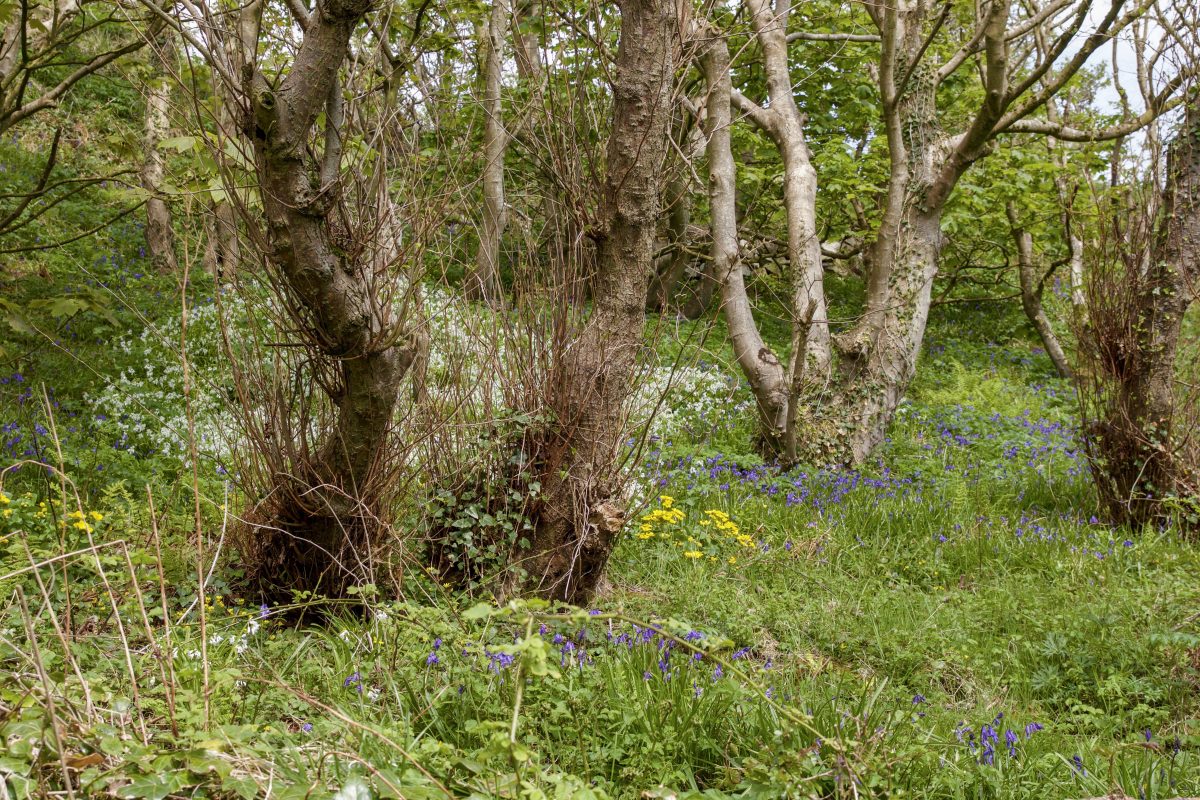 And do you know what else? The walk was really really nice! I enjoyed it! We dandered along the lane, talking and not talking. Mostly not talking but not because we didn’t want to but because we were so relaxed. All we could hear was the breeze, the trees and the waves. I have not been able to shut off like that for a long time and we even had a nap in the sun (it finally showed up). 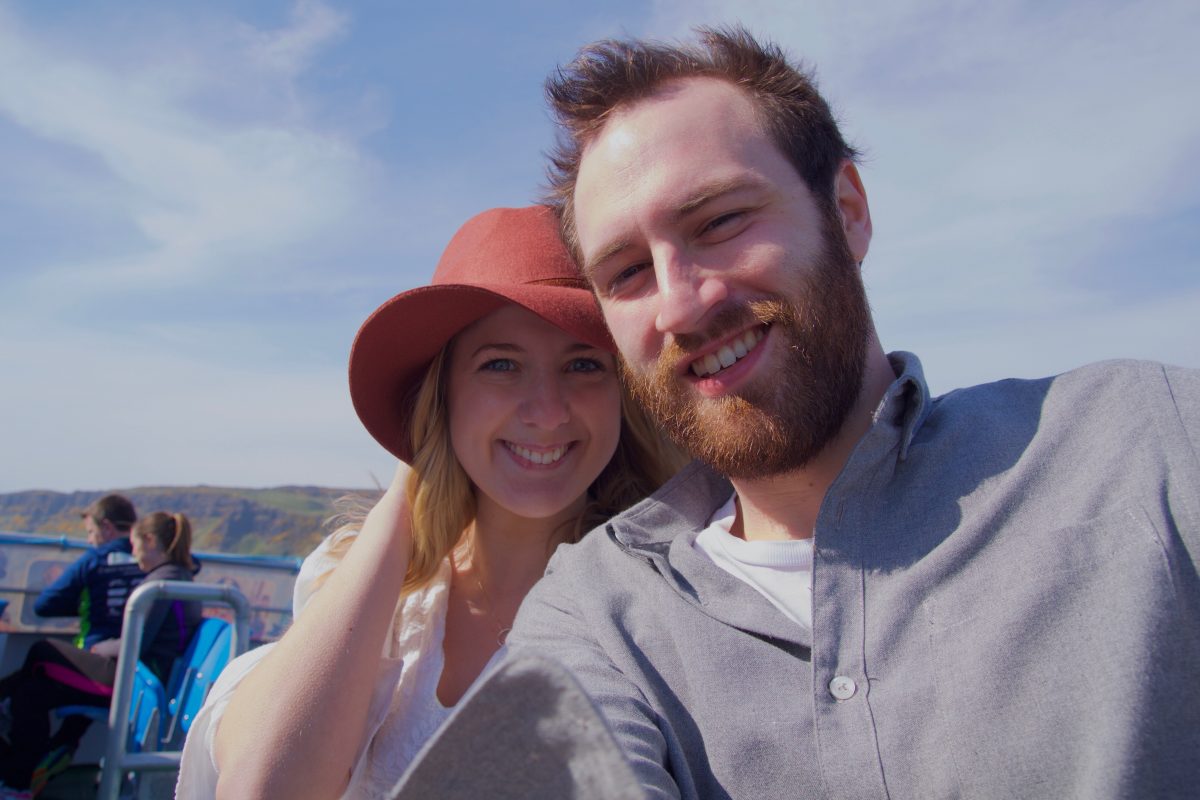 By the time we reached the harbour I felt rejuvenated albeit a little blistered. To be honest I was blissfully happy. And I got to go on another ferry!! Good day all round. 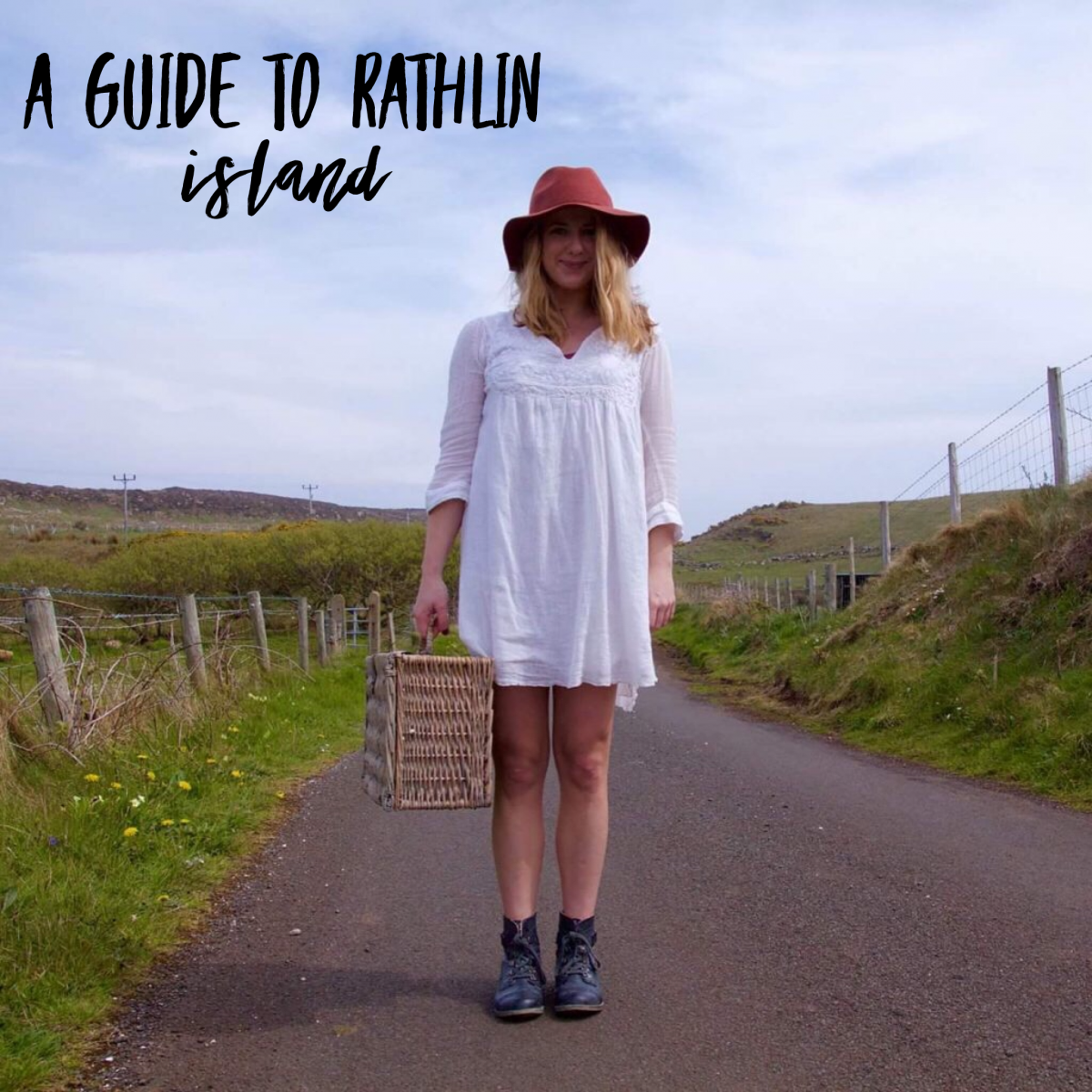