The Beaches of Connemara

To be barefoot on a Connemara beach in April is the closest I think I’ll ever get to a miracle. We had driven down to the west coast from Belfast the night before and the weather had been wild as we arrived in to the mountains. April showers take on a new meaning in Connemara and it was safe to say that expectations for the weekend had taken a back seat as we finally approached Rosleague Manor, our base for the weekend. 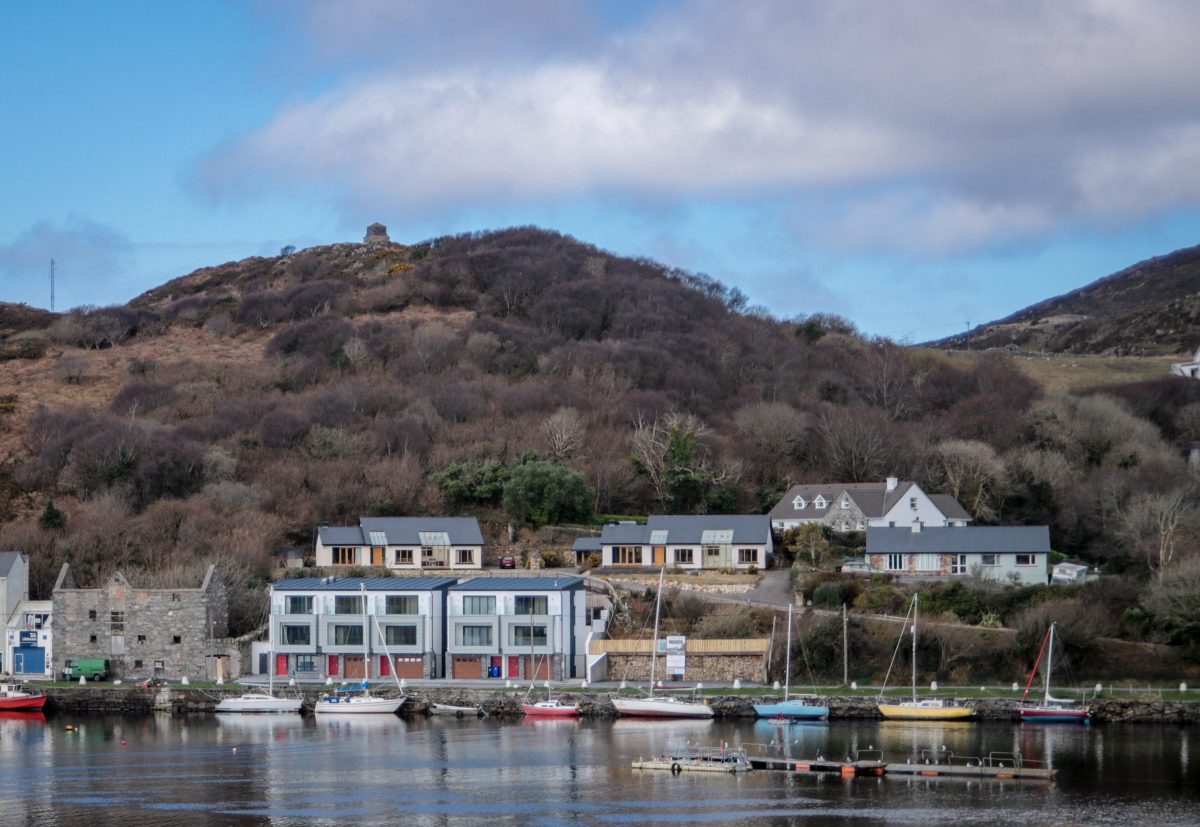 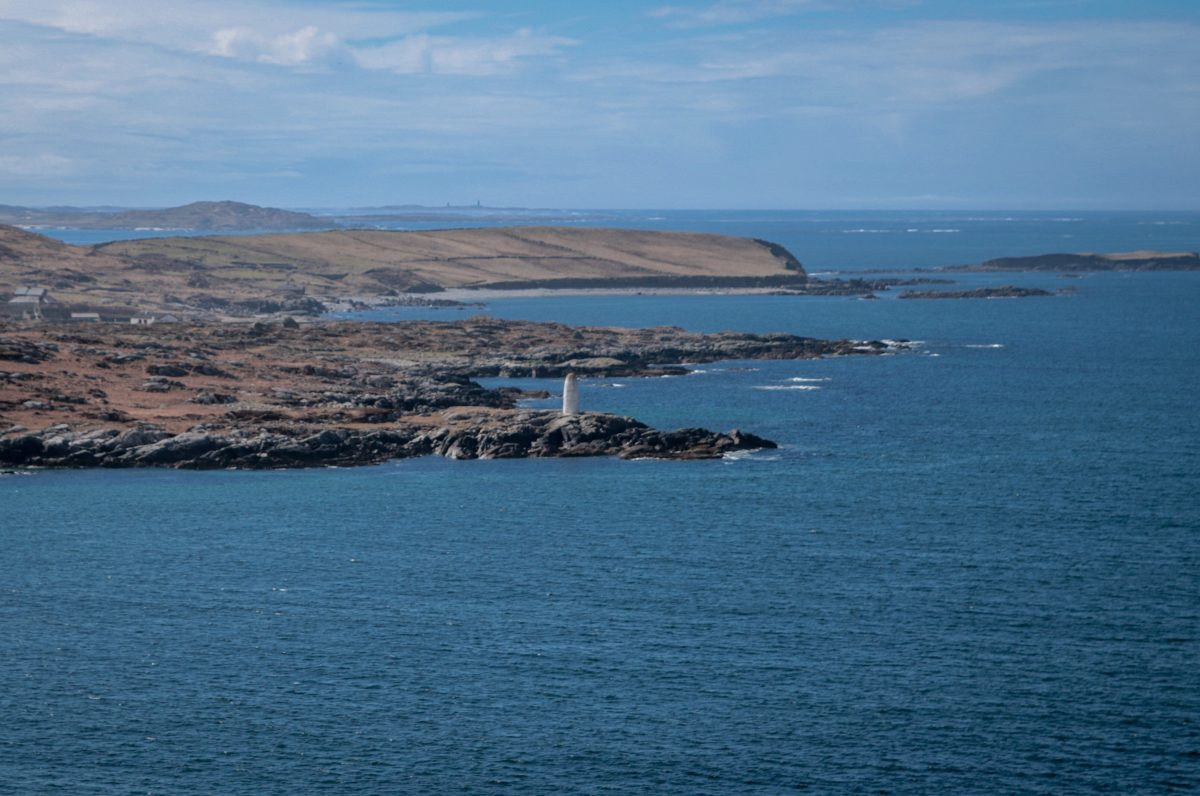 We had gone to bed early that night, weary from the long drive and hours of conversation on the road. While I was delighted to be curling up in a beautiful bed in a manor house, I secretly hoped for a miracle, just a patch of blue sky so we could see the views that I knew were around us. The next morning I was woken up by the sunlight streaming through the curtains at about 6.30am and it took me a moment to register why I was awake so early. I eventually realised that it was sunlight, SUNLIGHT, that woke me up! I bounced out of bed and practically ran to the lake to soak in the morning (you can hear more about this walk and see photos in my previous post here). 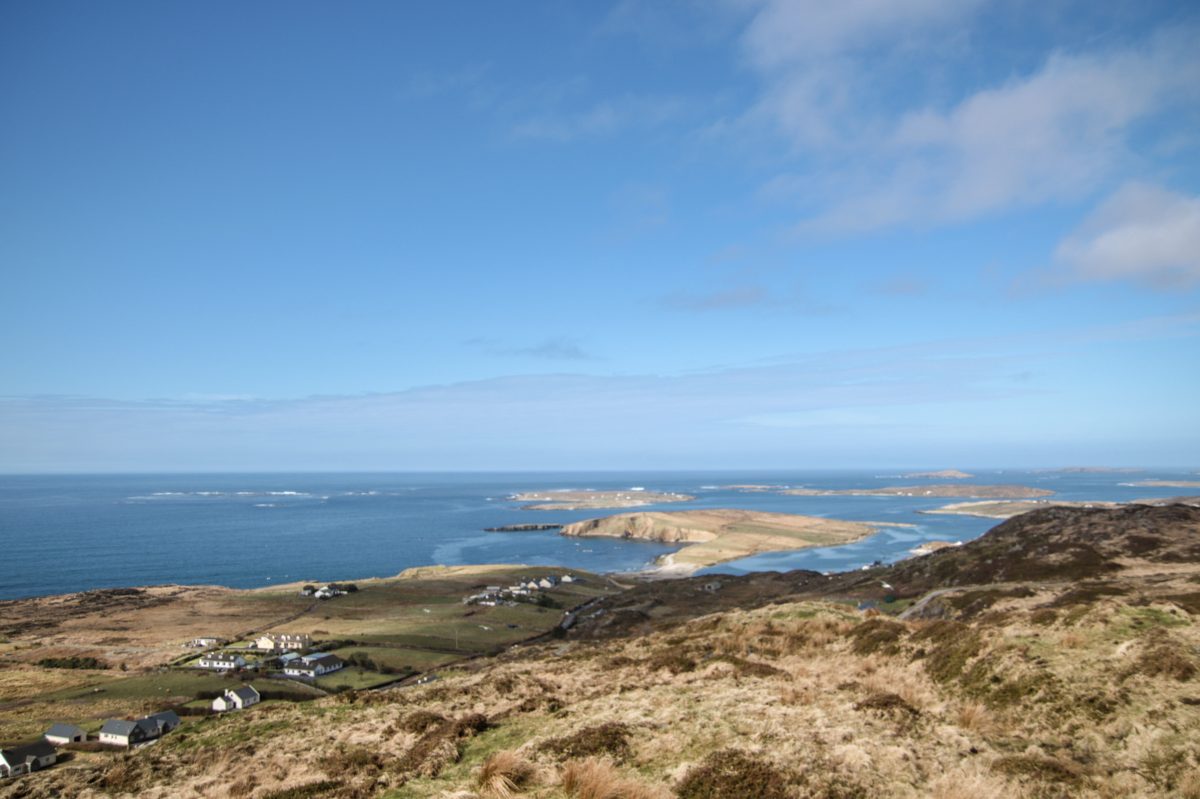 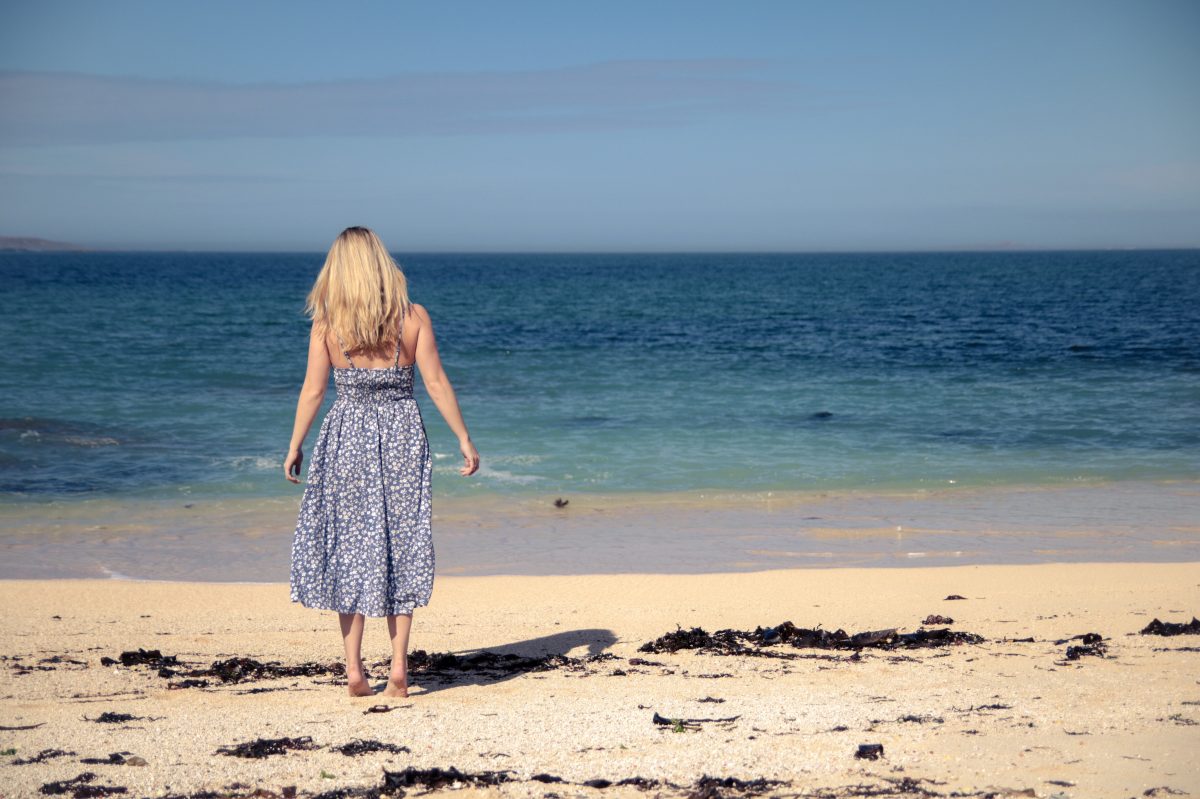 After breakfast we set off on our drive, energised by the sun that continued to beat down with no cloud in the sky for competition. We took the Sky Road, an obvious choice on a day like this which provides the most amazing views of the Atlantic and the hundreds of islands that seem to hug the coastline like barren satellites. We stopped off at as many beaches as we could as the temperatures started to rise to a balmy 15 degrees and that’s when I found myself at Mannin Bay, barefoot without a cardigan or goosebump to be seen! 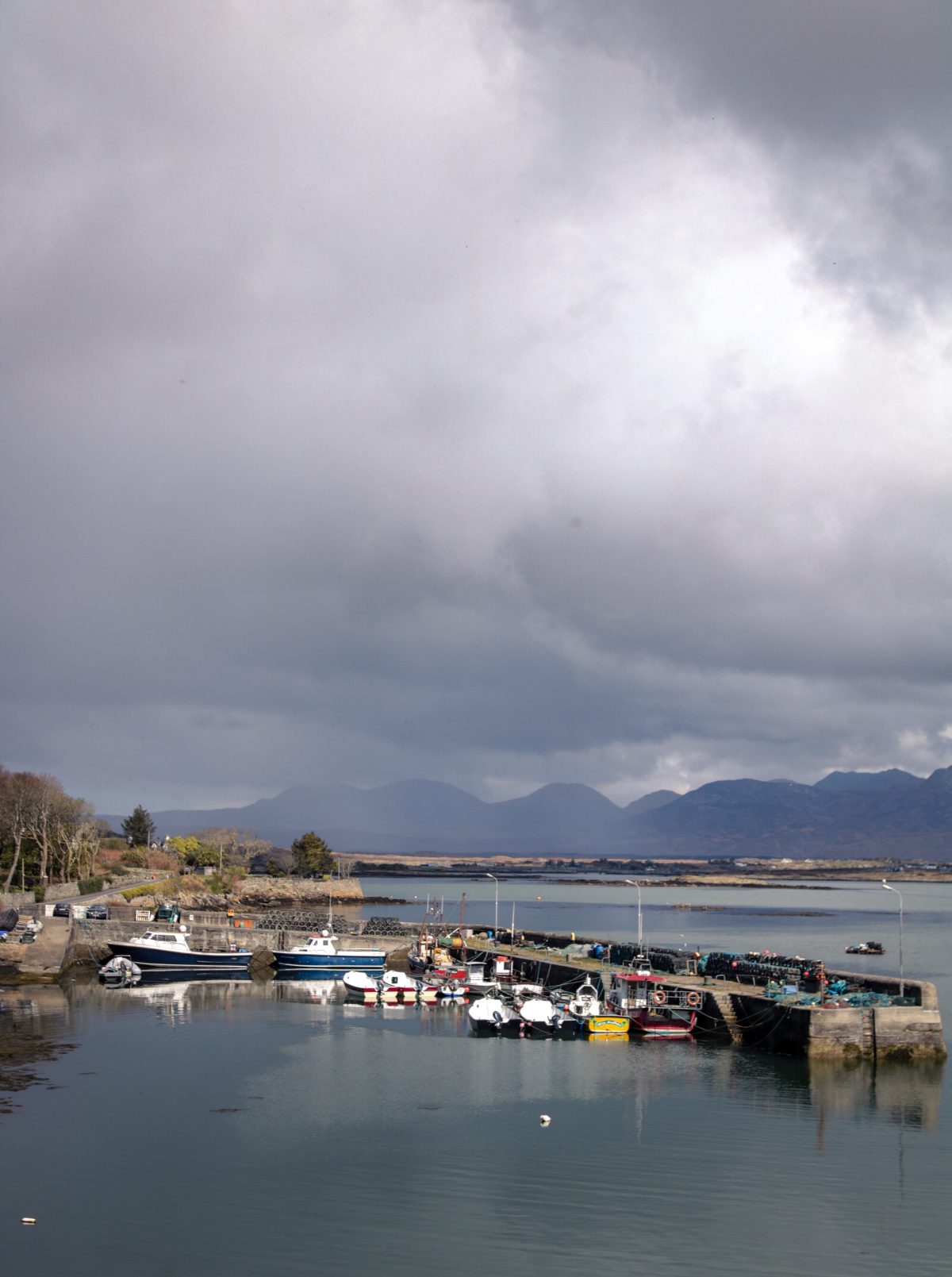 Blue skies met even bluer waters and I had to keep reminding myself that I was in the same part of the world I fell asleep in. Connemara is truly a land of contrasts with a clear day completely transforming the coast and the mountains that loom over it. The mountains became golden with the few clouds creating shadow-shows as they drifted lazily across the sky. 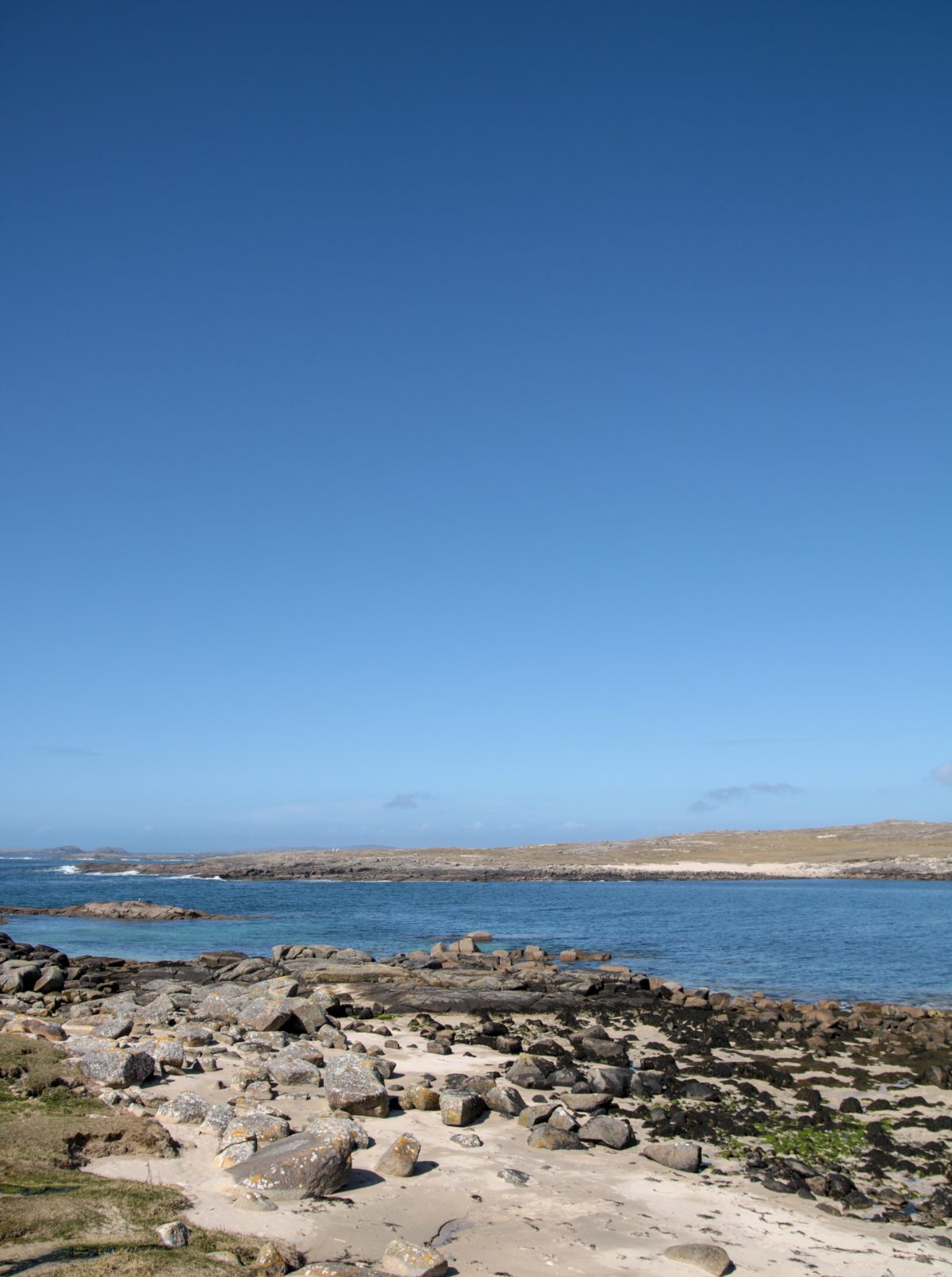 We drove most of the day, beach-hopping and stopping off for seafood when our stomachs began to rumble. We ate outside on the streets of Roundstone at O’Dowd’s; me wolfing down crab claws and Andrew his staple of battered fish and chips. I drank a glass of white wine and could feel my chest burning a little as the sun bore down and not a trace of wind could be found in the air. I felt unashamedly smug as I closed my eyes and soaked up every ounce of vitamin D I could manage since it had been about 6 months since my poor bones felt anything like it. 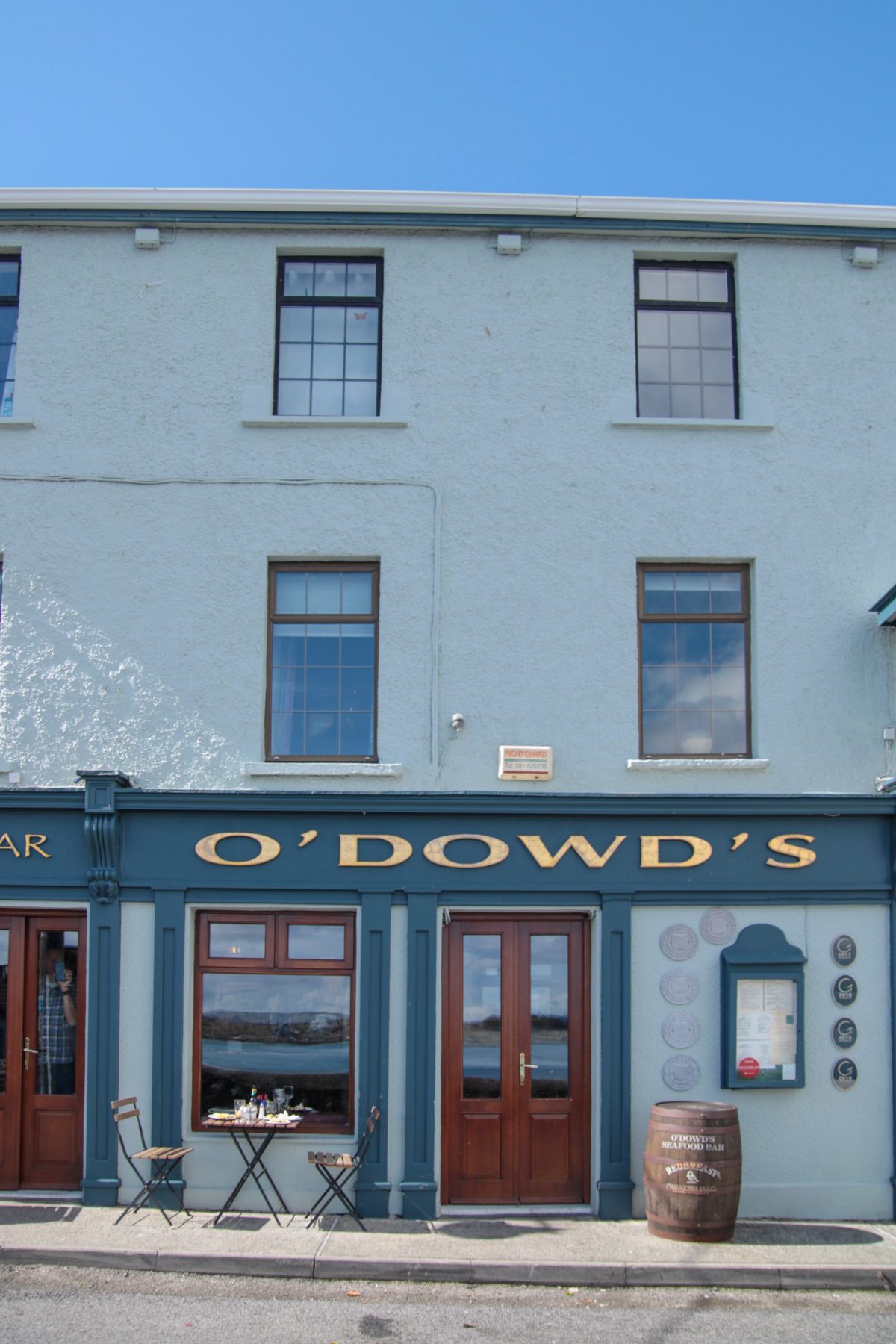 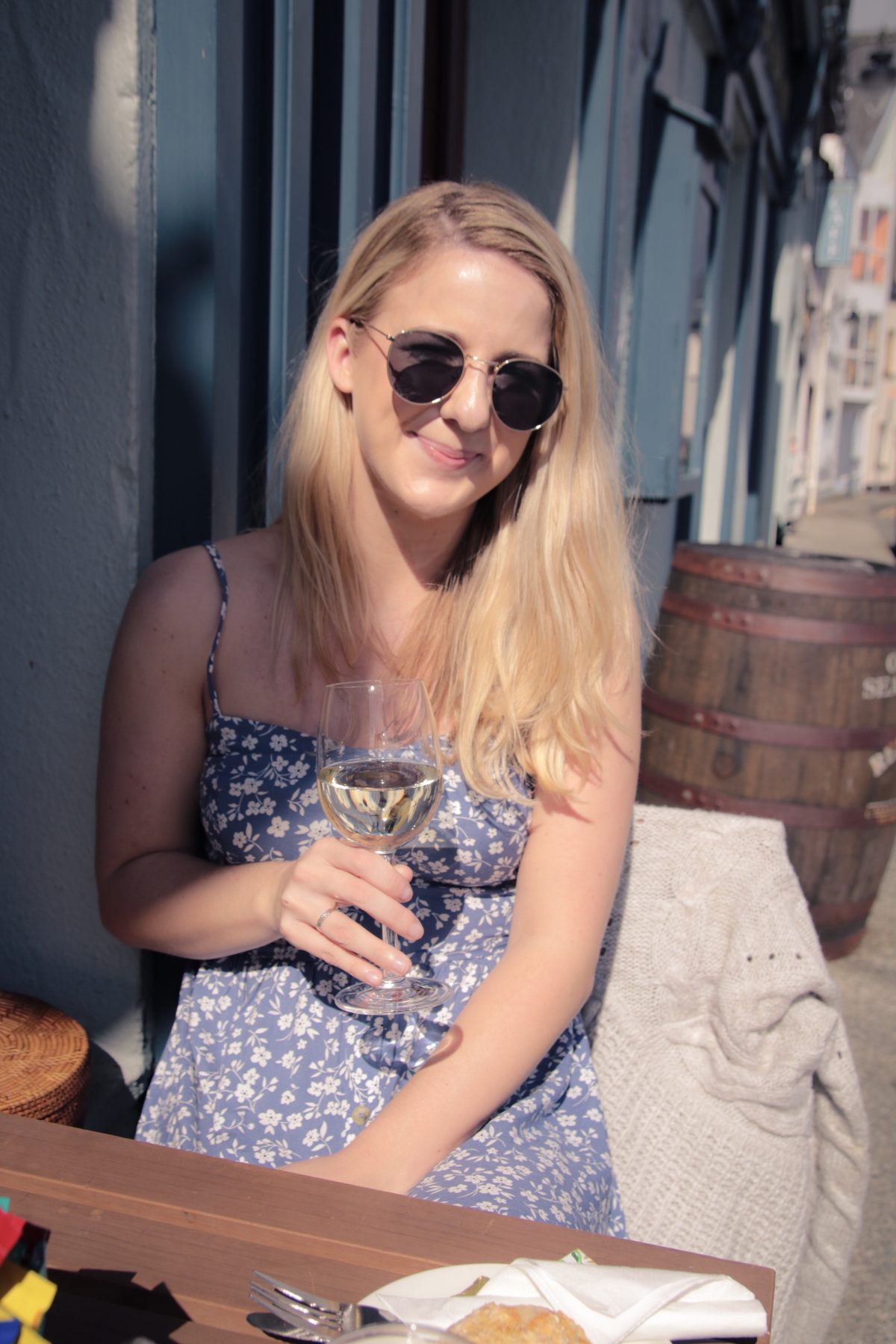 Connemara is famous for its wild weather and landscape but few get the chance to see the Connemara experienced last weekend. The turquoise waters, the white beaches, the burned cheeks from the Spring sun. If you ever find yourself as lucky as we were then I have a list of beautiful beaches for you to explore. The beaches are just as incredible when the weather is a bit more turbulent too; the seas furiously stormy and the wind whipping the hair wildly across your face. Whatever the weather, I hope you get to explore these coastal Connemara gems! 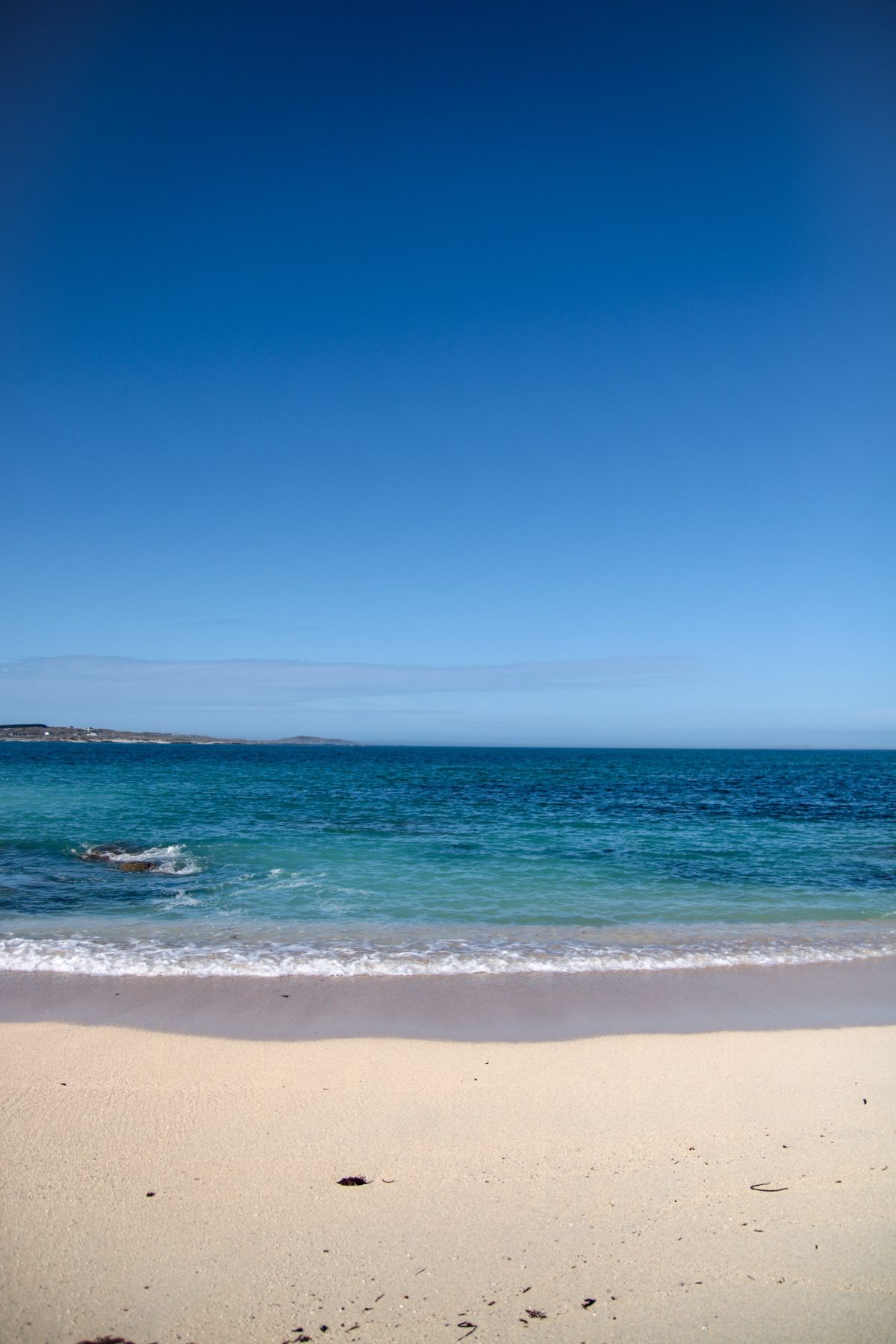 THE BEACHES OF CONNEMARA

The water here is spectacular so no surprise that it’s a favourite spot for water sports. If you’re not too keen to brave the water by snorkelling then you can take a kayak out and spy the marine life swimming beneath you in crystal clear waters. It was empty when we were there and incredibly peaceful too so you might just get the water all to yourself. 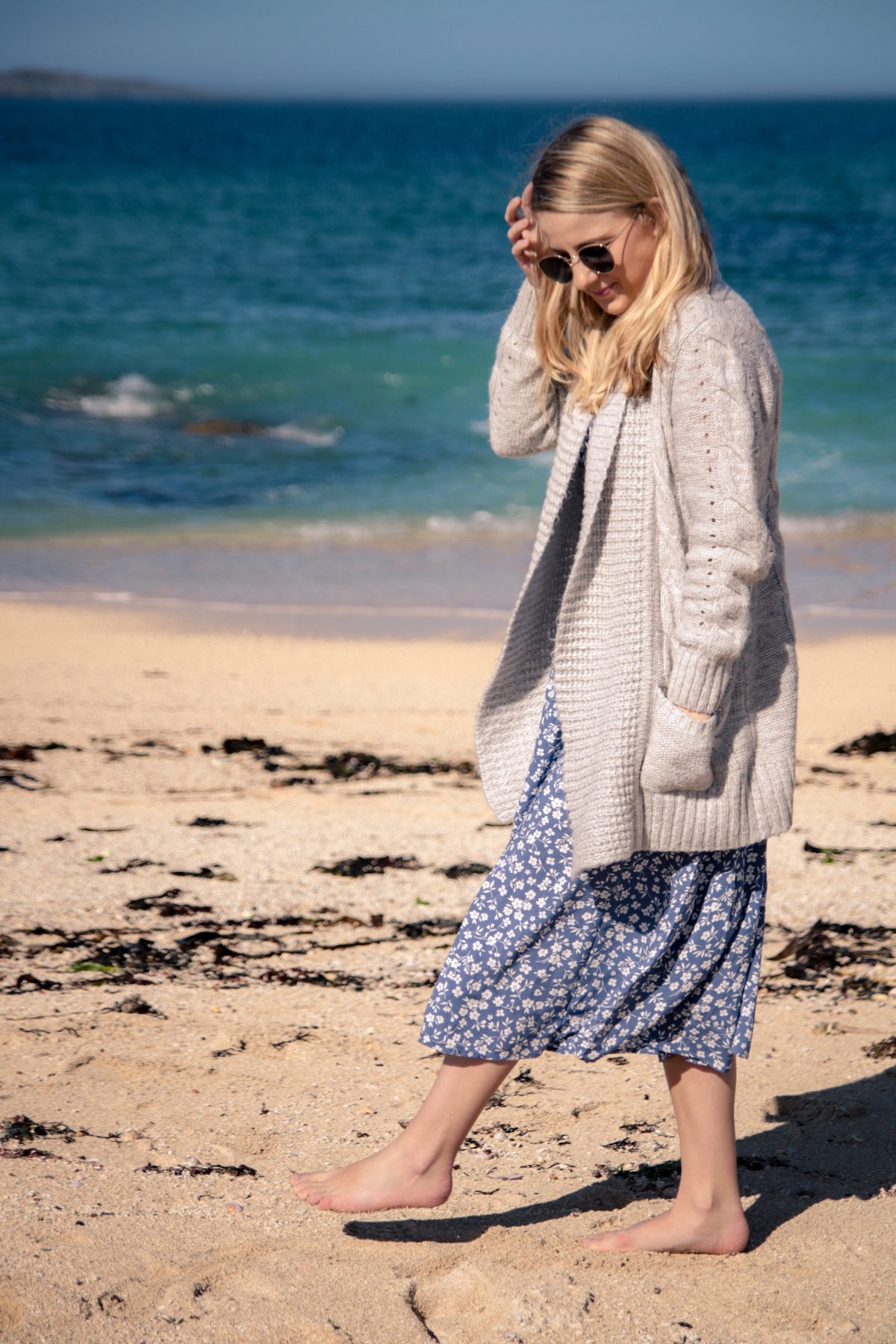 The island is connecting to the mainland by a tidal strand that is only acessible during times of low tide. The strand is popular for families who fancy a bit of sandcastle building and beach combing but we ventured on to the island itself with hardly a person in sight. There’s a beach on the far side of the island which was deserted and felt incredibly private save for a few neighbourly heifers and their calves. 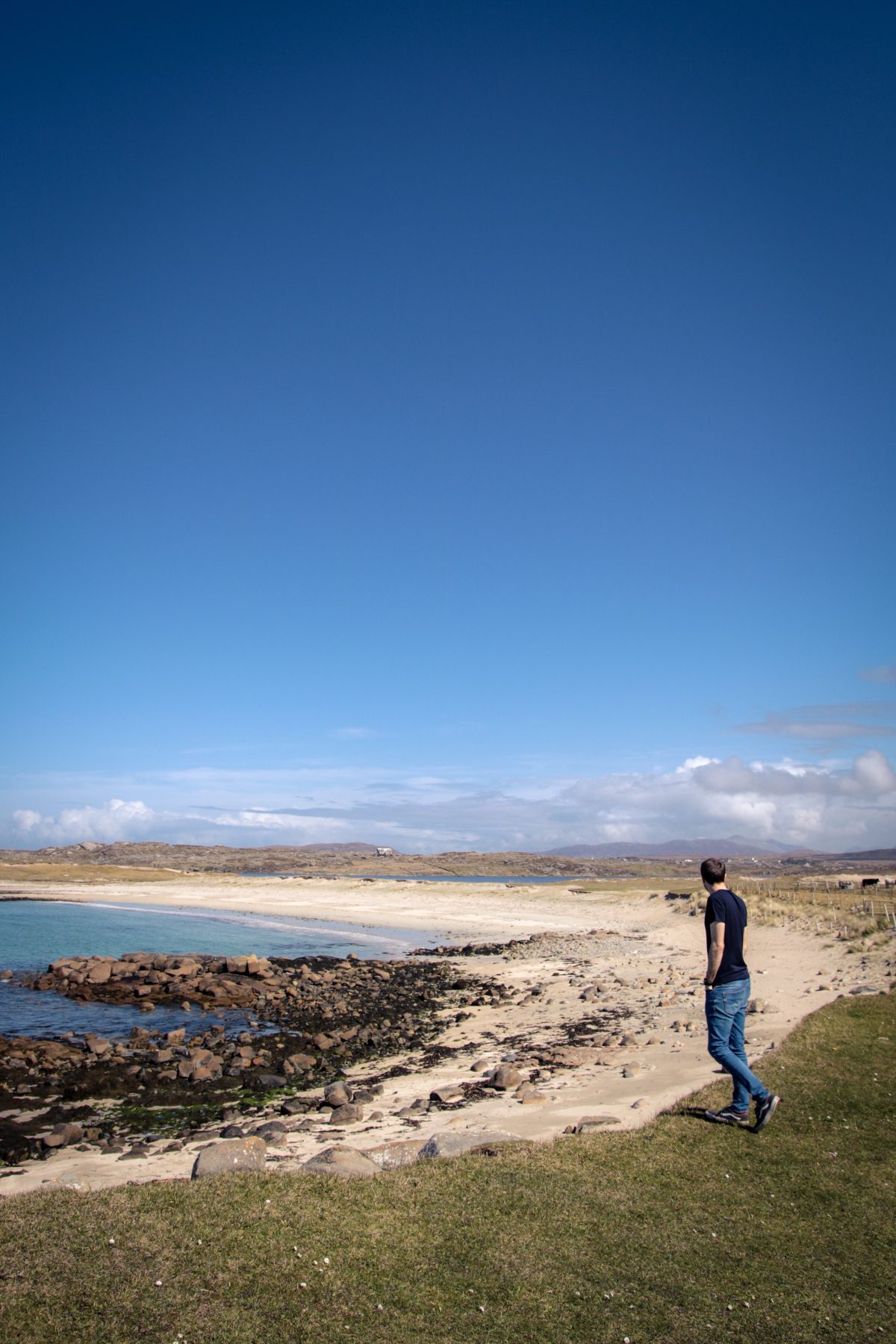 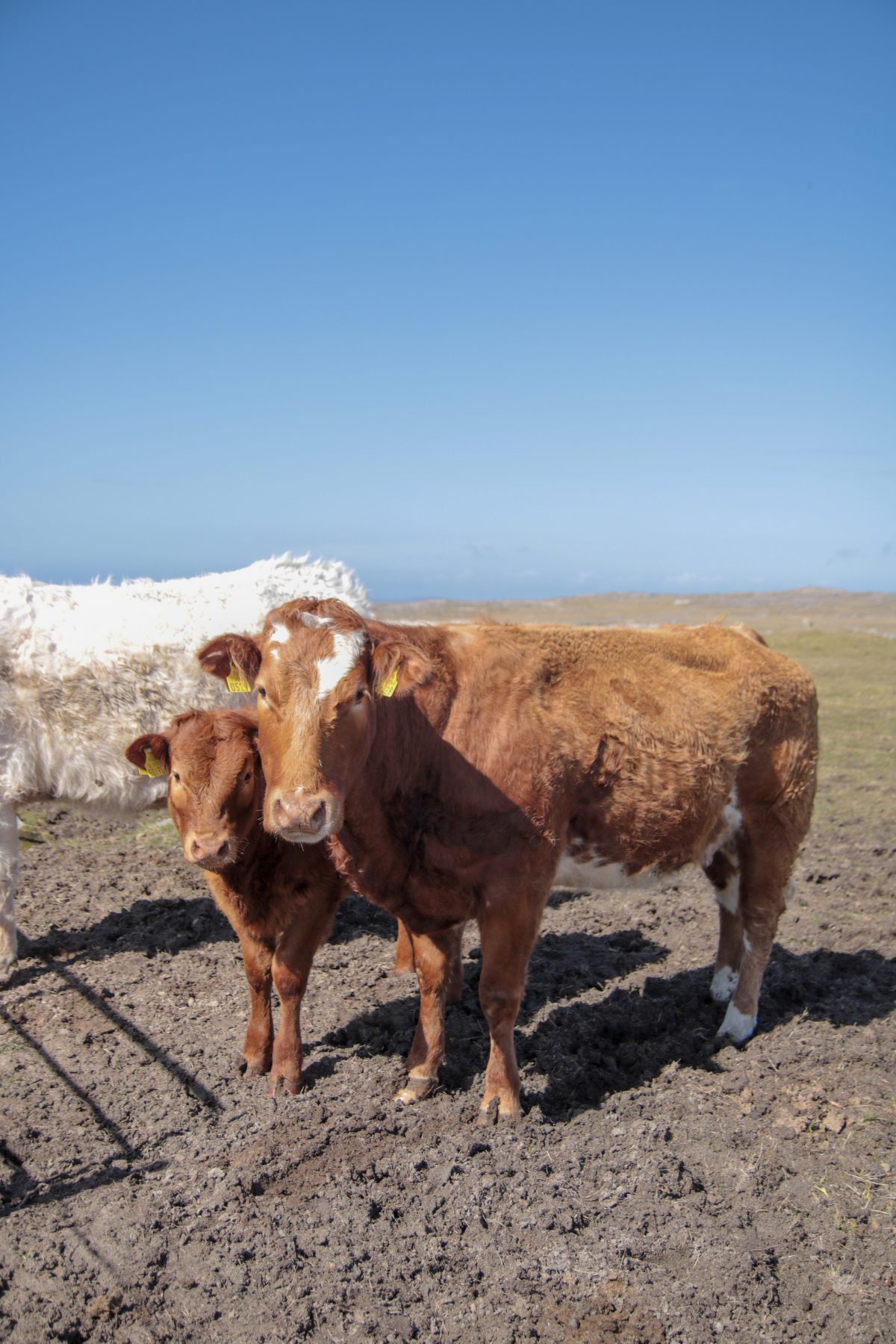 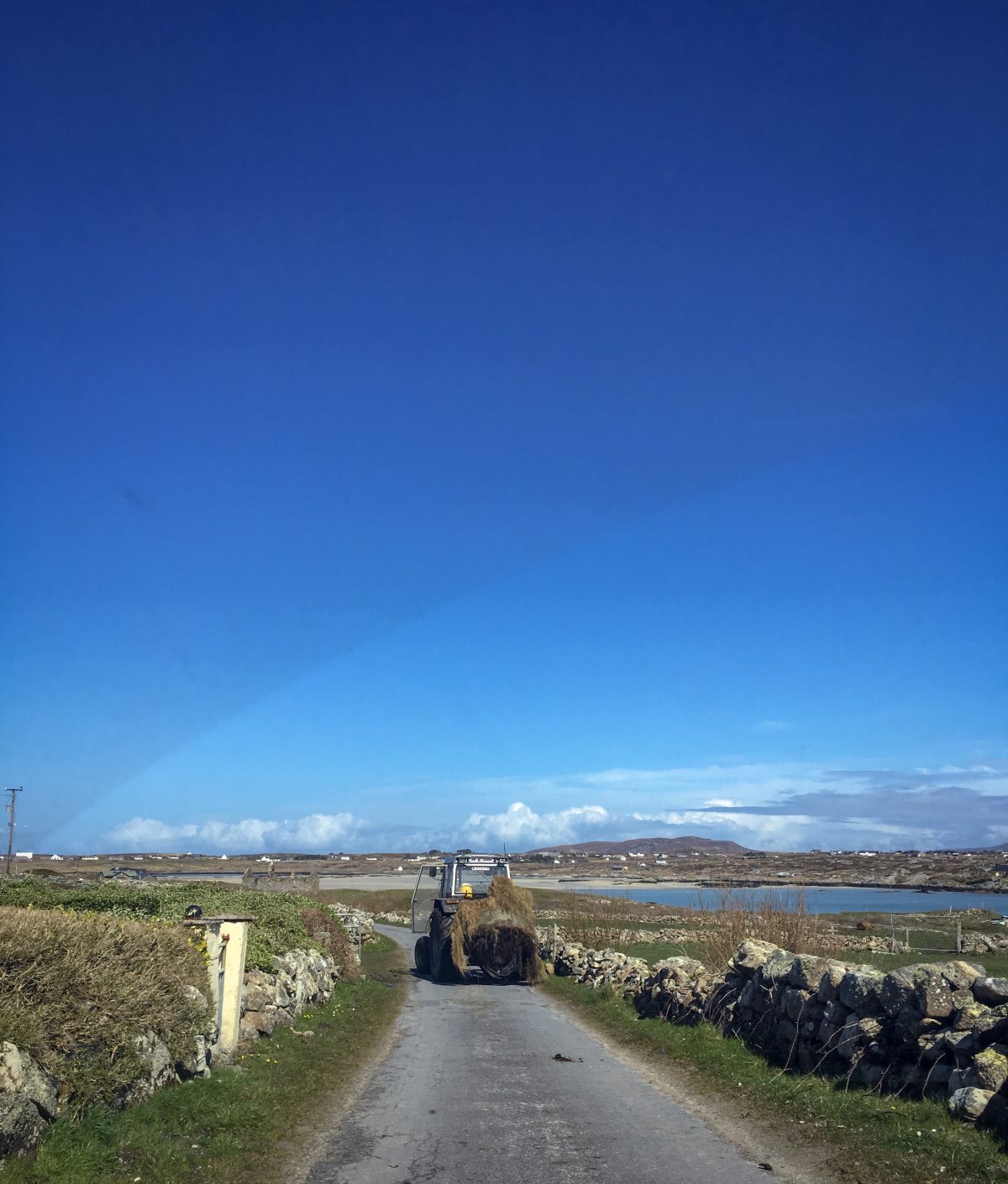 This is probably the most popular beach in the area and for good reason. The bay provides safe calm waters for young kids to splash about it and the water is just as clear as Mannin too. The long white sandy beach is great for walking off a lunch and the mountains behind you provide a stunning backdrop to gaze up at when you walk back to your car. Roundstone is close by too and a lovely harbour town to grab some lunch in. 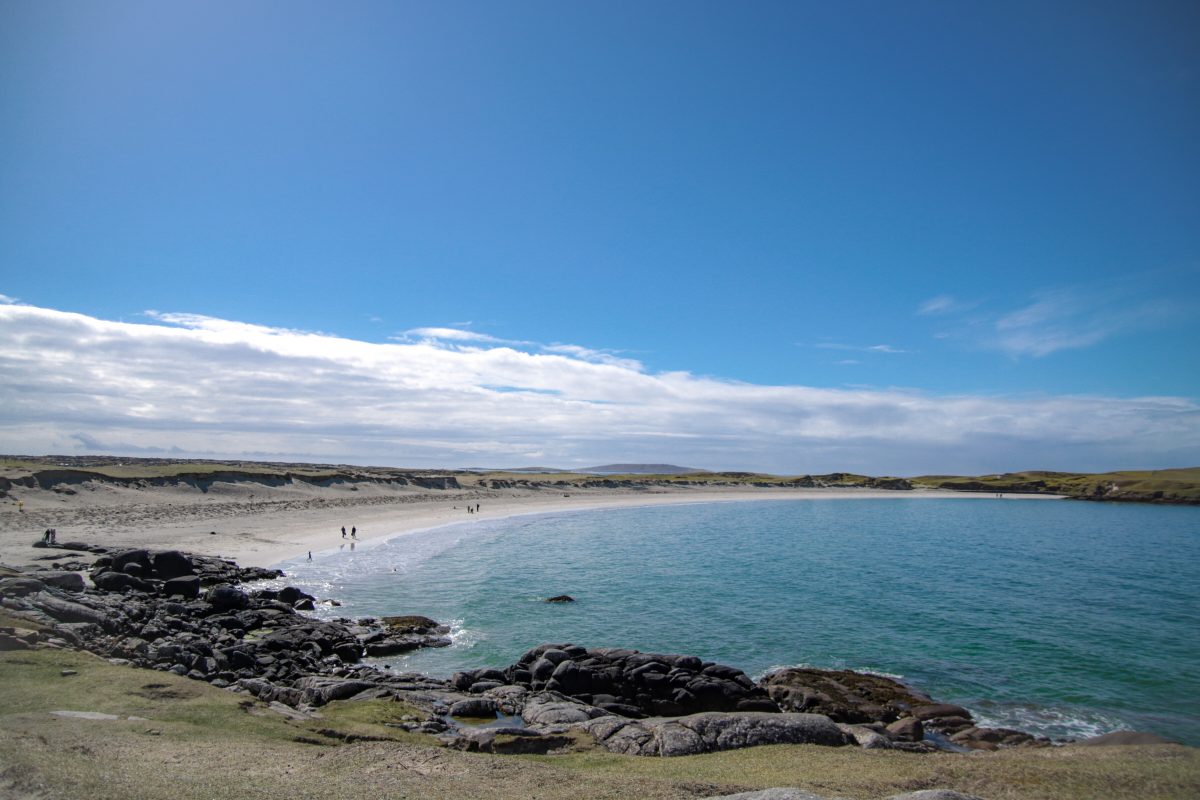 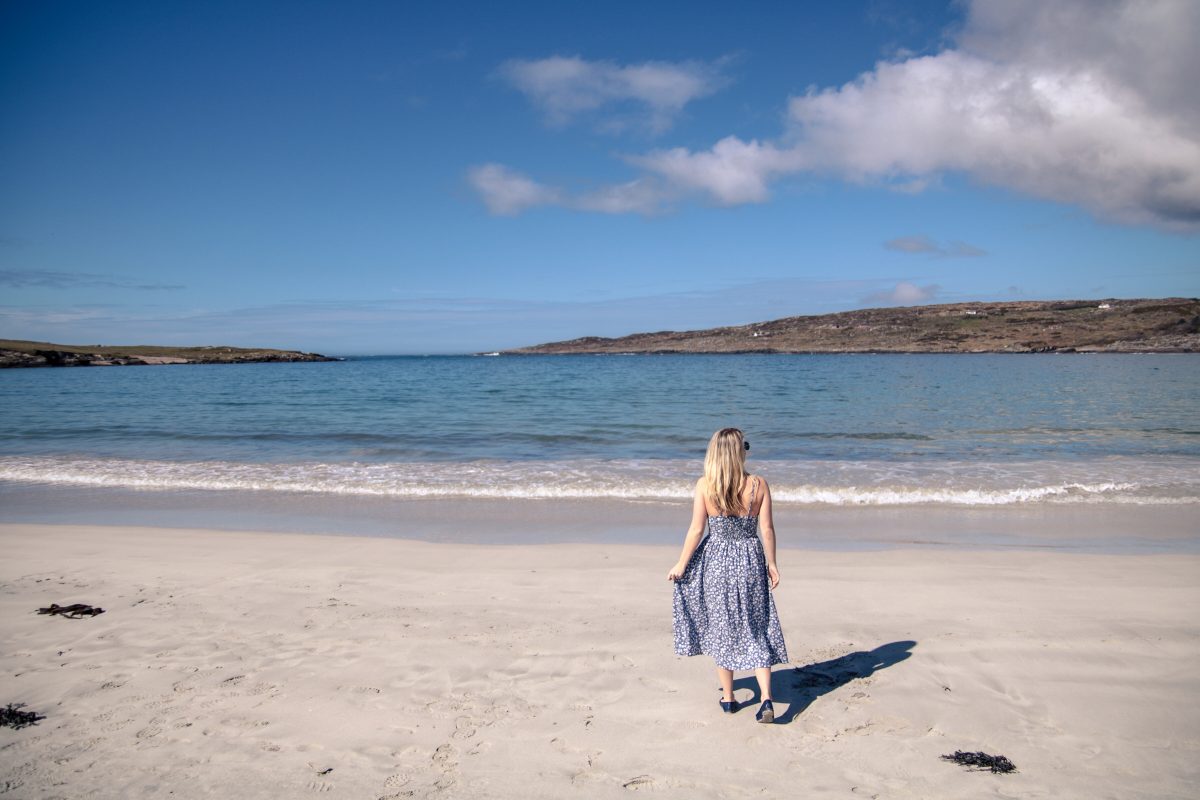 Typical of Ireland, this beach is known for its folklore since it’s said that if you pick up a fistful of coral in each hand, you have two choices. If you want to have luck in love then you through the coral in your left hand over your left shoulder. If you want luck in money then you should through the coral in your right hand over your right shoulder. You can’t do both though, sure ye can’t have too much luck! This beach has some of the warmest waters in the region so don't be afraid to take a dip in if you’re feeling the need to cool off from the Connemara heat.

Surviving February: 6 Actions to Take When You're Ready to Make a Change