4 Remedies for the Sniffles

While I have welcomed autumn with open arms and have been happily retrieving my much missed hats, scarves and gloves from the back of the wardrobe, there is one thing that I fear when the chilly air arrives: The Sniffles. It's appearance can almost be timed to the very second because once September comes round it's like everyone around me has noses like taps and eyes that continually weep. I work in an open plan office with nowhere to hide so it's like an absolute bonanza for bacteria. To prevent cross-contamination I try to avoid getting close to anyone who looks even a smidgen under the weather. What made this difficult recently was a training day I had to attend last week. One of those interactive, show-everyone-how-fun-you-can-be workshops with lots of exercises and TOUCHING. To my joys I was sitting next to a girl working on the floor above mine who seemed lovely but appeared to be on the brink of death. The woman was dosed to the high heavens and was throwing strepsils in to her at such a rapid rate I was surprised her tongue was still hanging in her mouth. As I talked to her without actually turning my head for fear of breathing in whatever deadly, menthol-riddled fumes she was exhaling, I calmly told myself I'd be grand as long as I didn't have to touch her. And then the speaker chimed in telling us we'd be playing a game. In pairs. Feck. We were paired up and told to face one another as we'd be playing a game of strength and usually I would be ecstatic in this circumstance because I'm competitive to the core and having to compete with someone who could barely see me through the Lemsip haze would have been no contest. However I was too busy thinking how I could touch her hand without really touching her hand when it was too late. She had already taken it, as it seemed she was happy to pass on the malady she had been stricken with, a little bit too happy if you ask me, and I waved farewell to breathing through my nose for a week. The thing is though I hate being sick and for good enough reason. I try my hardest to avoid the hospital at all costs which, unfortunately, is not easy with CF. When you're inside (I refer to it like prison because the meals are crap and you are subjected to the shouts and roars of the crazy people in the cell/room next to you) it's a reminder that I have CF and will always have it for the rest of my life. When I do have to go in some people say things like "I wish I could get a few weeks off work!" or "Think of all the boxsets you can watch!". Now I fully understand they mean no malice with their words and the last time I was in I did ingest A LOT of GBBO but I still despise the place. Hospital can feel overwhelmingly lonely despite the fact there are nurses, doctors, physios, dieticians, cleaners, social workers and visitors in and out all day long from 6am to 12am. It's great to be in my jammies all day but I would much rather be at home complaining about a day at work. While I have already fallen once this autumn (I'm writing this from my couch and my surroundings are something akin to a drug den), having the day off feeling lousy started me thinking of all the wee remedies we have here for the cold. Living in a damp climate means that most of us will catch whatever fun things are going round and although buying painkillers or cough mixtures over the counter can be a quick fix, it can also be expensive. I've listed a few things I like to try out in desperation and old remedies that I've been taught over the years. 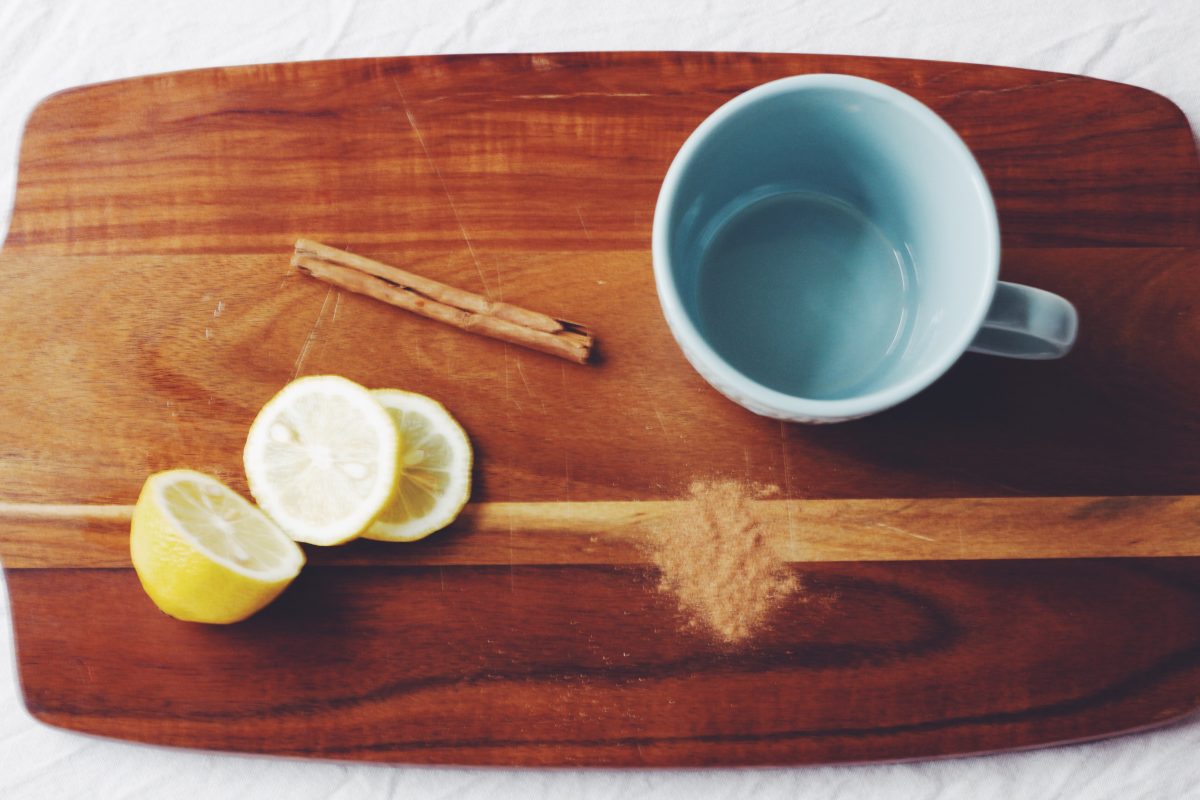 Hot Ginger Tea Ginger is great for inflammation which causes that whole blocked up feeling you get. My head feels about 20 tonnes at the moment so this is something I like to turn to to help get a bit of a relief. All you need to do is grate a few tablespoons of ginger and add hot boiling water, lemon juice, honey and cinnamon. I like to leave the ginger to stew a wee while to get a good kick of flavour. Steam Bowl Nothing reminds me of childhood ailments than sitting at the table with a towel over my head and a bowl under me with Vicks Vapour Rub dissolved in water so hot it felt like your face was melting. When I would come up for air I'd be shouted at because it wouldn't work - darling memories! What works just as well is about 10-15 drops of tea tree or eucalyptus essential oil in hot water which clears out those sinuses - just keep the bowl underneath you for the drippiness. Hot Whisky This is a drink I look forward to if I'm sick or not but it's a great tonic for a sore throat or a crappy Wednesday. I throw about 50mls of Jameson's whisky in to a mug along with a slice of lemon, teaspoon of honey, a cinnamon stick and 3 cloves and that's it! You've got yourself a PJ cocktail party. Just go easy because no one needs to be sick and suffer a hangover. Garlic My Grandpa Francie was a great advocate for the benefits of garlic and took garlic tablets regularly. It's nicknamed as the Russian penicillin for its healing properties but it's also really great for the heart too. You can take it crushed with some hot water if you fancy or you can buy the tablets if you're a lazy Susan. One last tip though is to always have yourself stocked up! Make sure to have all the goods you need ready for the mornings you wake up feeling like a half of a human by gathering the essentials at your next grocery shop. You'll thank yourself later!! 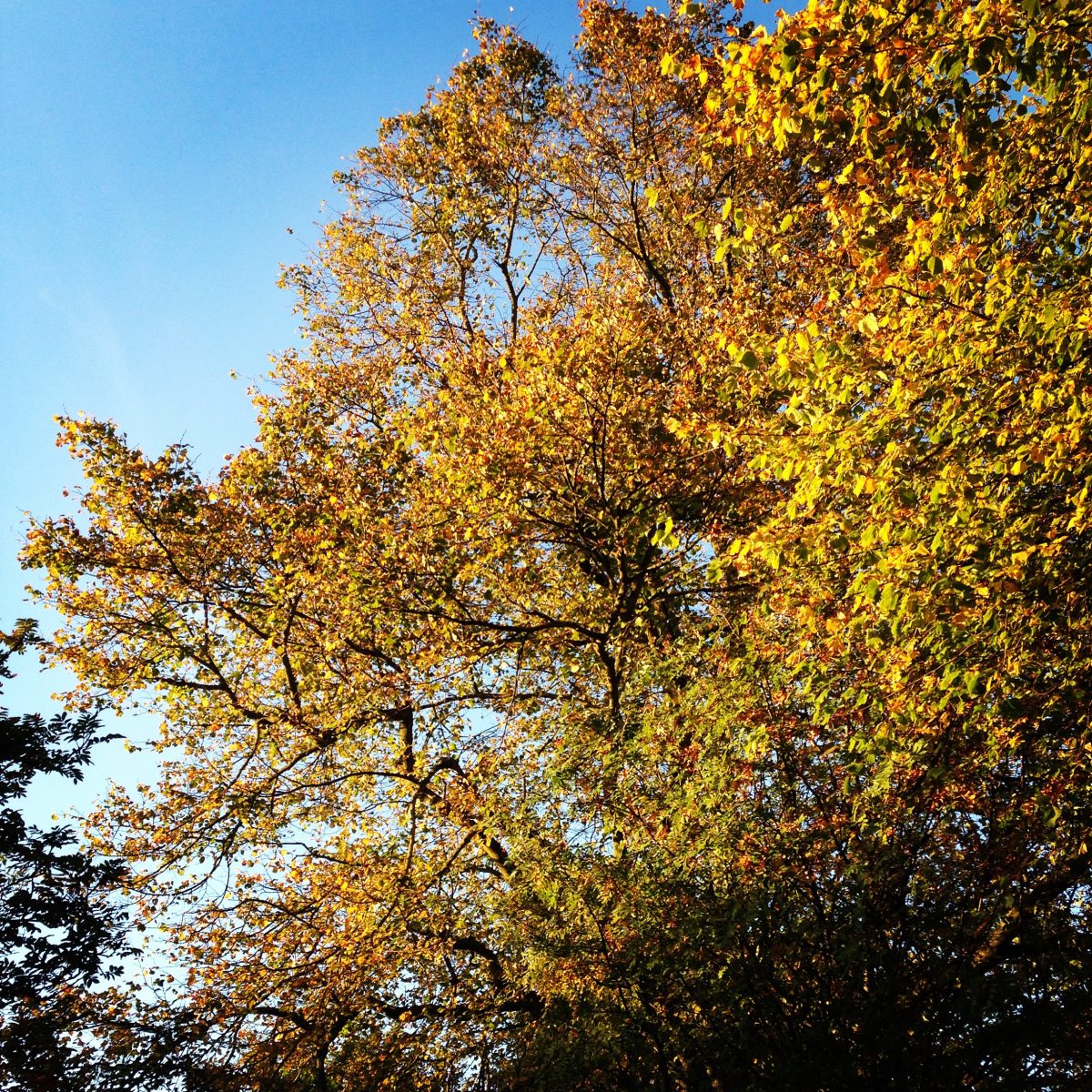 Good luck to all of you this autumn! Wrap up and stay at least 50 metres from just about everyone you meet and you'll be just fine :)

20 Ways To Be Creative

5 Lessons I Learned Backpacking in Australia