Things To Be Proud Of

"That's it for another year" is a phrase that is spoken by every person on this island once the Christmas festivities come to an end. I said it myself today as I slowly packed away our tree and decorations and sadly realised I won't be seeing tinsel for at least 11 months - we need to find more opportunities for tinsel! It can also feel a little rushed when we're frantically buzzing around trying to see all the relatives and friends we can so that when the moment does arrive where we can finally put our feet up and appreciate the music, decorations and festive tipples, it flashes by us and we're left wondering where the days have gone. I'm back to work tomorrow and although I have thoroughly thrown myself in to life as a lady of leisure (I made soup AND brownies today!), I'm a creature of habit and miss the routine of a working week albeit not really the working bit. However, what the last few days of doing pretty much nothing has enabled me to do is to reflect on the year that has passed me. A New Year brings half-assed resolutions which some of us (me) will never keep and make us (me) feel like failures by February. While it is a healthy thing to look ahead and give ourselves goals which will give us the motivation to get through the rest of winter, I like to take a moment to look at the things I've already achieved before I've decided it's not enough. 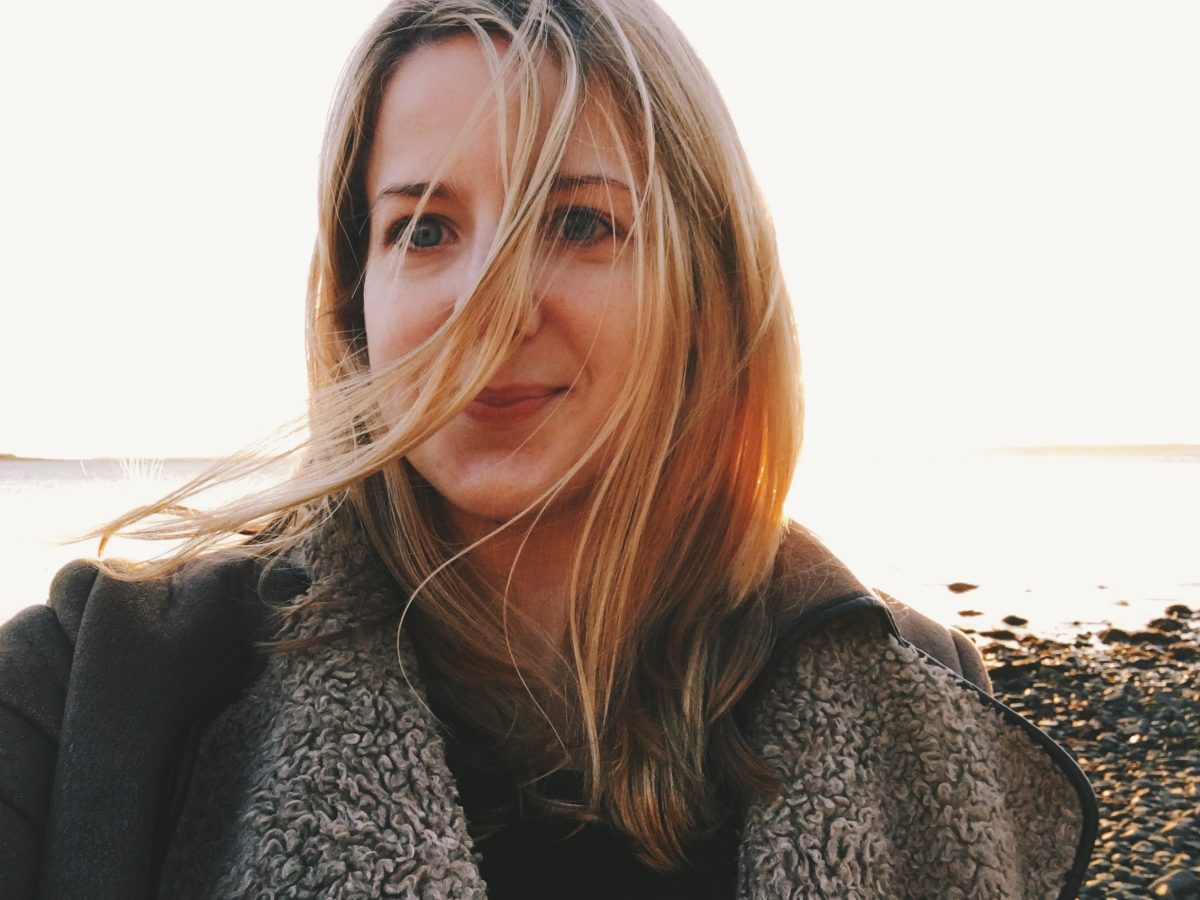 This year saw a fair bit of change for me. Andrew and I moved in to our first home together which I love and after years of living abroad, I finally feel settled and happy in Ireland. I also got a new job working for a big finance institution which again was so far removed from what I was used to but an opportunity I felt I couldn't pass up. In between these changes, I've also had up's and down's - skiing the French Alps, a hospital admission, friends getting engaged, family loss, seeing Copenhagen with my little sister. There have been days when I have felt lost and alone and there have been days when I have felt so much joy I could burst. The dark days can feel unbearable but it's having the ability to push through them in the knowledge that it's all temporary. As the wondrous Leonard Cohen wrote,

"There is a crack in everything,

That's how the light gets in"

Yes, 2016 was a year of changes and no doubt 2017 will have a few more in store for me but I want to take a second to give myself a pat on the back for a few things. Things that have scared me but instead of shying away from them, I have relished in the challenge. Here are a few of my own for this year... 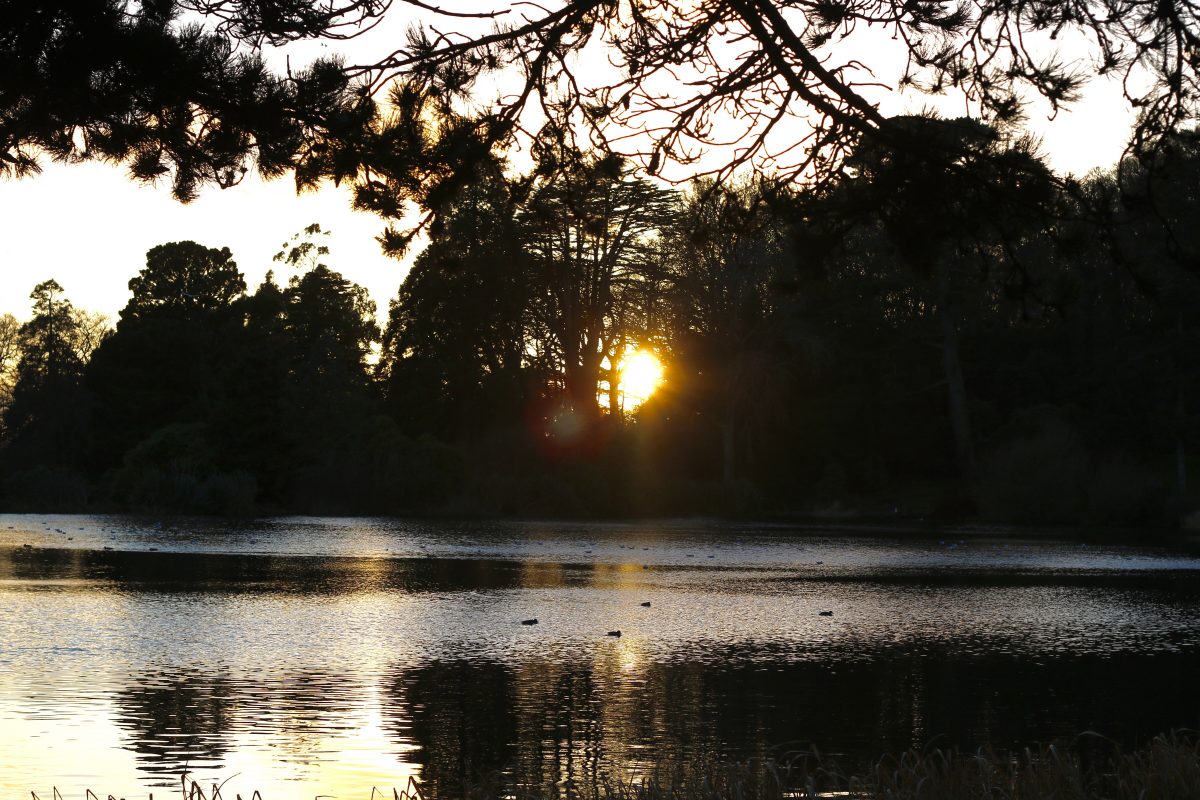 An obvious one! But the one that stands out from everything. Writing a few posts a month has taken a lot of dedication but above all bravery because there is no scarier thing than sharing your words with others. It wasn't so much the judgement of strangers I was most afraid of but those of the people who knew me which is why it took me so long to share the blog on Facebook. How wrong I was because when I did decide to share the blog with friends and family, I got the most amazing feedback! What I thought was just rambling nonsense was in fact an important message for some people and while I still don't see myself as a writer by any means, I do have so much more confidence in what I'm trying to say. It has also led me to other bloggers from NI who I greatly admire and have been able to take so much inspiration from. I will be blogging away in 2017 but 2016 will be the year I laid my heart bare and I will always be hugely proud of that. New Industry I have a degree in Ecological Science so a career in a financial institution is not exactly where I saw myself going so when I interviewed for the job and walked through the sleek offices and past the people in suits, I felt a little like a sell out to say the least. However, in this part of the world there are few places where you can climb the career ladder while learning a vast set of skills so I felt it was an important move. Nearly 6 months later I still feel like I'm getting to grips with the corporate scene but massively grateful for the benefits it's given me. I'm now volunteering weekly at a local school, taking part in mindfulness classes on lunches and yoga classes after work - I have the whole work life balance down! It wasn't all easy for me but I'm proud I took the leap of faith because it's introduced me to a pretty great career. Health Getting older with CF is a little scary to say the least so fitness is not an important but a necessary part of my life. I was hospitalised in June for the first time in three and a half years and although that was a great achievement to have been out of hospital for so long, I found it very difficult to be away from Andrew. I promised myself that I would concentrate more on health and less on trying to pretend that I'm just like everyone else because as frustrating as it can be, I'm not. Luckily my good buddy Gareth opened a gym in Belfast a few months ago and he took me under his pumped up wing and flung me in to PT sessions. I am by no means a natural gym-goer so it took me a few weeks to get used to the shame of not being able to lift the teeniest of weights but after a while I started to see some changes. Not just in my muscles (hello back muscle I never knew existed!!) but also in my lung functions which stayed in the high 70's most of the year - woop woop! Just call me Arnie guys. Skiing We went skiing in January which was my second time on the slopes (the first being 12 years ago!) so needless to say I was bricking it when I put on the skis. I hadn't realised what I was doing until we hopped off the gondola and were clipping our boots in place while staring down the most beautiful mountain I'd ever been on. What the feck was I doing?! I should've booked lessons!! Off I went with my knees quaking and pretending to Andrew that I was grand and telling him to go on ahead when in actual fact I was wondering how to get back on the gondola again. I carried on though and after a few hairy moments I remembered how much fun it was and how amazing it felt to glide through scenes that were straight from a post card. On the fourth day I even braved a black slope with Andrew and his friend Simon which was basically a glass bottle. I was terrified and amazed I managed it but I felt like a champion so for that I am proud. Creativity Now I know the blog sort of falls under creativity but writing aside, I've also been taking the last year to flex my creativity muscles which, like my back muscles, I didn't really know existed! I've always been interested in making homemade products and my Pinterest is clogged with ideas so eventually I pushed myself in to making a few candles. Once I realised how easy it all was I branched out in to soap, lipbalm, exfoliants, body butter and next thing I know I'm drowning in essential oils! I decided to hand out a few in Christmas hampers this year and they went down a treat so I now know what everyone will be getting for birthdays this year! So those are a few of the things that have made me chuffed to be me this year. I will be making a few intentions for the year ahead but looking back on the past year has allowed me to appreciate the little things I have achieved and knowing what I can do differently. Please let me know what you're proud of doing in 2016 and the accomplishments (little or small!) you'll be taking in to the New Year! Let's bring as much positivity in to 2017 as we can!

The Struggle With Being Present

Treat Yo Self: 4 DIY Face Masks