What I'm Reading This Autumn

There's many things that I love about Autumn; the delicious crunch of orange leaves, crisp air on a bright morning and the cosiness of a forgotten favourite jumper, rediscovered after spending months at the back of the wardrobe. All these little joys make my Autumnal heart sing but what I treasure most of all about this time of year is the prospect of new books to bury my head in to while the days turn dark and cold. 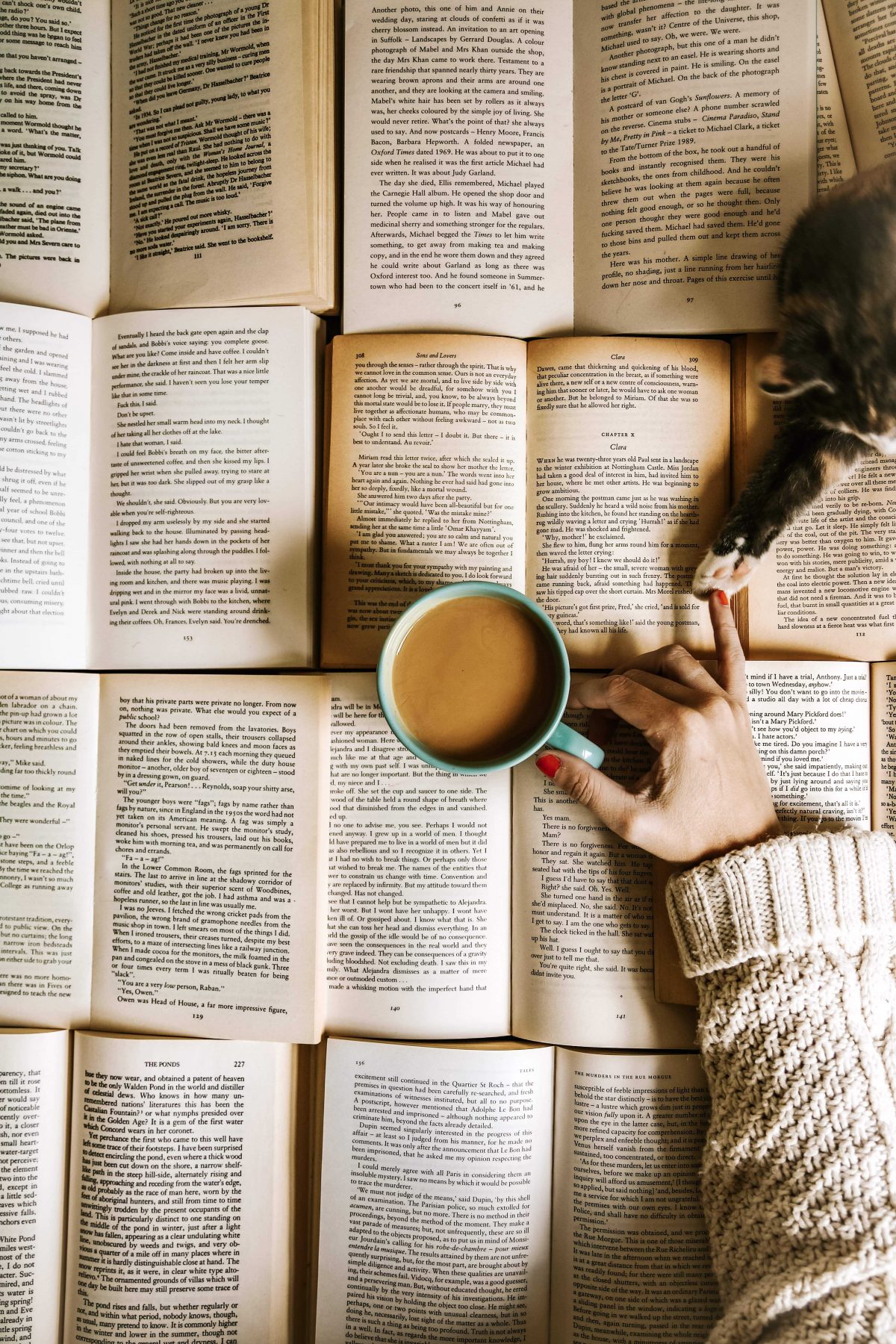 I try to find the time to read throughout the year but this season brings that back-to-school enthusiasm for reading that I sometimes fight to maintain. The types of book I gravitate towards get a little darker too. Gone are the light-hearted beach reads and in to replace them are the stories that will burn in my brain for weeks. 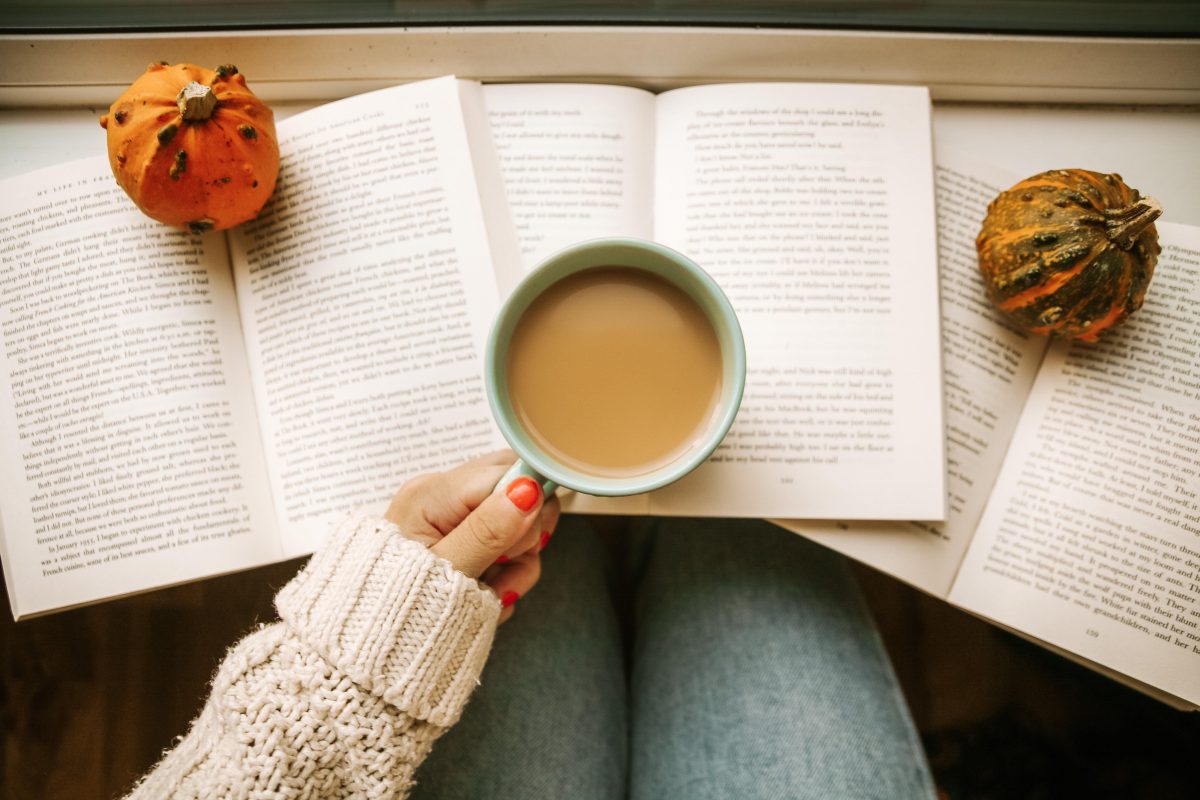 I've selected a variety of reads to keep my interest up; I get bored quite easily with books so I find it helps to have an assortment on my bedside table depending on what mood I'm in. I've provided the Amazon links to all of these books for convenience but I recommend visiting your local library to find copies of these fantastic reads. The local library is such a treasure and while it's super easy to just order a second hand book online, there is so much to be said for perusing your local aisles for inspiration and all for free too! 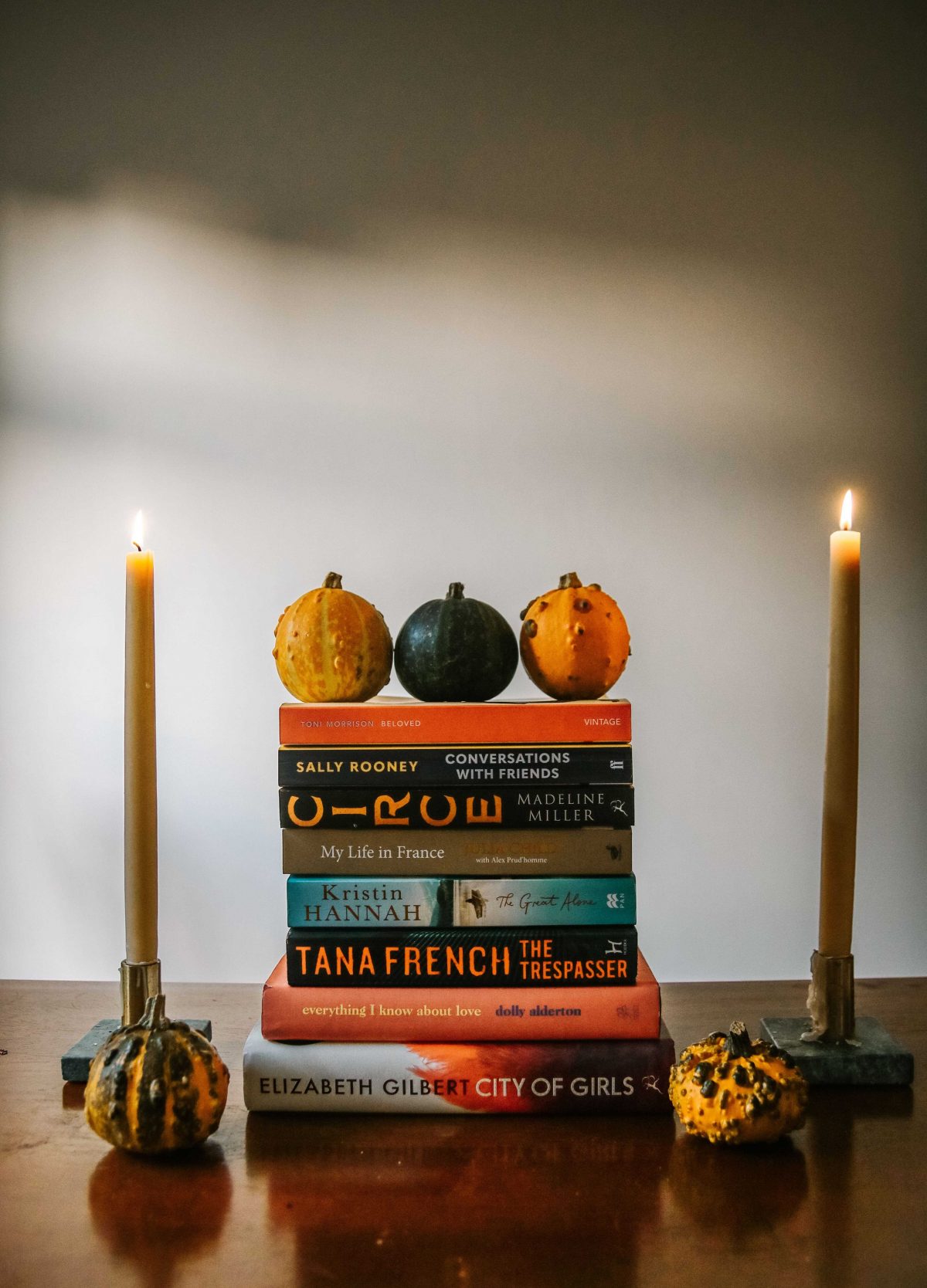 I hope you're just as excited as I am about the season ahead and that these suggestions will encourage you to dip your toe in new genres. If you already have a few titles in your to-read pile then please share them in the comments, new ideas are always welcome here! 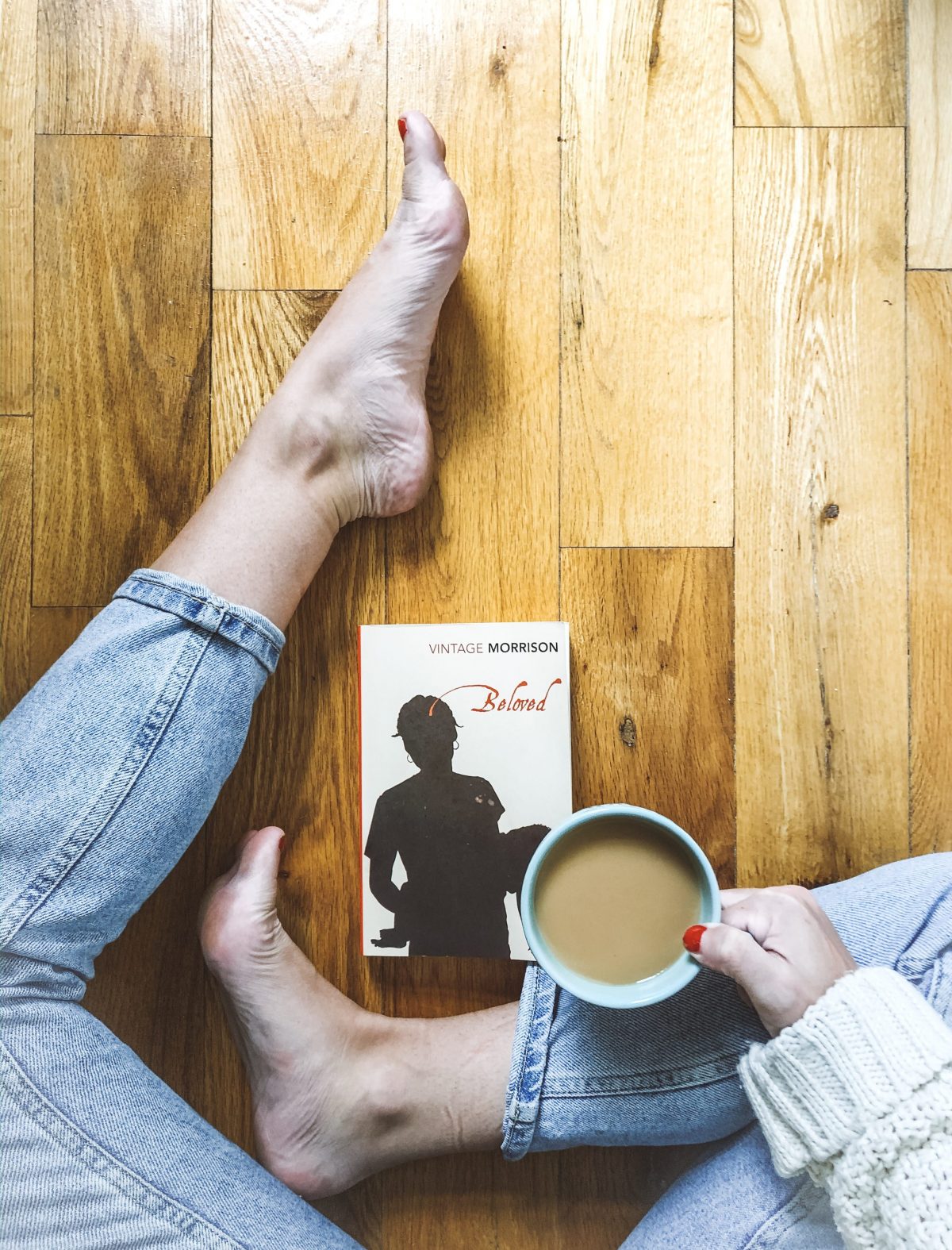 'Beloved' by Toni Morrison What an icon this woman was. Her first book didn't get published until she was nearly 40 (which proves that you're never too old to take a risk) and not only that, she ended up winning the Nobel Prize for Literature in 1993, the first black woman of any nationality to win the prize. Beloved is the first in a trilogy series and won the Pulitzer prize back in 1988. The book is set the late 1800's and was inspired by the true story of Margaret Garner, an African-American slave who escaped slavery in Kentucky in 1856 by fleeing to Ohio. It will be tough to read but it's a necessary masterpiece which deserves to be read by every generation; I can't wait to start. 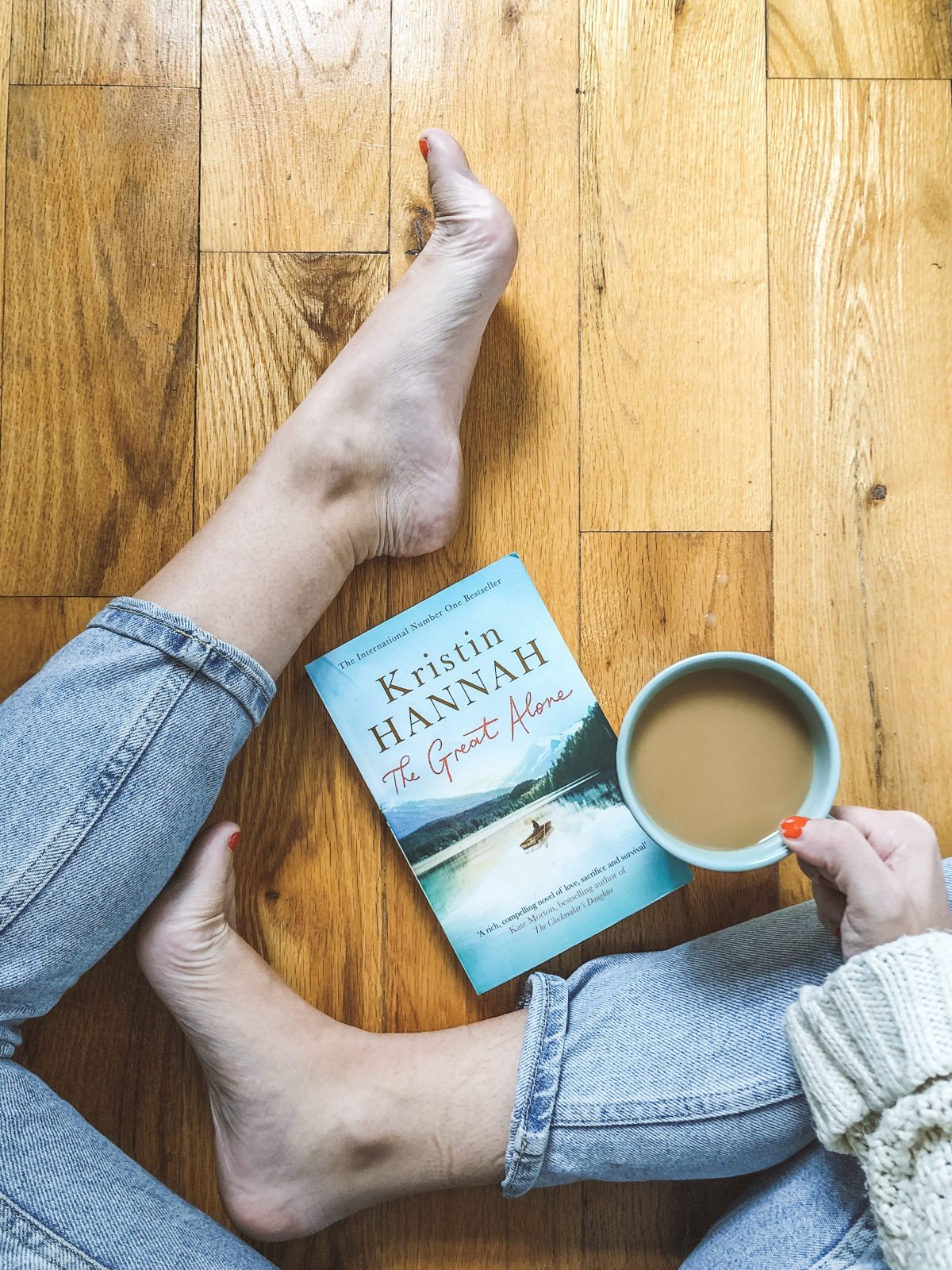 'The Great Alone' by Kristin Hannah There's something about Alaska that always seems to draw my curiosity. It's one of the few places that remains truly wild and untamed by humans and it's the unforgiving nature of its landscape that makes it so appealing to the disenfranchised who gravitate to its relentless wilderness. This book has received brilliant reviews and while I understand there's plots and relationships that are explored in the book, I think it will be the description of the landscape that will pull me in to it's pages. 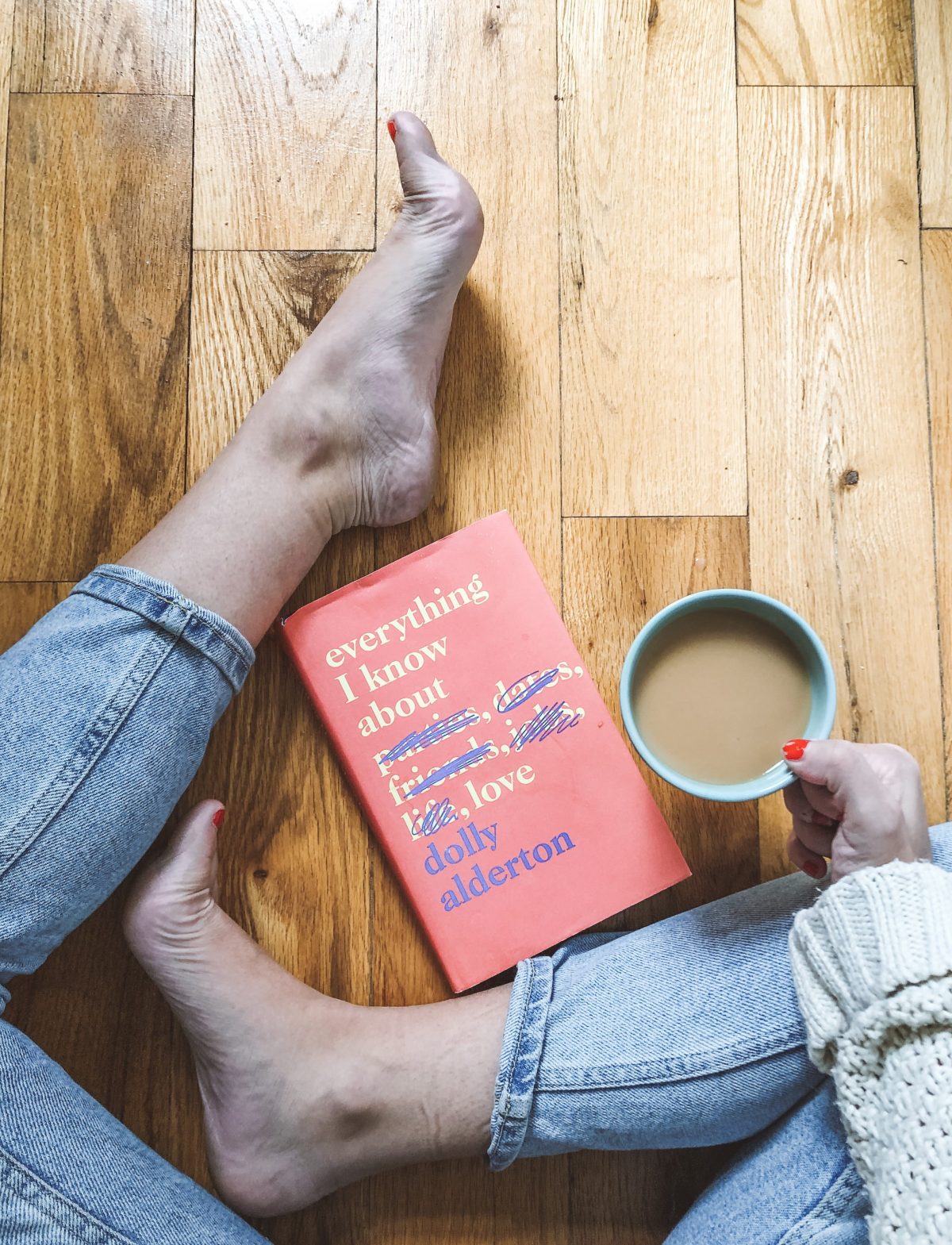 'Everything I Know About Love' by Dolly Alderton Have you ever read about or watched an interview with someone and thought to yourself, "I would definitely be best mates with this person if we ever met". Well, that's exactly how I feel about Dolly. I've read her work for years in the Sunday Times Style magazine but when I read this book a few weeks ago I knew for sure we were kindred spirits. The title 'Everything I Know About Love' gives the impression that the book will contain a guide to navigating the single life along with some hilarious anecdotes about how reckless the young can be with their hearts and while you can 100% find this in the book, it's actually Dolly's friendships with her female friends that are the most romantic. I read this book over one weekend and felt almost invaded upon since the very words I was reading could've have been taken straight from my own experiences throughout my 20s. It's hilarious and toe-curling in parts but it's an incredibly beautiful lesson on how we're all on this constant journey of self-learning and the very best part of it is getting to have amazing women as our co-pilots. 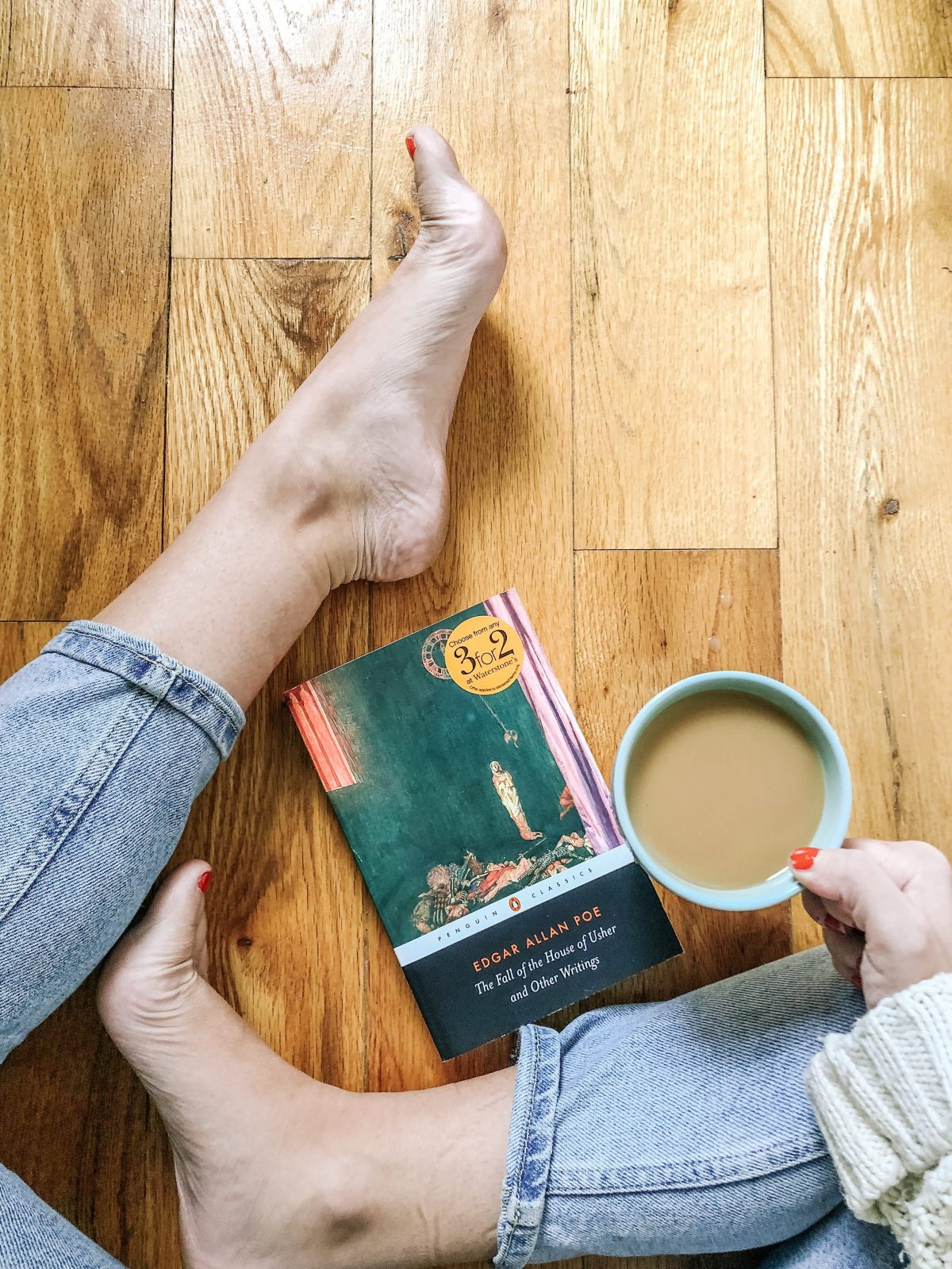 The Fall of the House of Usher (& other writings) by Edgar Allen Poe I mentioned earlier that I gravitate towards darker titles in the colder months. It's something about the approach of Hallowe'en, those misty mornings and windy nights that just make a Gothic horror novel a natural part of welcoming in the season. I've actually had this book on my shelf for a few years now but this is the season I will finally summon the courage to pick it up and no doubt scare the living daylights out of myself - sometimes books are better at doing this than a movie! This is a collection of Poe's short stories and so I shouldn't have to subject myself to his creepy Victorian tales for too long but from what I've heard it's his beautiful use of language that is most memorable. One of the Amazon reviewers tells readers that "it's best to read with the light on" - if that's not a good review for a horror book then what is?! 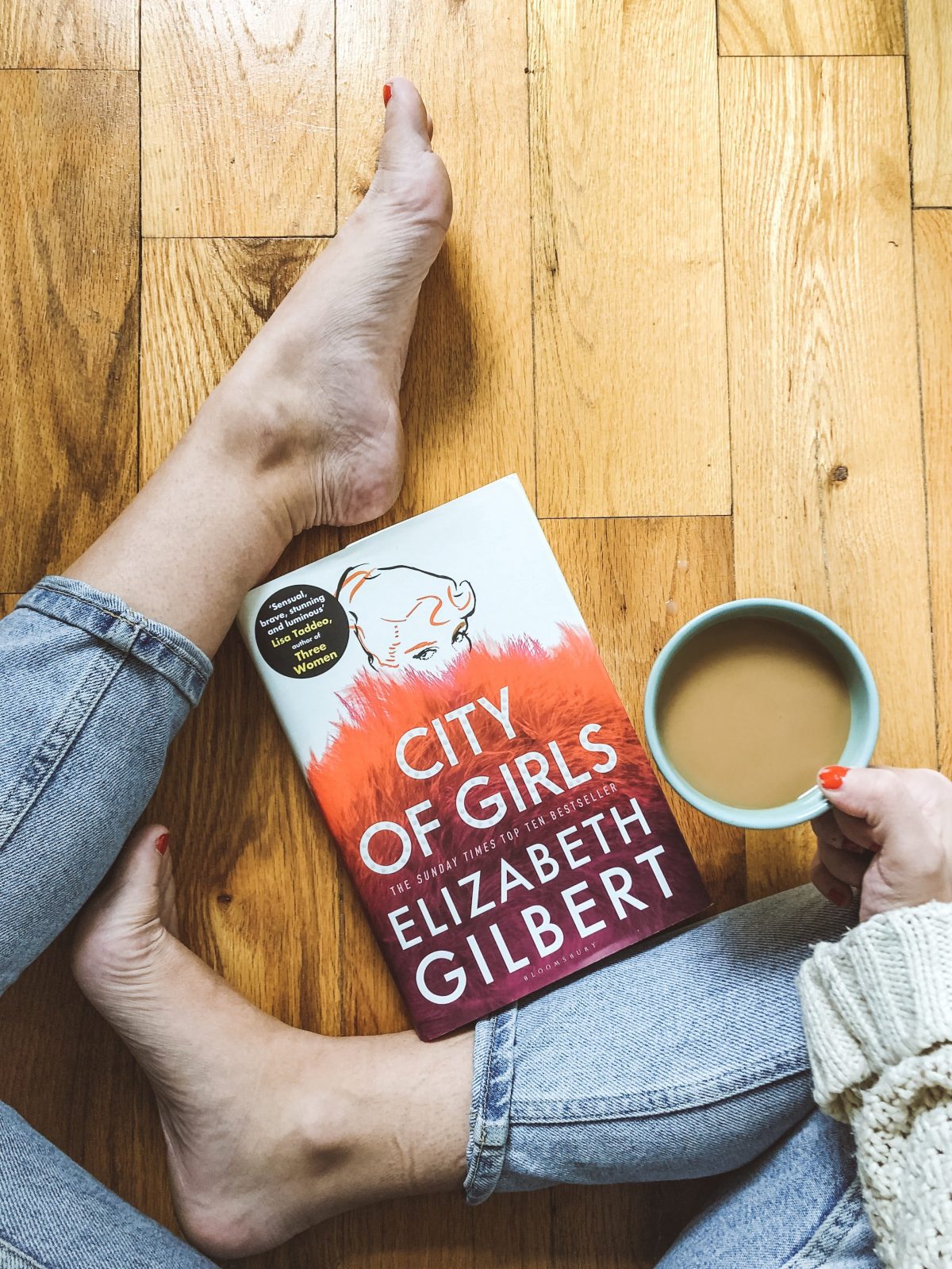 City of Girls by Elizabeth Gilbert Having been published only a few months ago, City of Girls is probably the youngest book on my to-read list and maybe the most talked about this summer. It's written by Elizabeth Gilbert (she of Eat, Pray, Love fame) and if you've never heard of Elizabeth Gilbert then can I ask where the heck you've been? She's probably my favourite podcast guest ever (or host if you count her much missed "Magic Lessons" podcast from 2016) because the enthusiasm she has for personal creative truth and courage is is so contagious it will inspire you to do the very thing you've been scared of doing for years. Despite being a mega fan, I'm guilty to never having read her fiction novels but when I read the reviews for City of Girls I knew I had to change that. The story is set in 1940's New York and follows 19 year old Vivian who has been exiled by her parents and arrives in the big city with only her suitcase and sewing machine. The reviews have been glowing, particularly this one by the Guardian and I can't wait to get lost in Gilbert's New York. 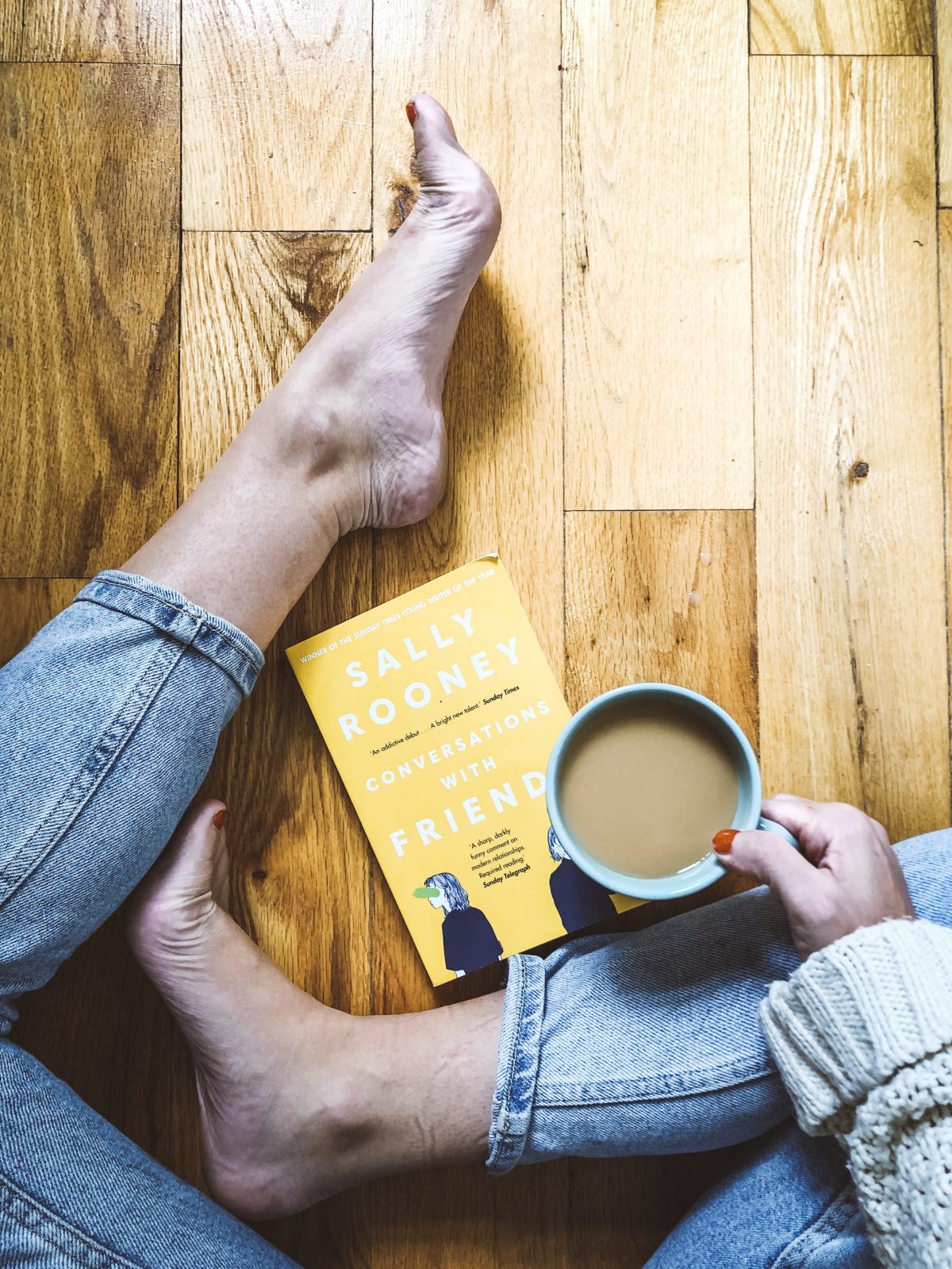 Conversations with Friends by Sally Rooney Sally Rooney is Ireland's literary answer to Phoebe Waller-Bridge; her ability to capture the anguish of being young and unable to communicate emotions for fear of rejection is so accurate I think I stopped breathing for paragraphs at a time. I read this book, Rooney's first novel, up in Donegal a few weeks ago and barely spoke to Andrew the entire time we were there. Instead I had a two day affair with her characters who are all perfectly flawed and so real that I felt like I knew them a few pages in. I had already read Rooney's second novel, Normal People, last year and knew I'd love this one however I didn't expect to love it quite this much. I already can't wait for her third! 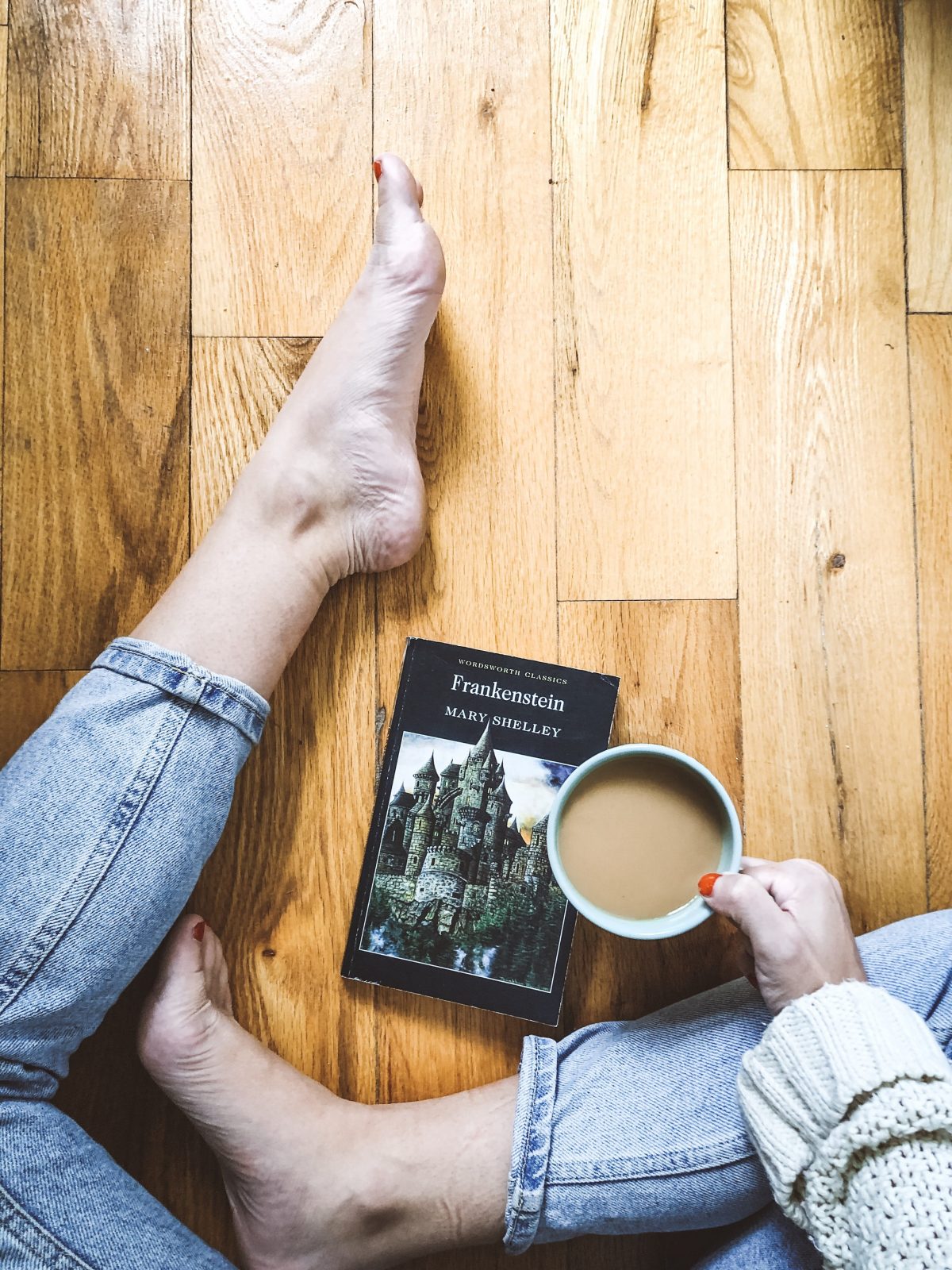 Frankenstein by Mary Shelley Another Gothic classic to delight my spooky desires. Isn't it mad that Shelley was 19 when she wrote this?! She was such a trailblazer and despite being written over 200 years ago, this story still holds up as a beautiful analysis of human nature. I'll be reading this surrounded by pumpkins under the light of a full moon to really get in to the drama of it all. Or maybe just in bed drinking a cup of tea and eating a bag of Monster Munch. 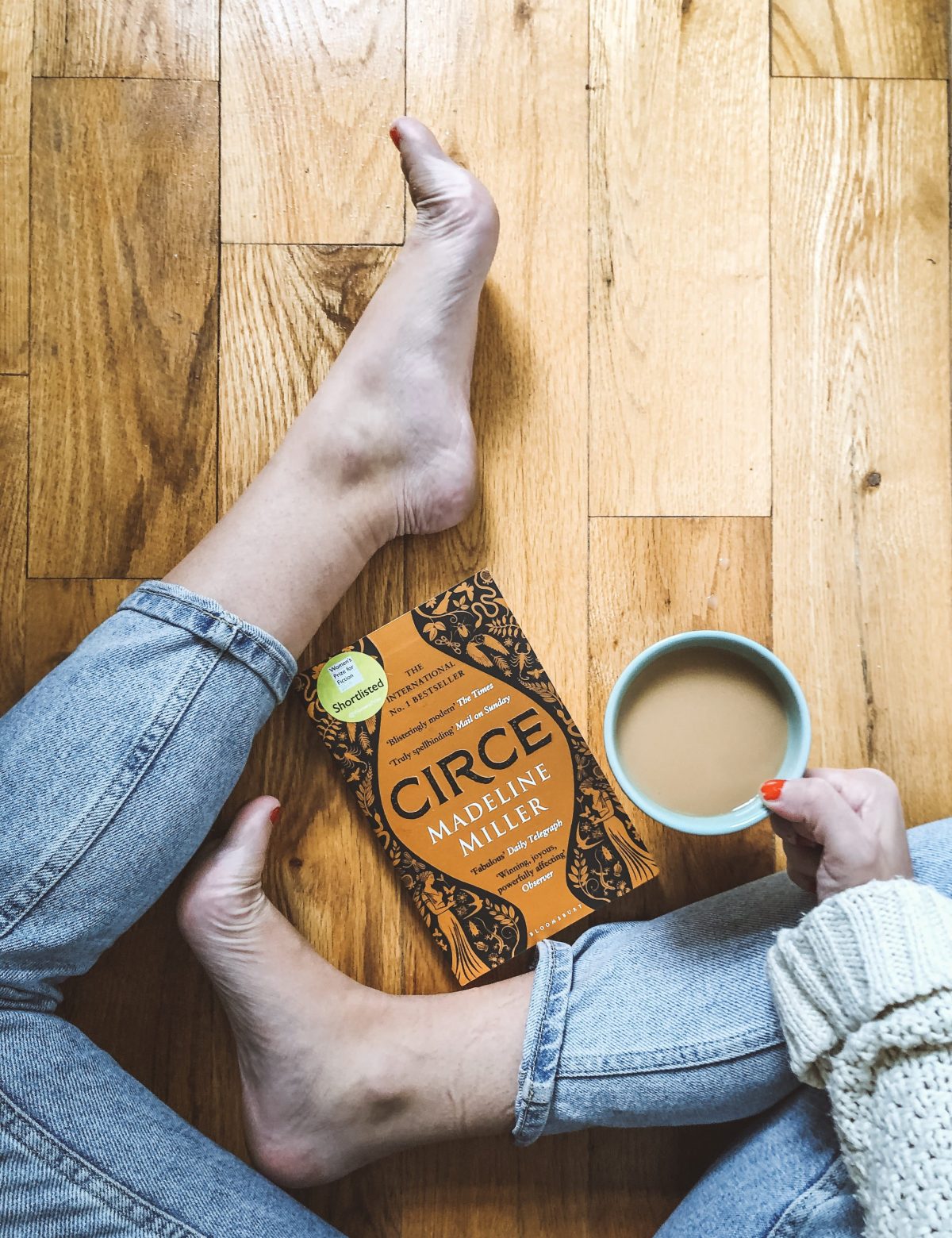 Circe by Madeline Miller You can't have a book on your Autumn reading list that doesn't include a bit of witchcraft, right? Circe is a re-telling of the Greek Odyssey and centres around Circe, a goddess who is banished to the island of Aiaia when her gifts start to threaten the gods. It's a tale of "family rivalry, love and loss - the defiant, inextinguishable song of woman burning hot and bright through the darkness of a man's world", a wonderful accompaniment to a time when women's voices are finally coming to the fore. If that's not enough to persuade you then the awards should: Circe was shortlisted for Women's Prize for Fiction in 2019 and was chosen as Book of the Year by the Guardian, Telegraph and Time magazine among a dozen other publications. A book for the ages! 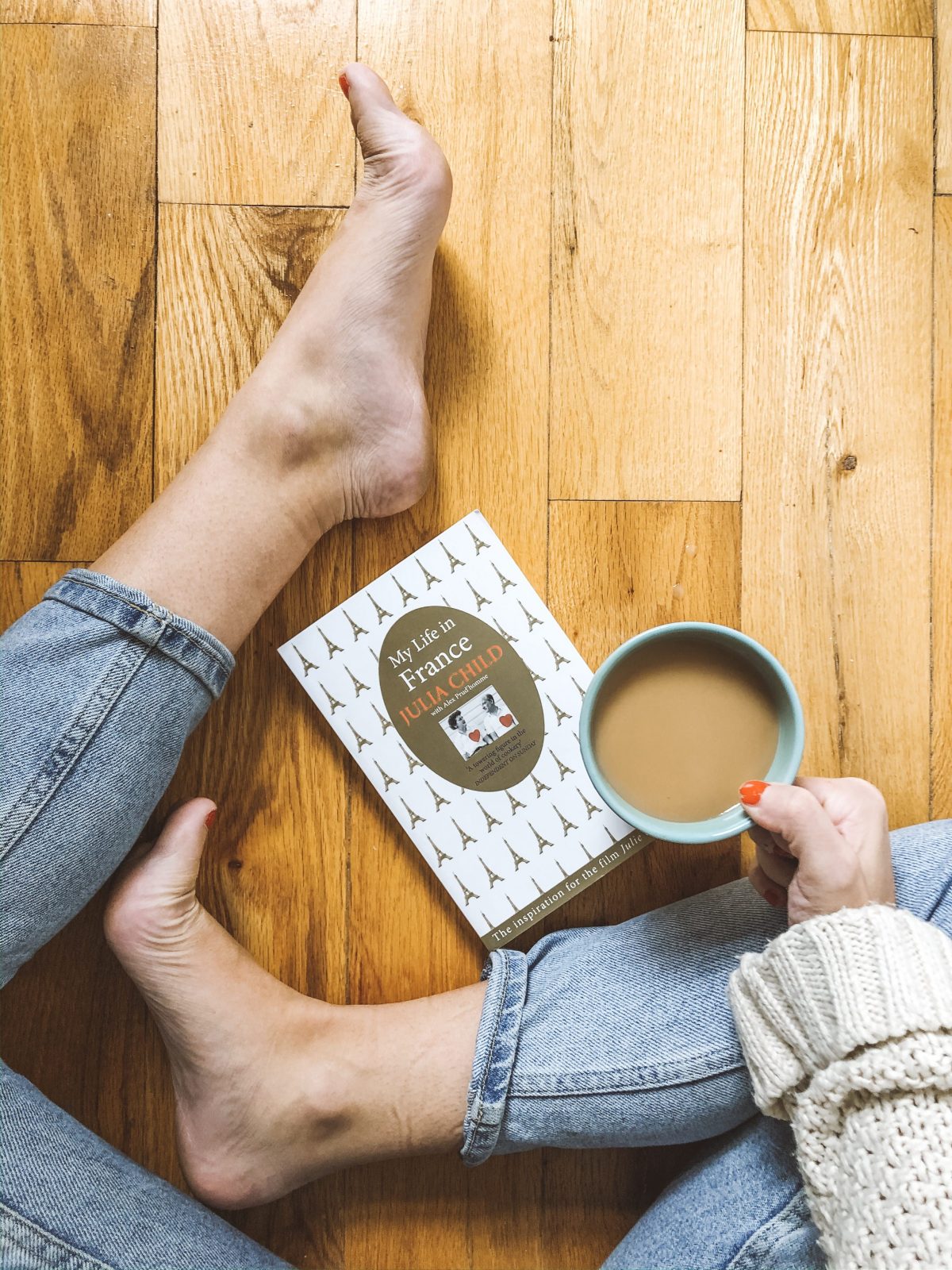 My Life in France by Julia Child Andrew and I are getting married in France next year and I feel like this book is the homework I need in order to get to know the country that will be hugely important to both of us for the rest of our lives. The famous American chef, Julia Child, wrote this memoir of her time in Paris as a newlywed. A 6 foot 2 inch Californian who spoke little French, she fell in love with France (and mort importantly, it's food), eventually becoming a cherished chef and expert on cooking French cuisine. If you've watched the adorable movie Julie & Julia you will have already heard of Julia Childs. Meryl Streep portrayed her (wonderfully, of course) and it was watching this movie that I decided that one day I would live in France. While I haven't quite managed to live there yet, planning a wedding there seems like a pretty decent second best! I'm hoping this book will prepare me for our celebrations or at the very least make me hungry! 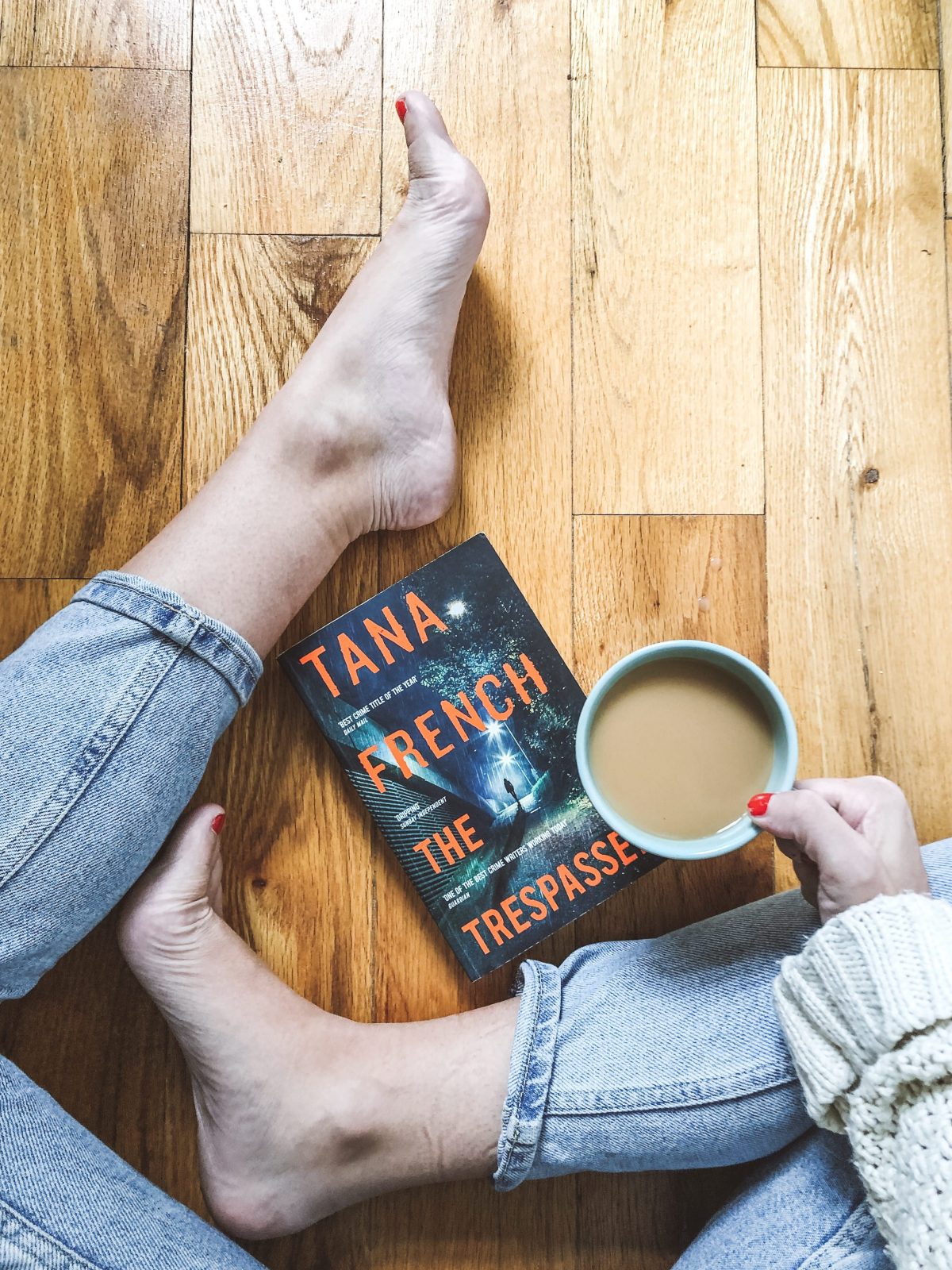 The Trespasser by Tana French Finally in our list we have The Trespasser, a thriller written by the Irish author Tana French. This book is actually part of a series but I've not read any of the preceding books and I've been assured you can read this one as a stand-alone novel. Set in Dublin, this story follows Detective Antoinette Conway, a foul-mouthed, bad-tempered narrator who works on the Dublin Murder Squad. It's a psychological thriller which is my favourite genre to read if I'm wanting to immerse in a story quickly and without too much work. The whole series has great reviews and if I love this book as much as I think I will, it's great to know I have a host of books to go to next. 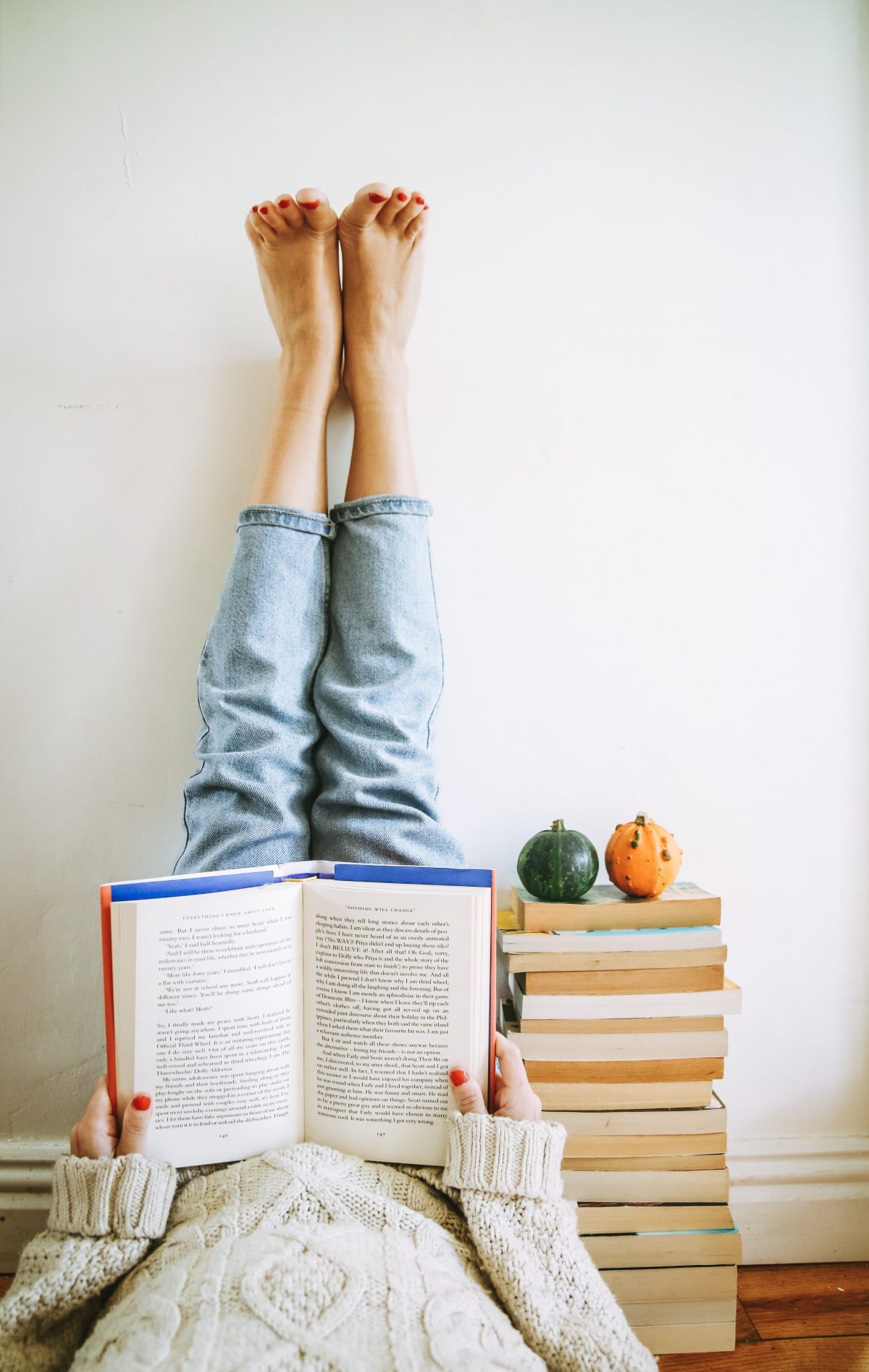 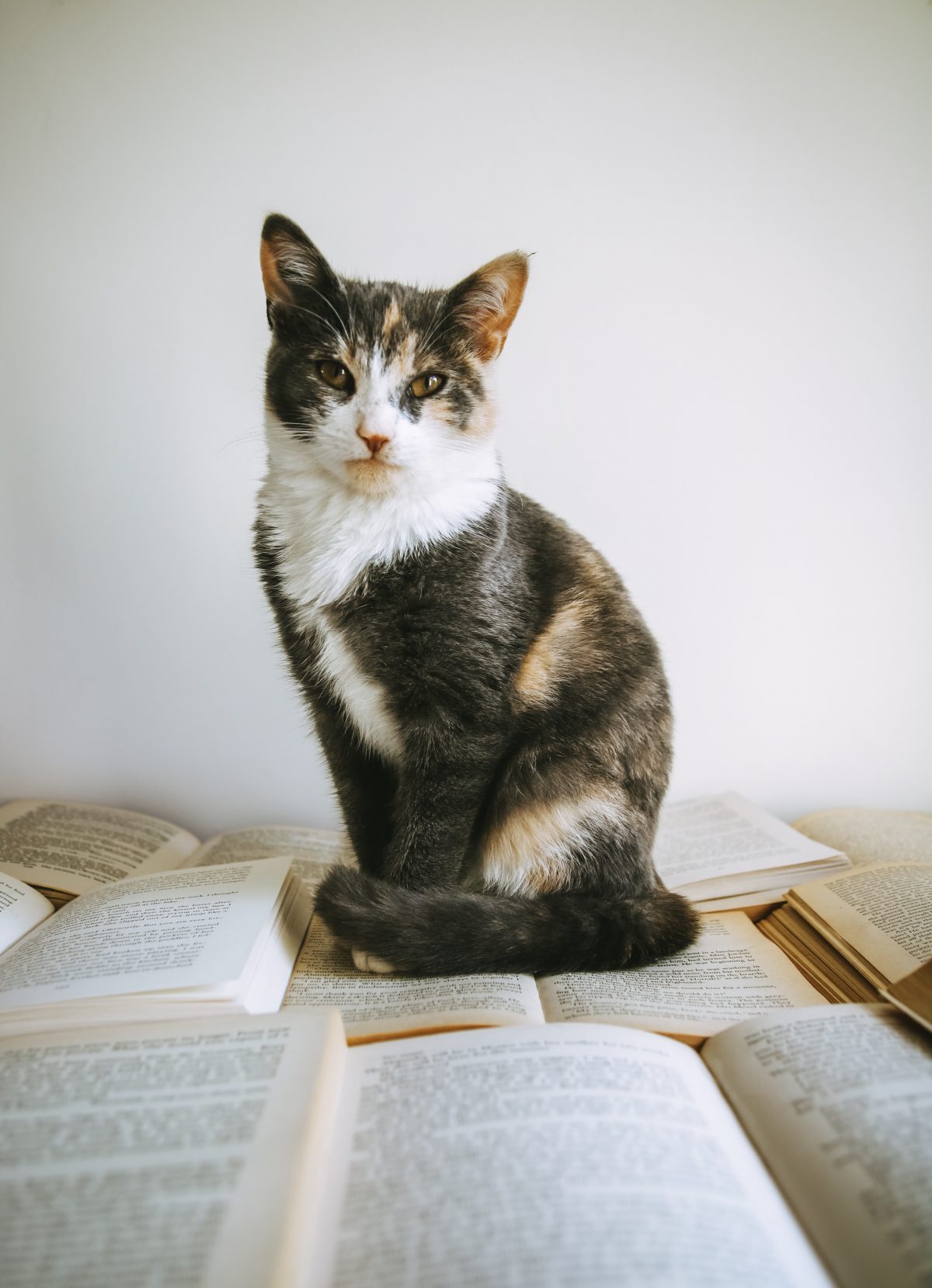 What Not To Worry About #10