The Full Shilling Guide to Copenhagen in Winter

Winter is the season to live slowly and with the movement of slow living grasping Instagram and beyond, the Danish word 'hygge' has become the fashionable word to use. There is no English definition of this word but generally it can be translated as a feeling that comes from taking pleasure in making ordinary, every day moments more meaningful, beautiful or special. This ideology is right up my street and I just knew Copenhagen was the perfect choice for a last getaway before my Aussie visitor ended her European travels. A bonus was that my baby sister Shannon was persuaded to tag along with us - a first trip away as adults! We found a great deal on flights (£40!!!) with Ryanair from Dublin and booked ourselves an apartment on Airbnb. I know most people know all about Airbnb but if you haven't, make sure to look the website up next time you're booking a break. Andrew and I use it everywhere we go and it's a great way to get a sneak peek in to local life. We were staying in an apartment in Vesterbro which is a little west of the city centre but super handy as we were right on the main street that took us directly in to town. The apartment was small but had everything we needed including a wee balcony to enjoy in the mornings - if you fancy having a nosy you can check it out here. The owner Janice was lovely and allowed us to check out at 5pm because our flight home wasn't until 8pm - fab host! 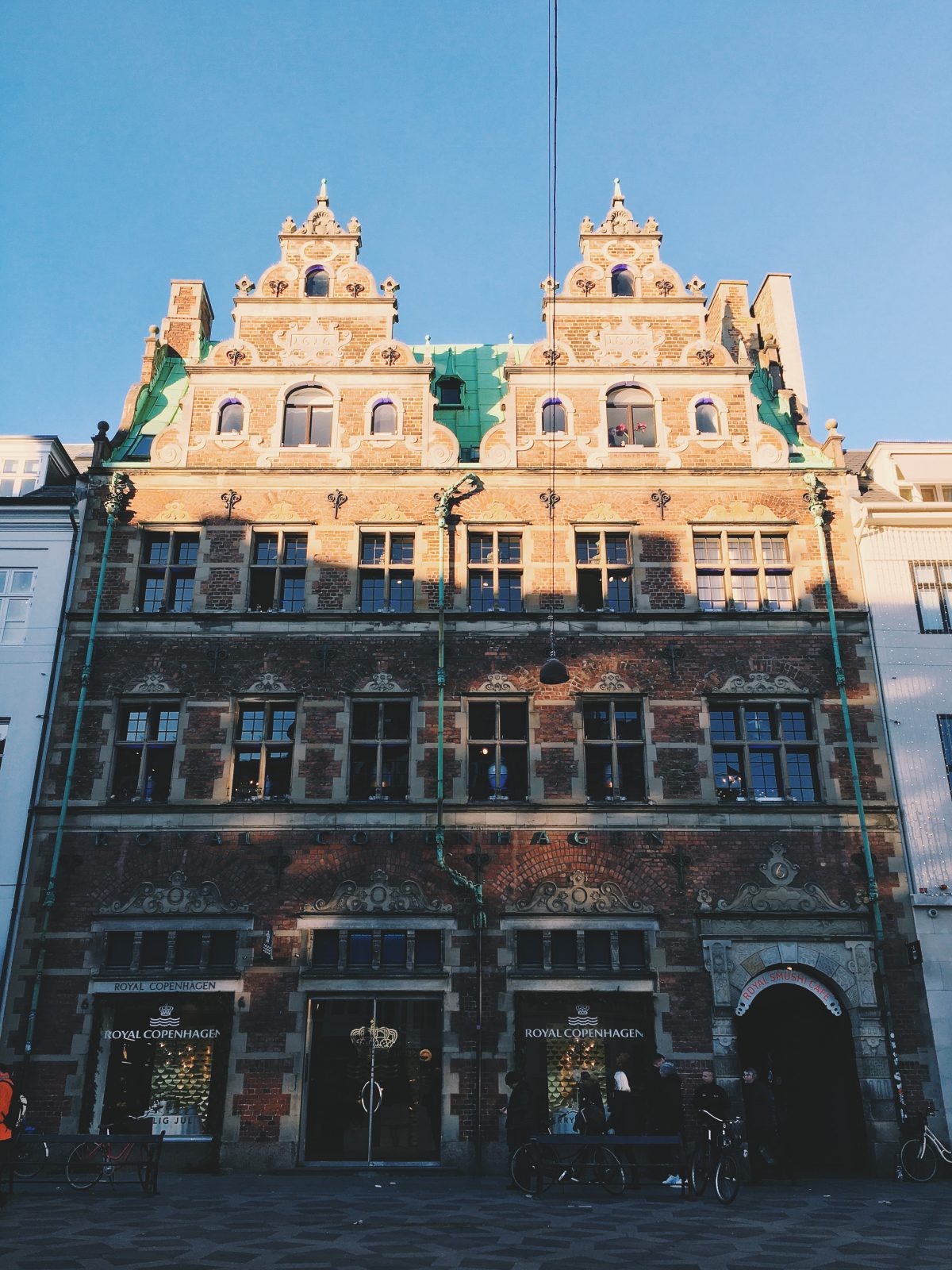 We had three wonderful days in Copenhagen so I'll fill you in on what we did each day... Saturday We landed at around 7pm which was a perfect time to get to the apartment and start a quest to find somewhere to eat. The airport was only 20-25 mins away and I couldn't get over the lack of traffic! We were at our new home in no time to meet our host Janice who gave us a quick tour of the apartment. With that over we headed out immediately in search of food and stumbled upon Restaurant Ngoc Linh, a Vietnamese that did the tastiest shredded pork! Unfortunately Belfast doesn't have a Vietnamese restaurant (at least I'm almost certain it hasn't although if I'm wrong please tell me!) so I was overjoyed to taste some authentic South East Asian food. 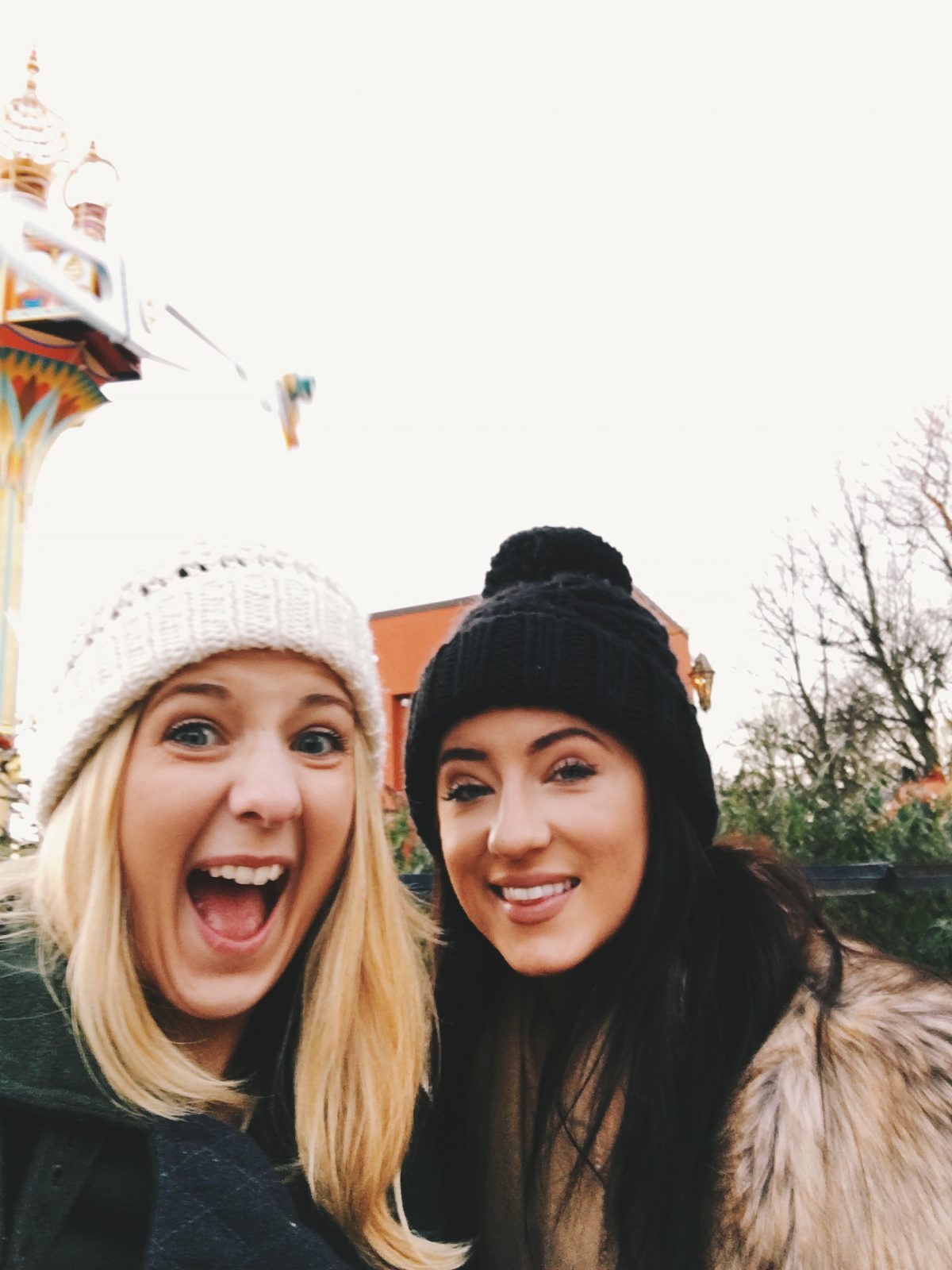 After we were fed we of course had to be watered so I did what any good tourist does and searched for the best bars on Tripadvisor. I had read that the Meat Packing District was a new up and coming place however we found ourselves on what seemed to be called 'Thai Corner' amongst a street of strip clubs - not exactly what we had in mind! We found a few places but they were all 'bodegas' - bars that allow smoking inside - not a good idea for Shannon and I! Embarrassingly we ended up in Kennedy's, an Irish Bar! We were just so happy to find a warm pub that we stayed here until 1am and to my amazement I was able to keep up with the young things and we carried on after to the clubs of Verstergrade until 4am! Sunday I was relieved to wake up feeling only semi-horrendous on Sunday morning but after a Berocca and a litre of water I was grand and ready for some brekkie. We headed out in the hope of getting breakfast at Granola, a popular place in the area, but to our disappointment it was jammed and so we headed off for an alternative. We found Café Phenix not too far away which served an amazing buffet breakfast and made our hungover hearts sing. Well mine and Shannon's anyway - Holly was feeling so under the weather she had to go back to the apartment to rest! 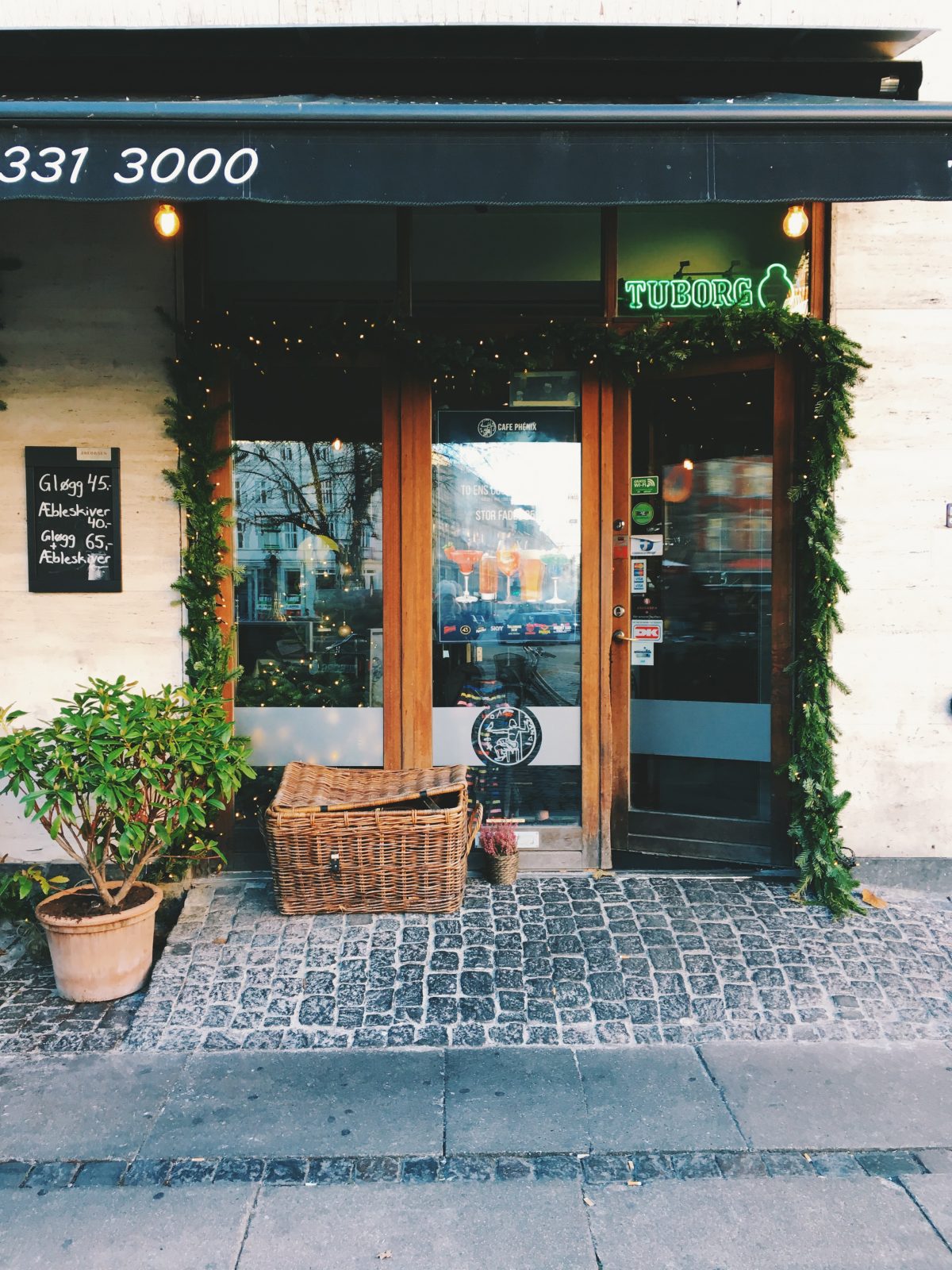 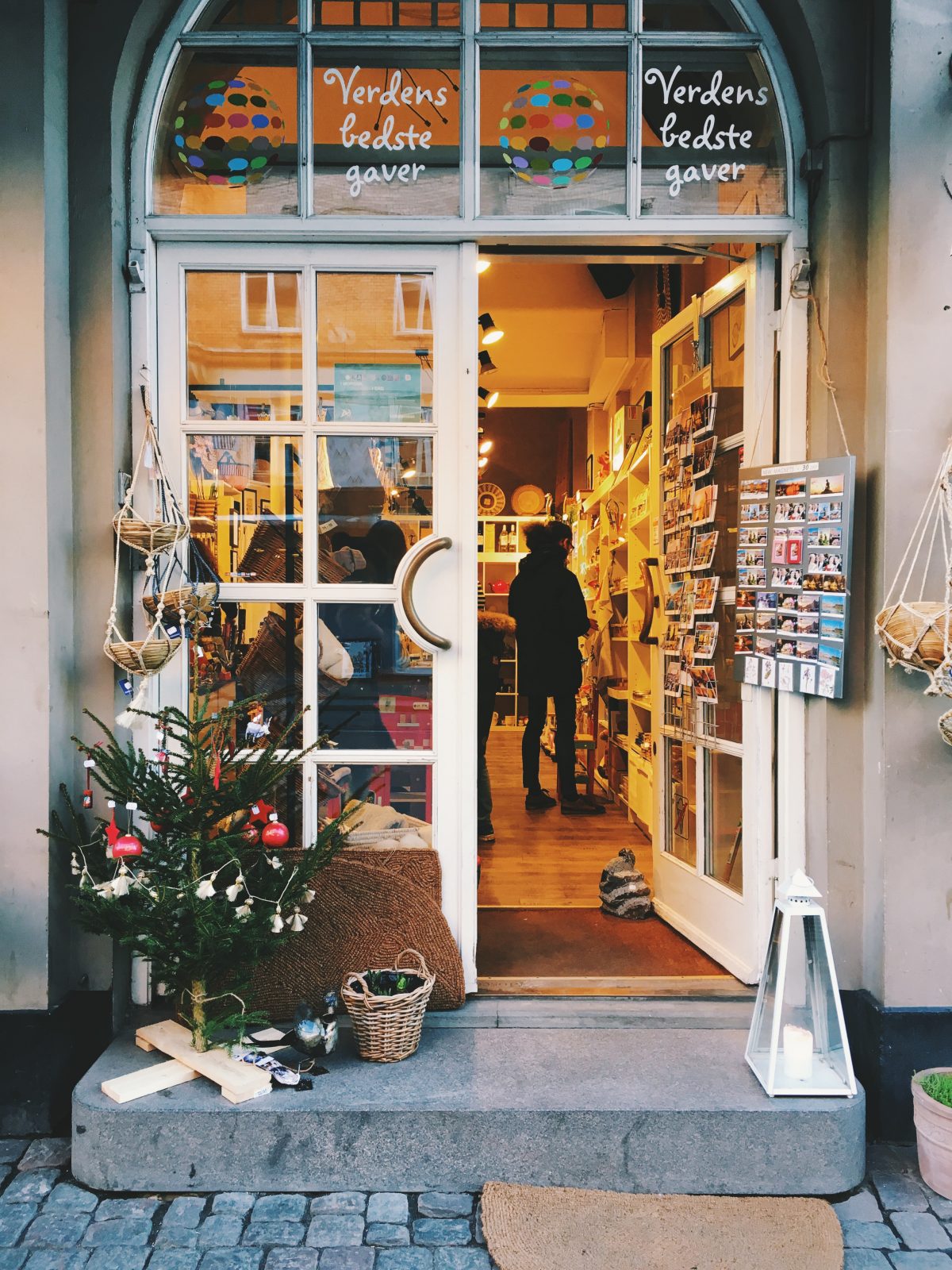 After a dose of pancakes, bacon, eggs, muesli and weirdly salmon, Shannon and I trotted down the main street to the Tivoli Gardens. I was incredibly happy walking along the street, peering in to all the wonderful shop fronts of so many wonderful small businesses. All the shops had their windows and doors adorned with fir and lights and candles were to be found flickering on steps to give customers a feeling of welcome. 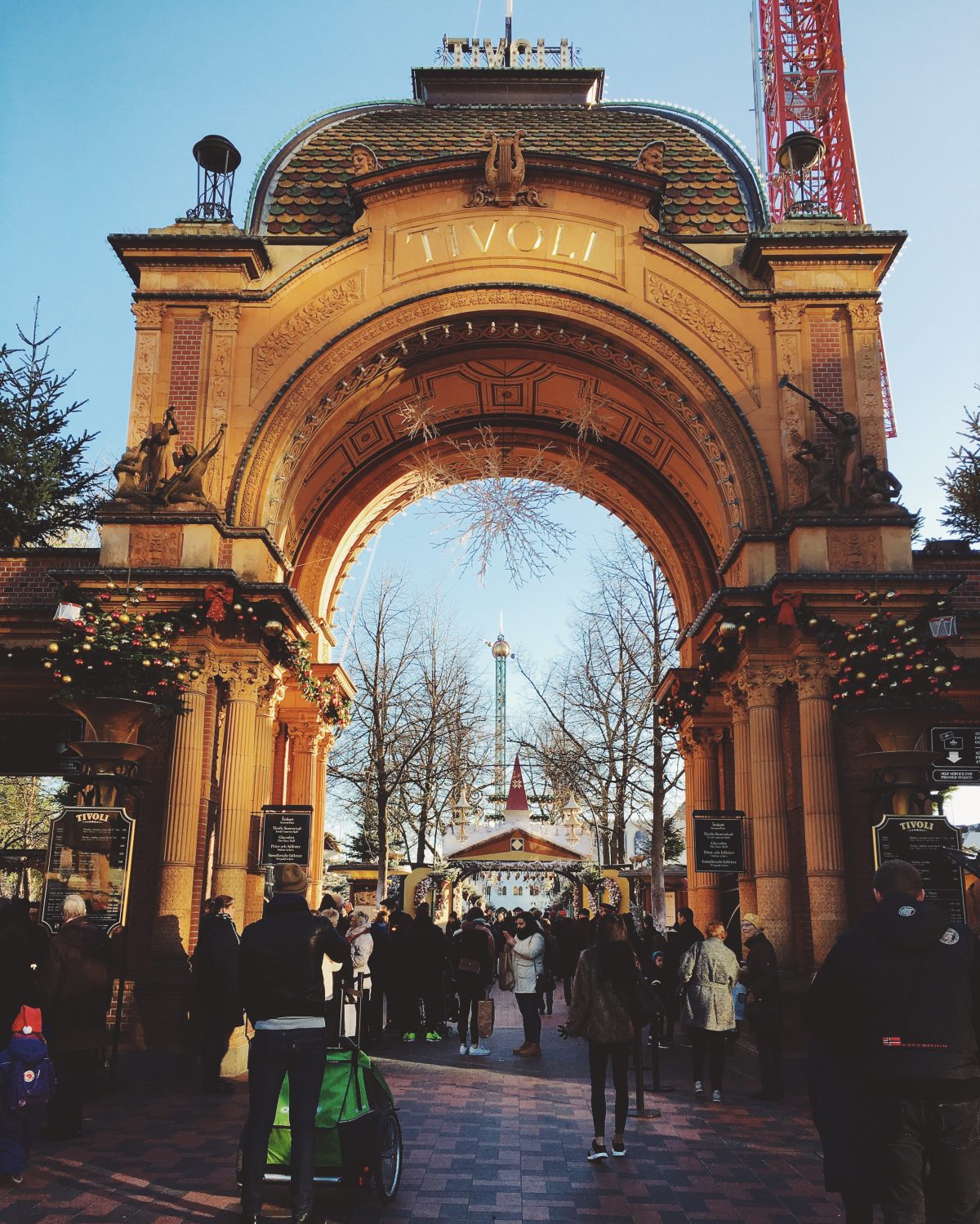 If the sheer abundance of candles didn't give us a sense of magic then the Tivoli Gardens were sure to deliver and that it did - and more! From the moment I spied the gates of the second oldest theme park in the world, I knew I was about to step in to a truly special place. Christmas music was drifting intertwined with the smell of mulled wine and roasted chestnuts... I could barely contain myself. 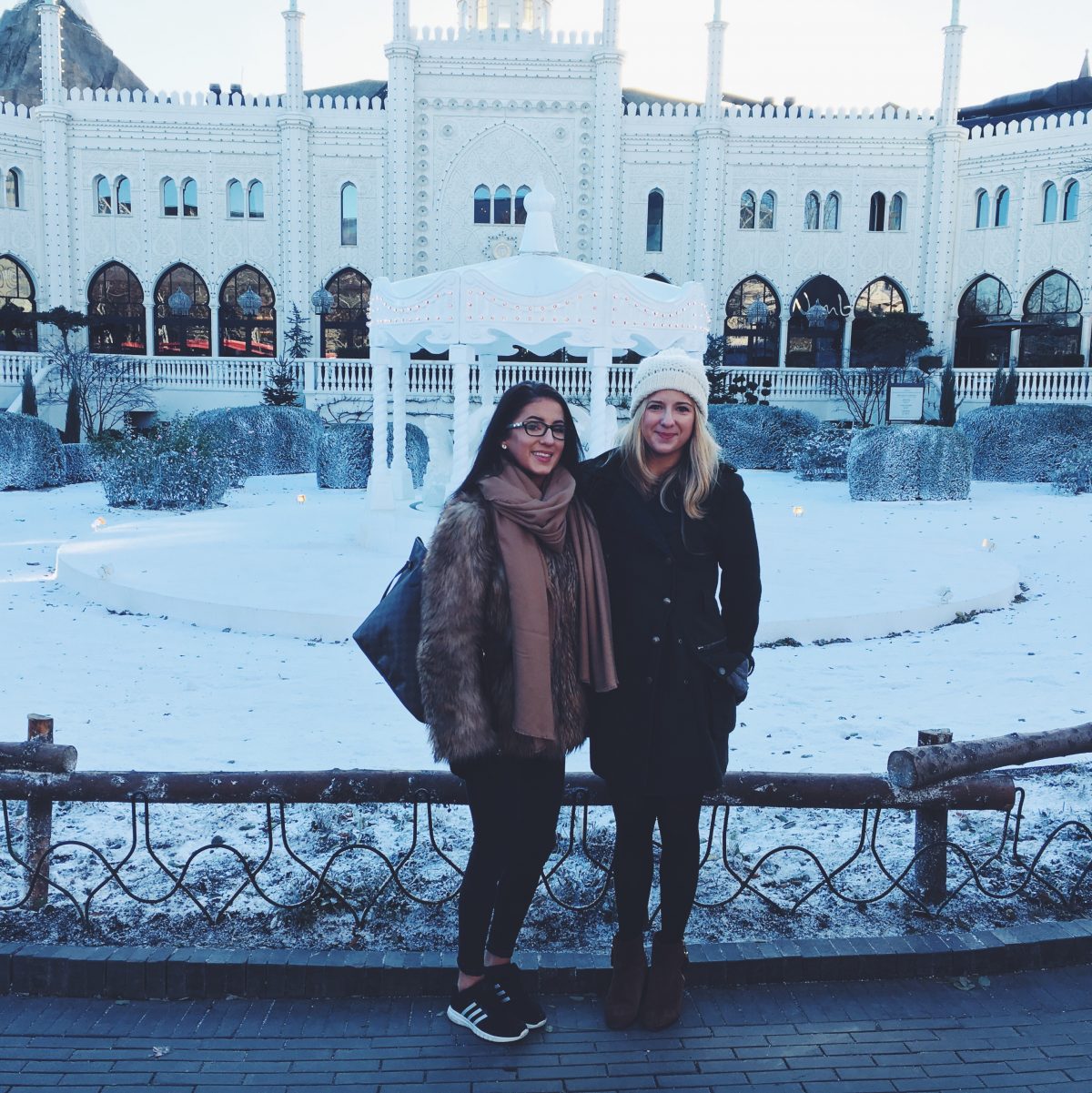 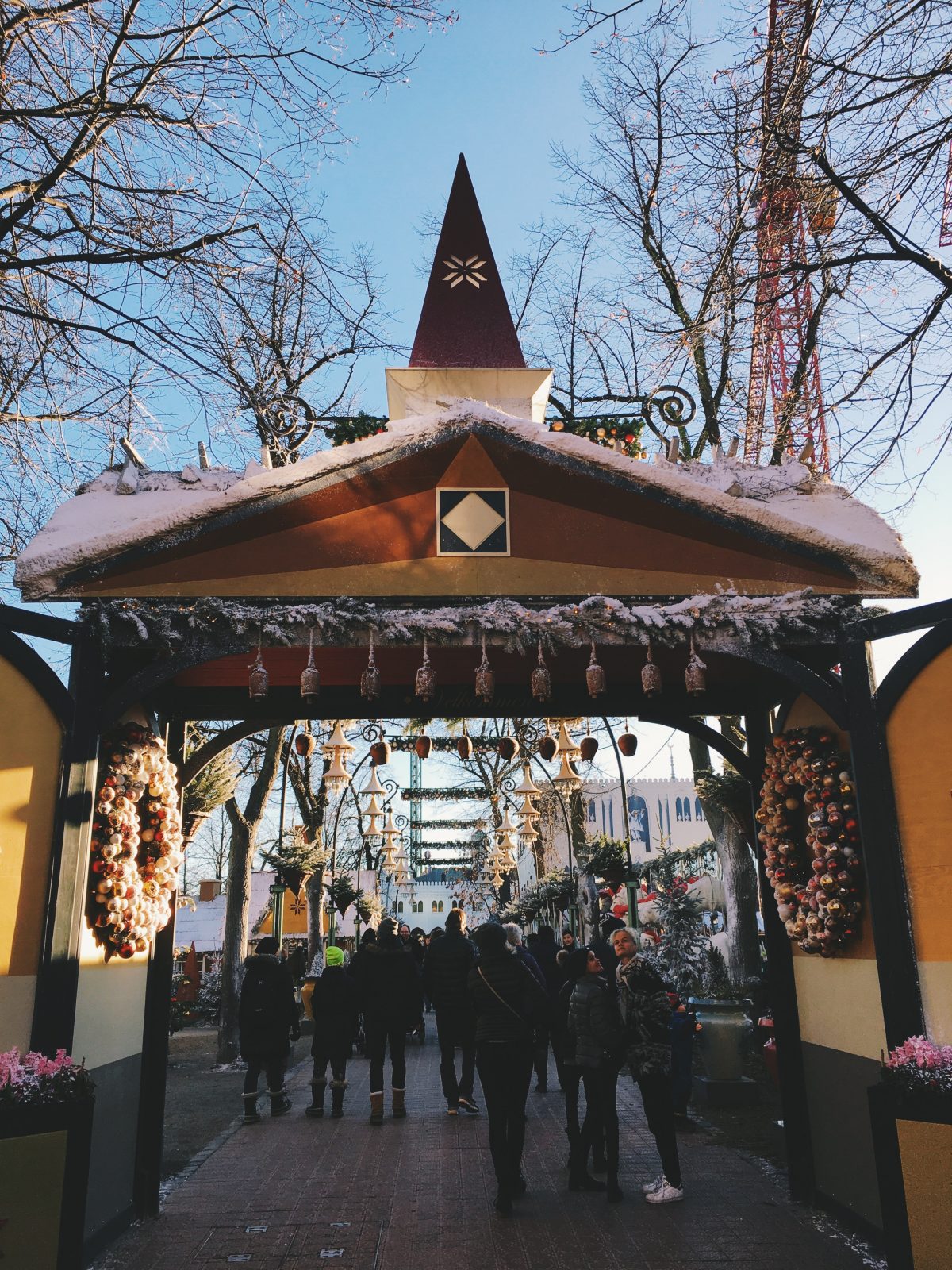 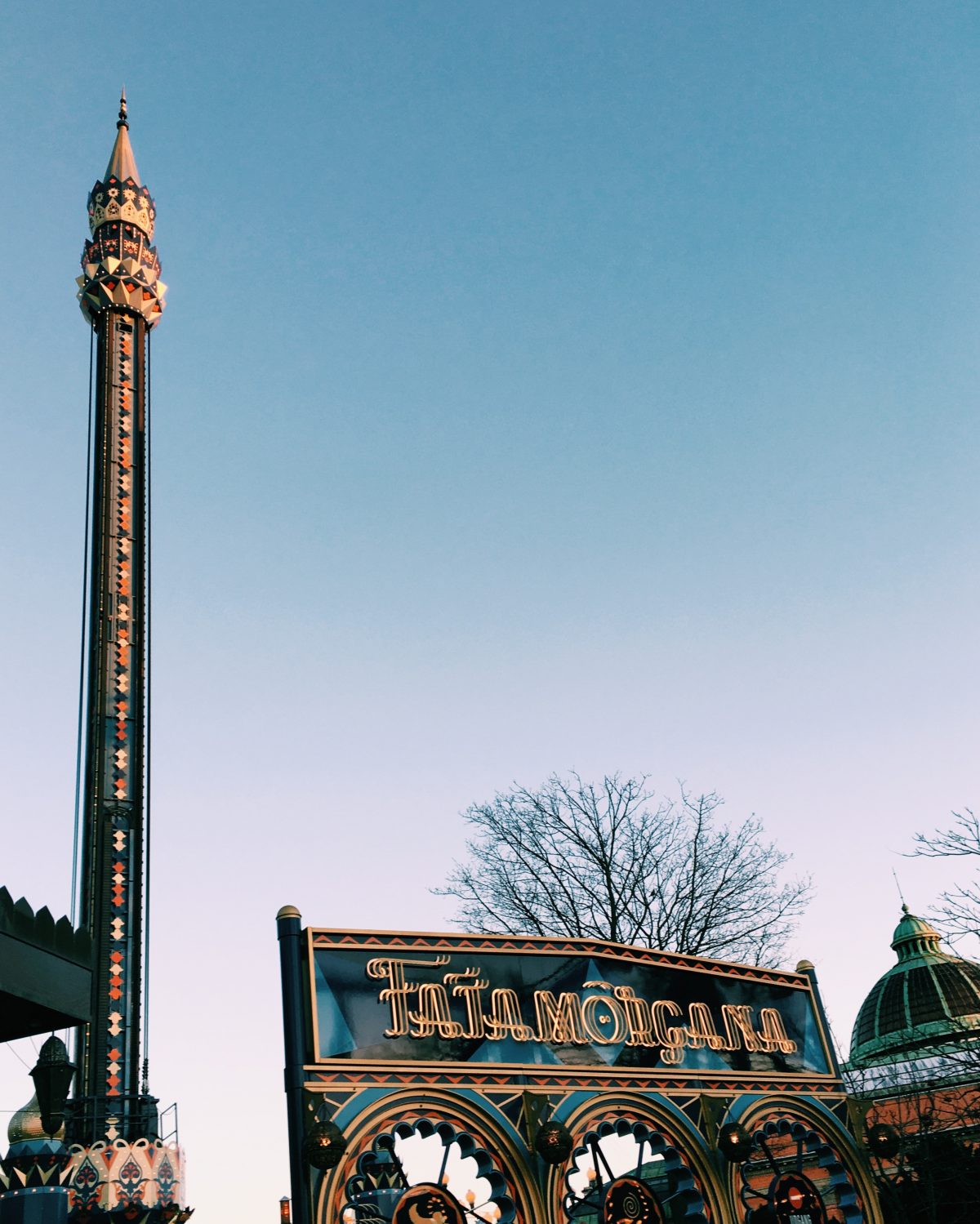 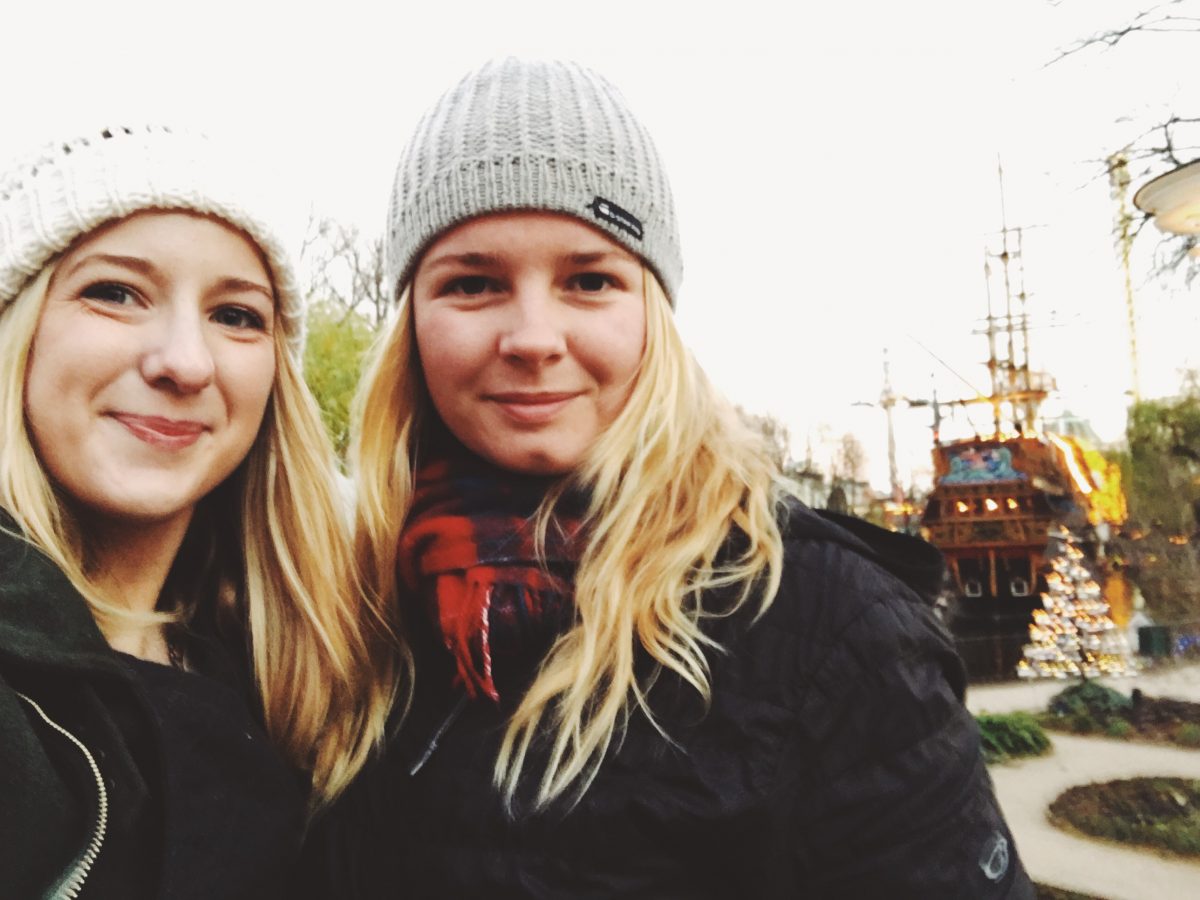 The sheer scale of the park was what shocked me the most. Everytime I thought we were coming to the edge of the park we would turn a corner and find new stalls, rides and games to discover. We ended up spending the day here because there was so much to see and for an entrance fee of only £13 I thought it was a bargain. Shannon and I stopped for a stein of beer in a few of the many bars and restaurants to warm up from the bitter cold outside and Holly joined us later when she felt a little more human. As she she arrived the lights came on around the park and the trees lit up the walkways and lakes surrounding us - it was like a Disney winter wonderland! 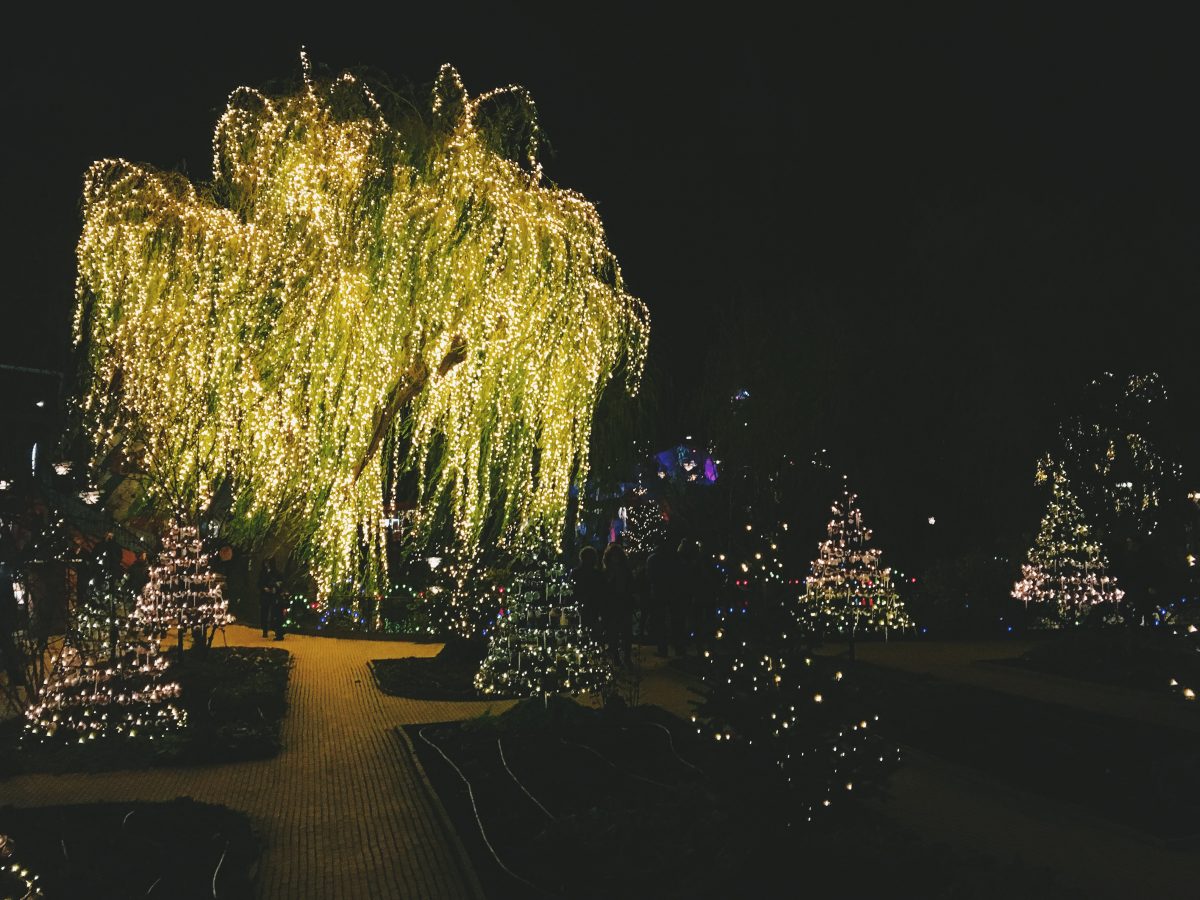 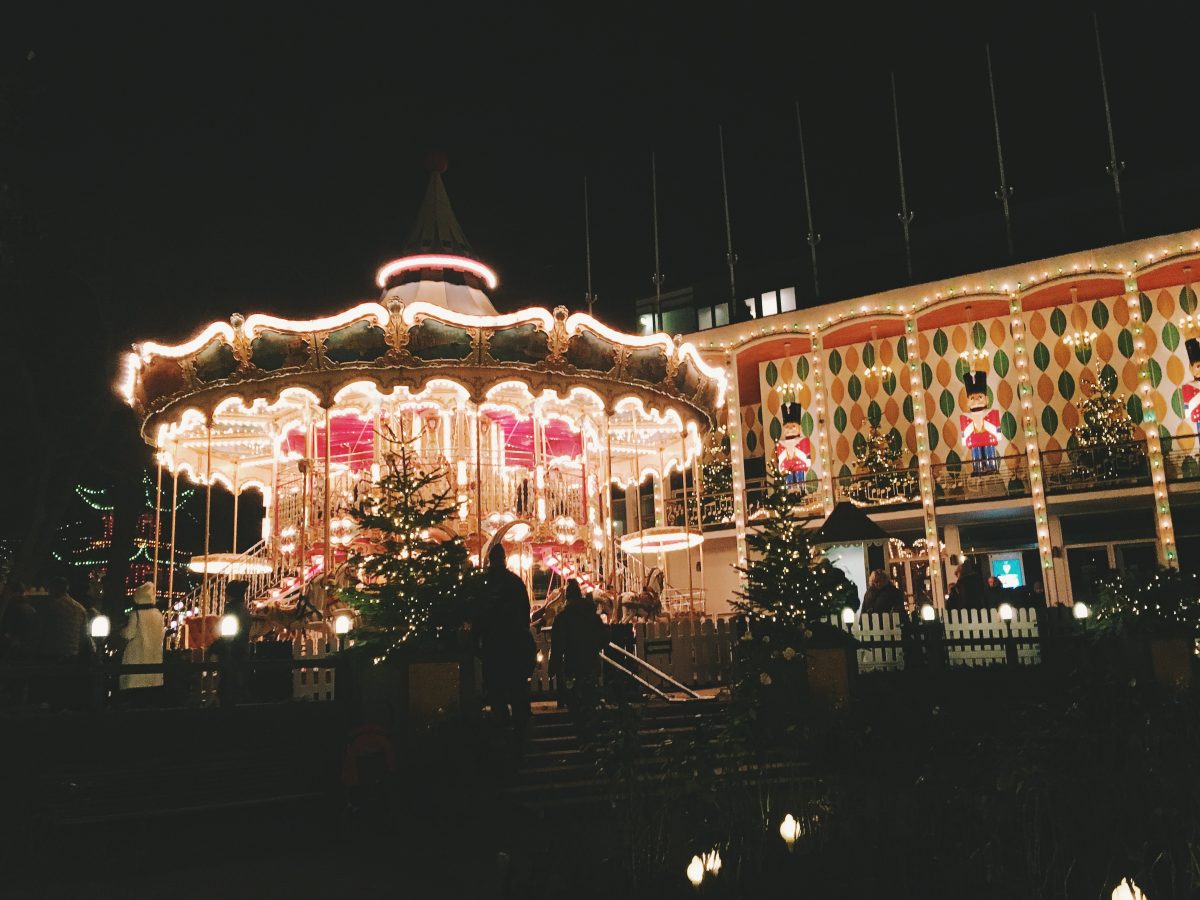 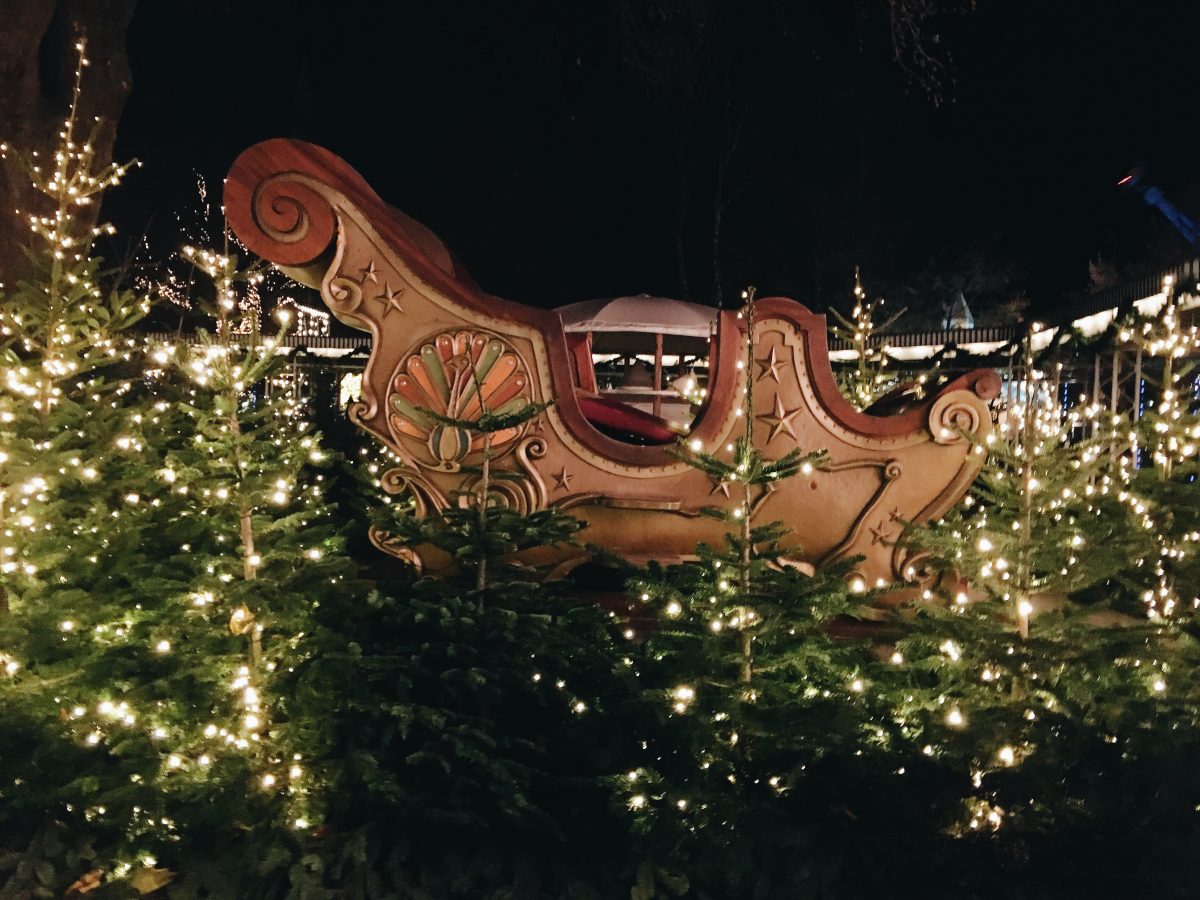 We had dinner in Mazzoli's, a rustic Italian joint that served authentic Italian food with incredible flavours. It was so welcoming and we stayed there for quite a well as we knew the temperature outside was dropping quickly. We finished off the dinner with some great hot chocolate and made plans to head back the apartment to have an early night and get cosy. 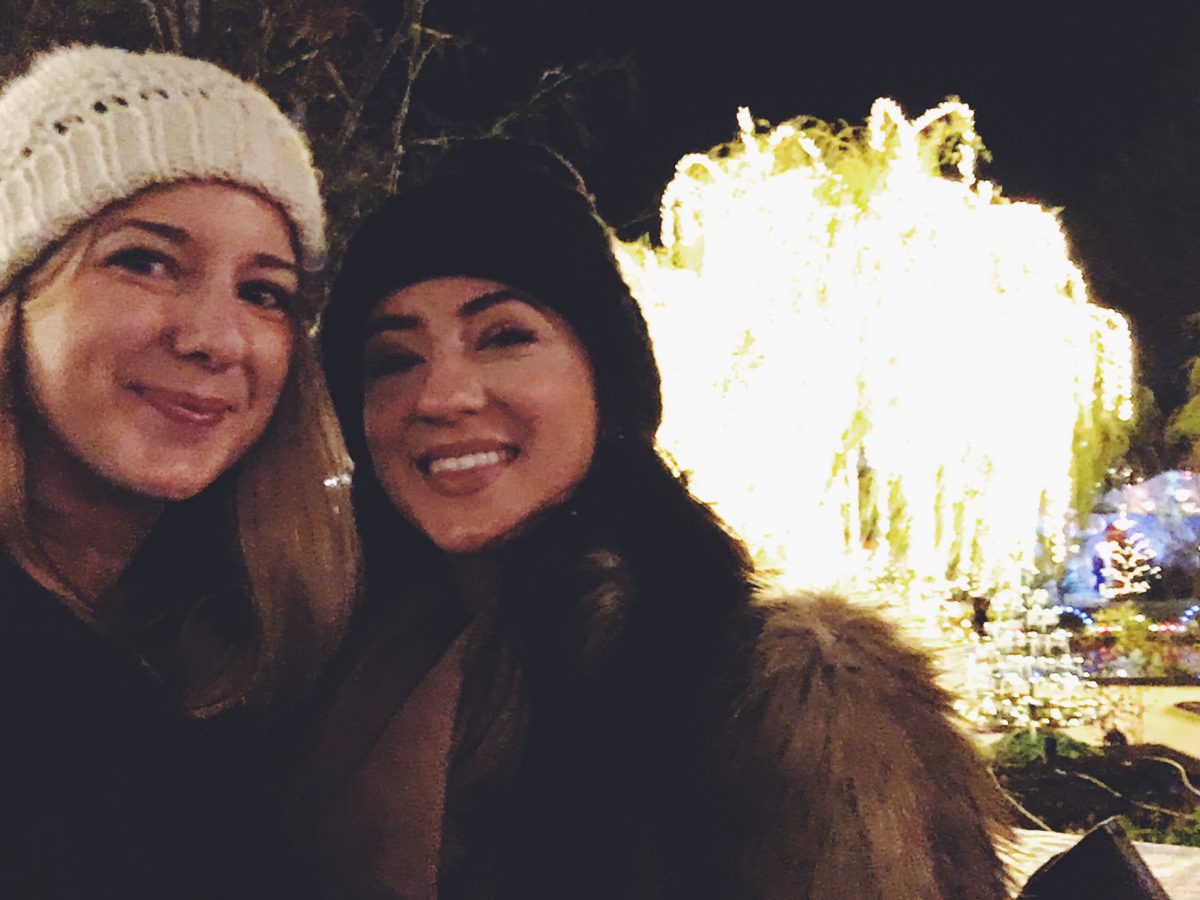 Monday We woke up fresher on Monday morning and full of plans to make the most of our last full day in the city. We headed out for breakfast at Café Obelisk and had the Danish version of a full fry (a slice of brie with breakfast? Yes please!) before a walk through the streets of the city centre. I spent most of the walk gazing upwards at the stunning Scandinavian architecture which proved slightly dangerous but the Danish are so polite they just got right out of my way. Speaking of the Danes though, they have it all figured out! Everyone cycles everywhere which explains the lack of traffic and they are super friendly that I felt so welcome despite my terrible and non-existent Danish! 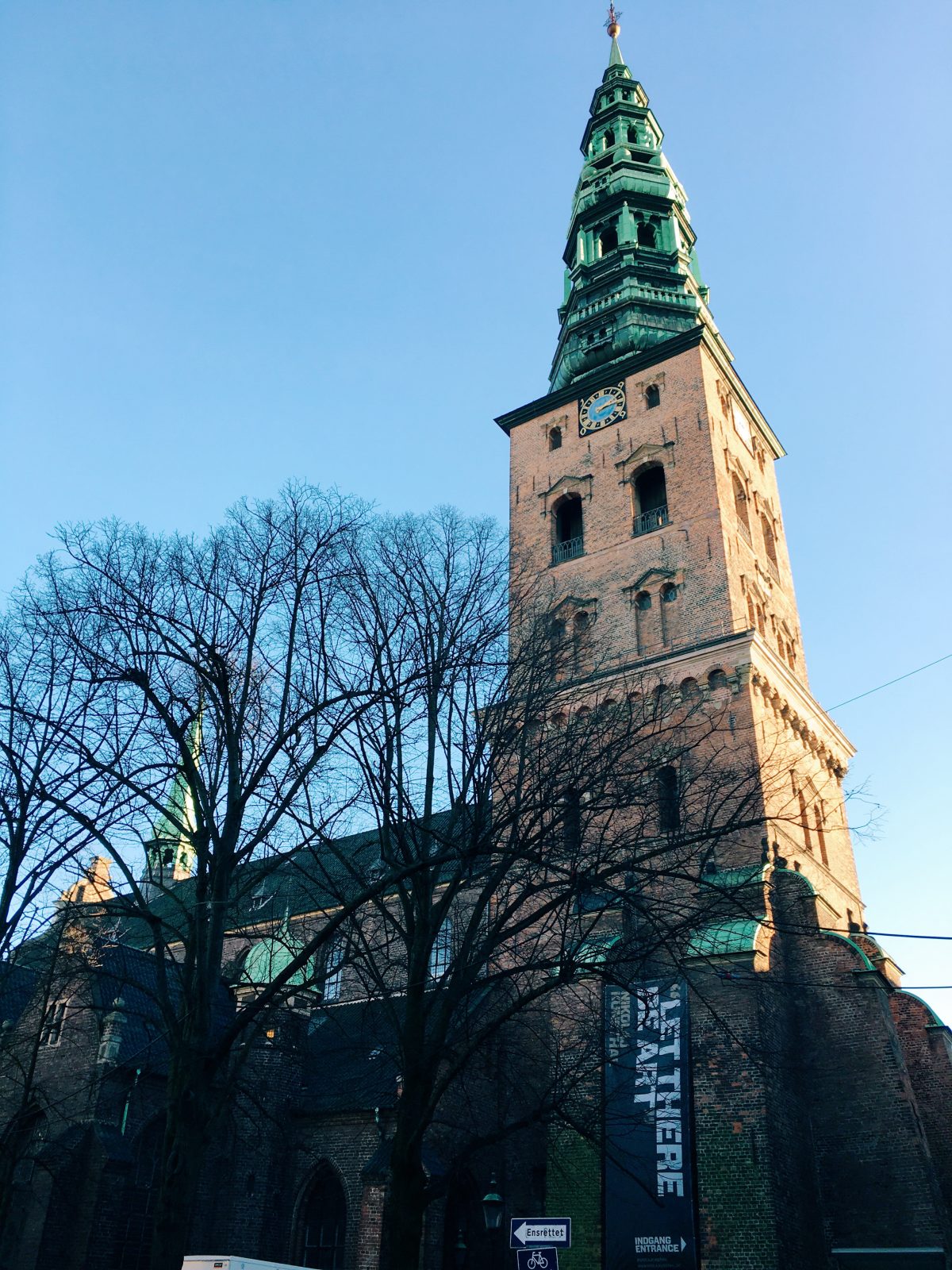 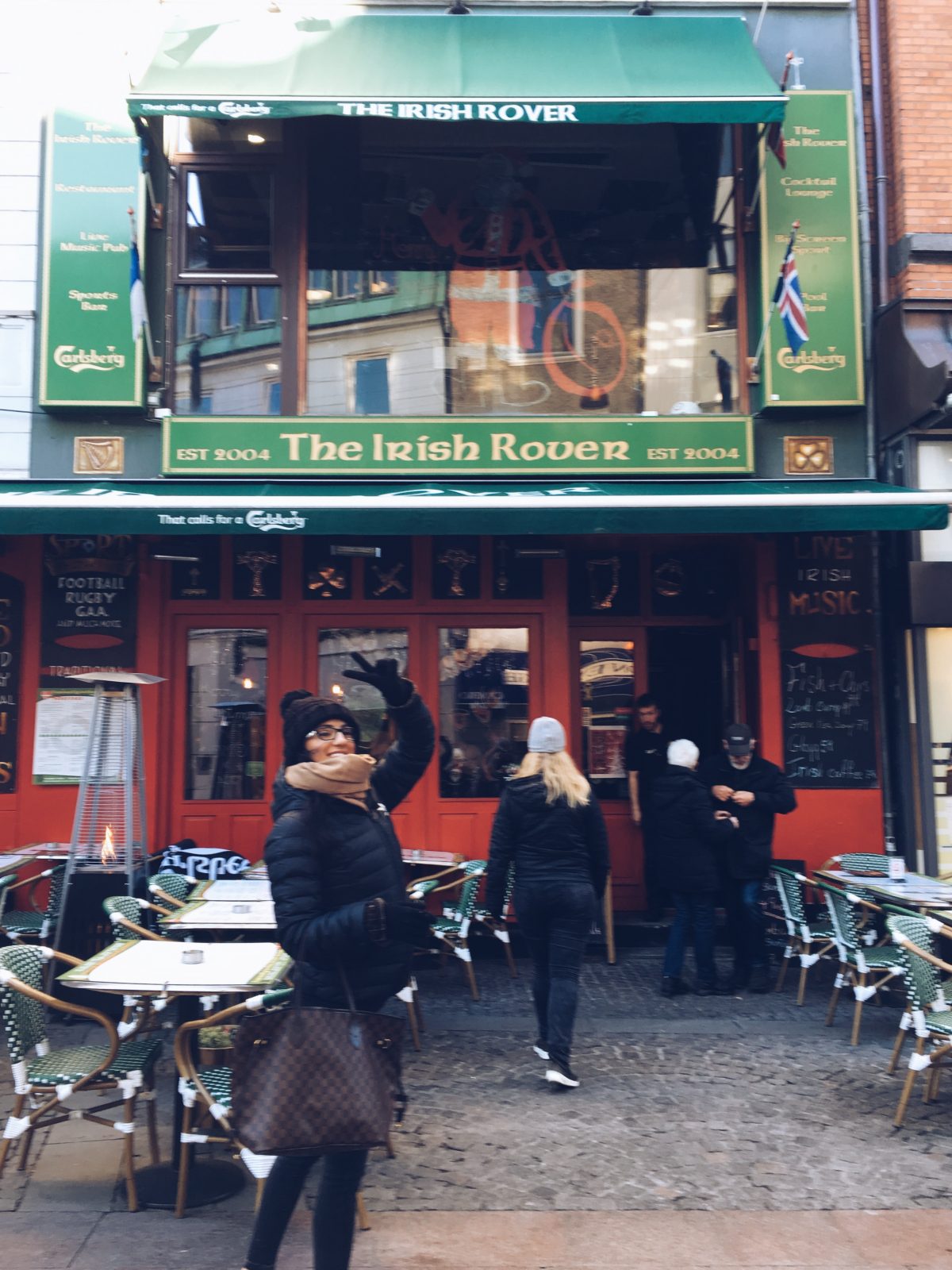 As we passed the City Hall and walked down the shopping streets with blinders on we headed towards Nyhavn. Before we flew to Copenhagen I had seen pictures of the canal of Nyhavn with the most colourful buildings dotted along it with the boats in the foreground but I had no idea just how beautiful it would be in real life. It was breathtaking because as we got there the sun began to go down and the sky started turning a cerise pink which only allowed the colours to become more saturated. Needless to say I took a million photos although none of them to do the scene justice. 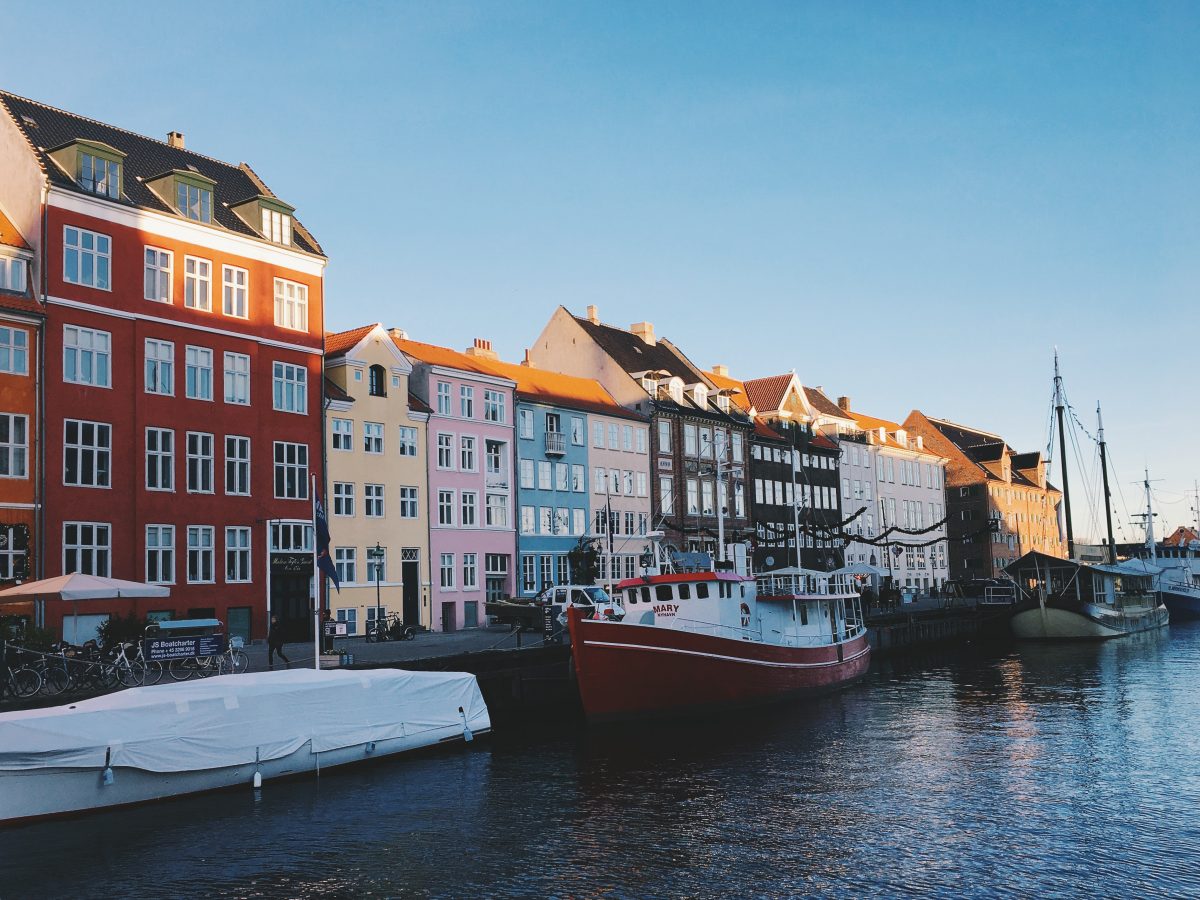 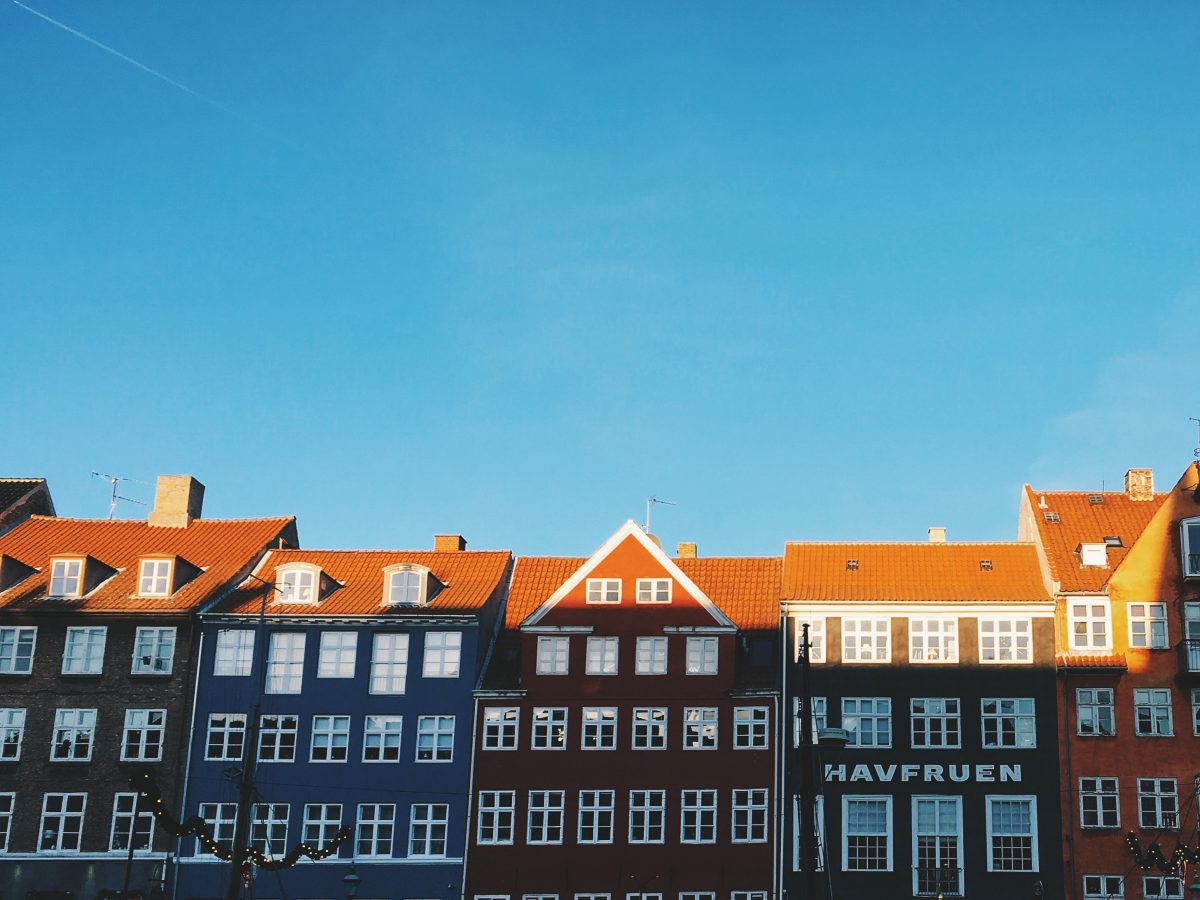 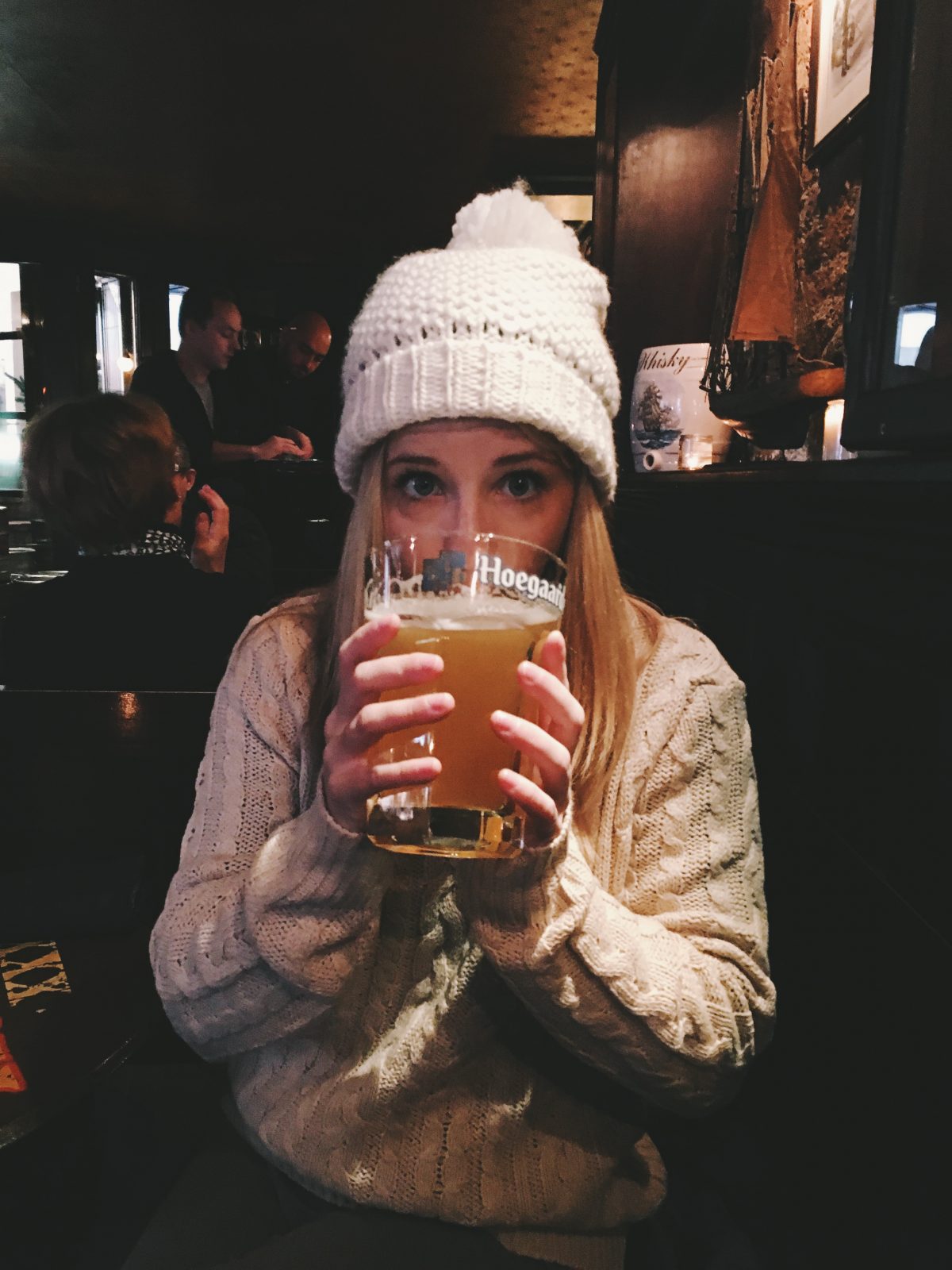 After a mega-large stein of beer to fuel us, we then walked across the bridge towards Freetown Christiana where the sunset had taken on a new level of amazingness. Freetown is an area that was once used as an army barracks but when the army moved out in the 1970's, squatters began to move in and it has since been declared as autonomous from Denmark. It's a pretty special place that embraced the hippie movement and was such a stark contrast to the military history of the land so of course we had to go there. 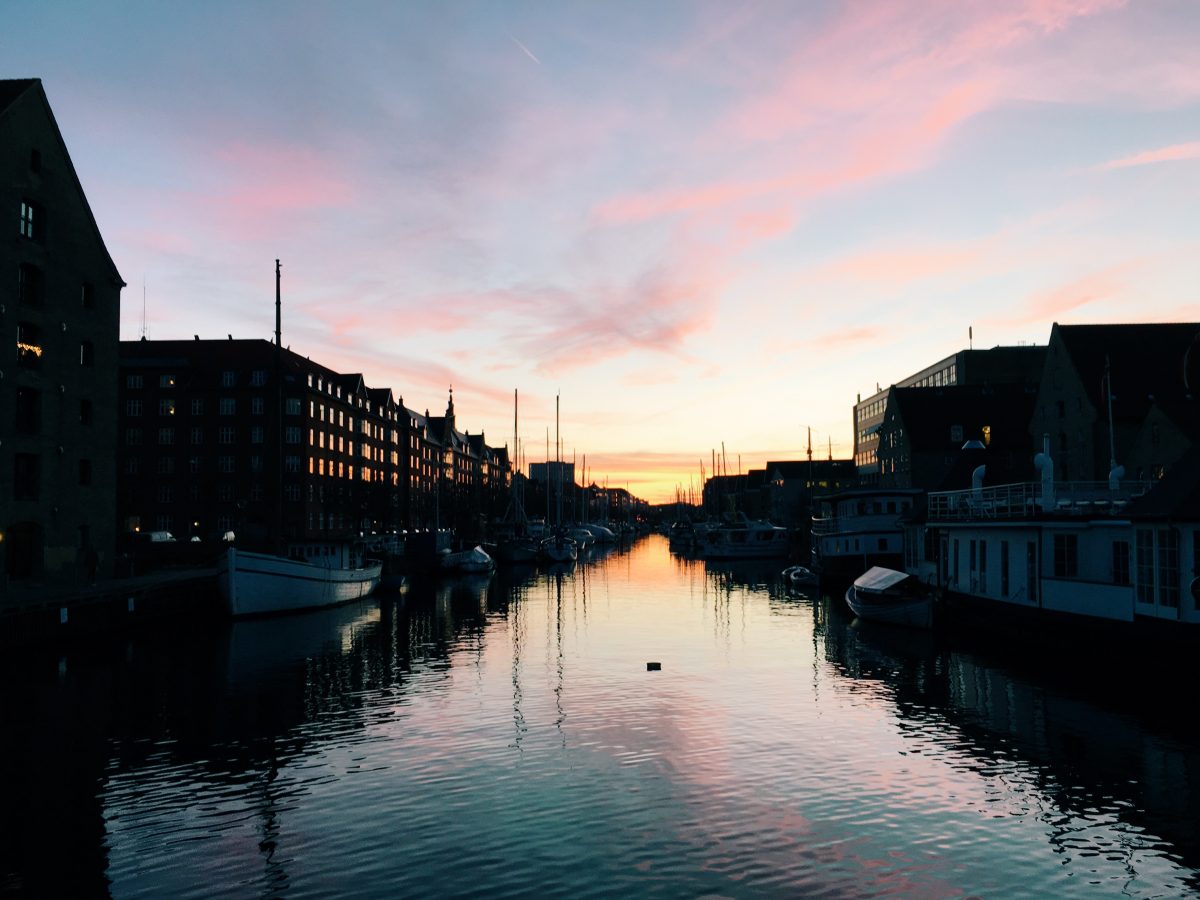 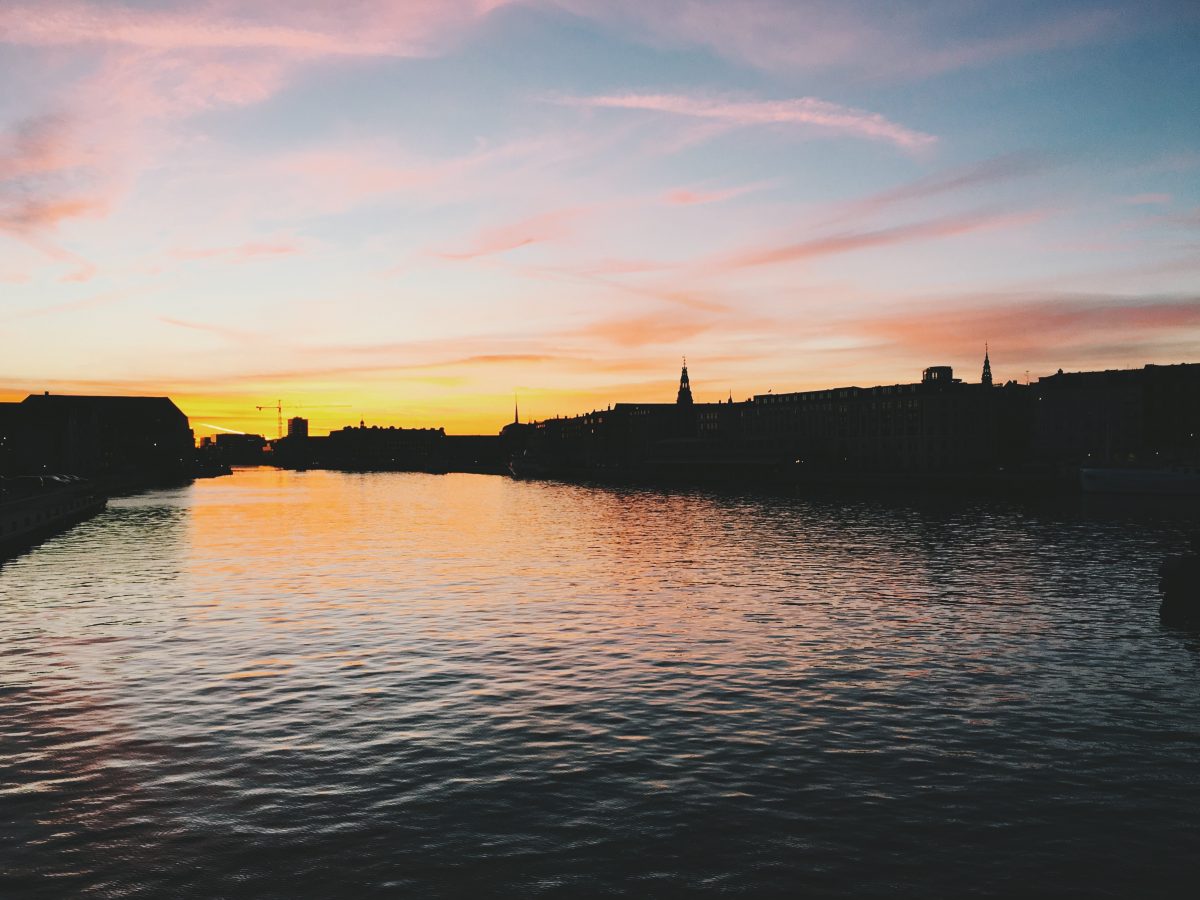 We strolled through the streets as it started to get dark and because there are no street lights or cars in Freetown, there was an almost eerie feeling as the sun disappeared. We never felt in danger and despite getting lost amongst the wooden framed houses, a friendly local was happy to point us in the direction of a bar. Another thing about Freetown is that cannabis is smoked openly and so as we entered the bar we were greeted with a cloud of smoke and quite a few glazed eyes staring back at us. Luckily there was another bar that Shannon and I could breathe easily in so we headed there for another wee beer. 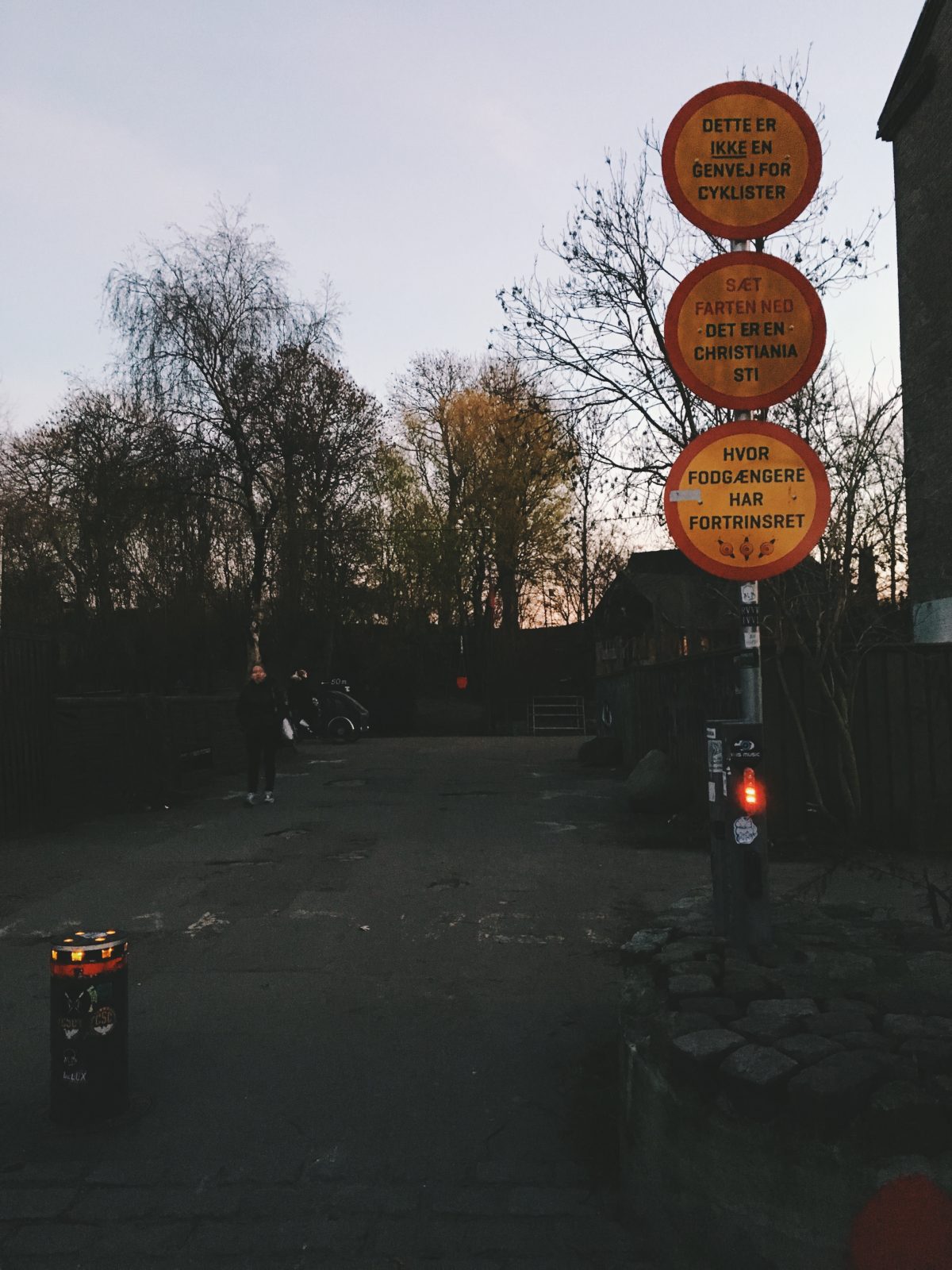 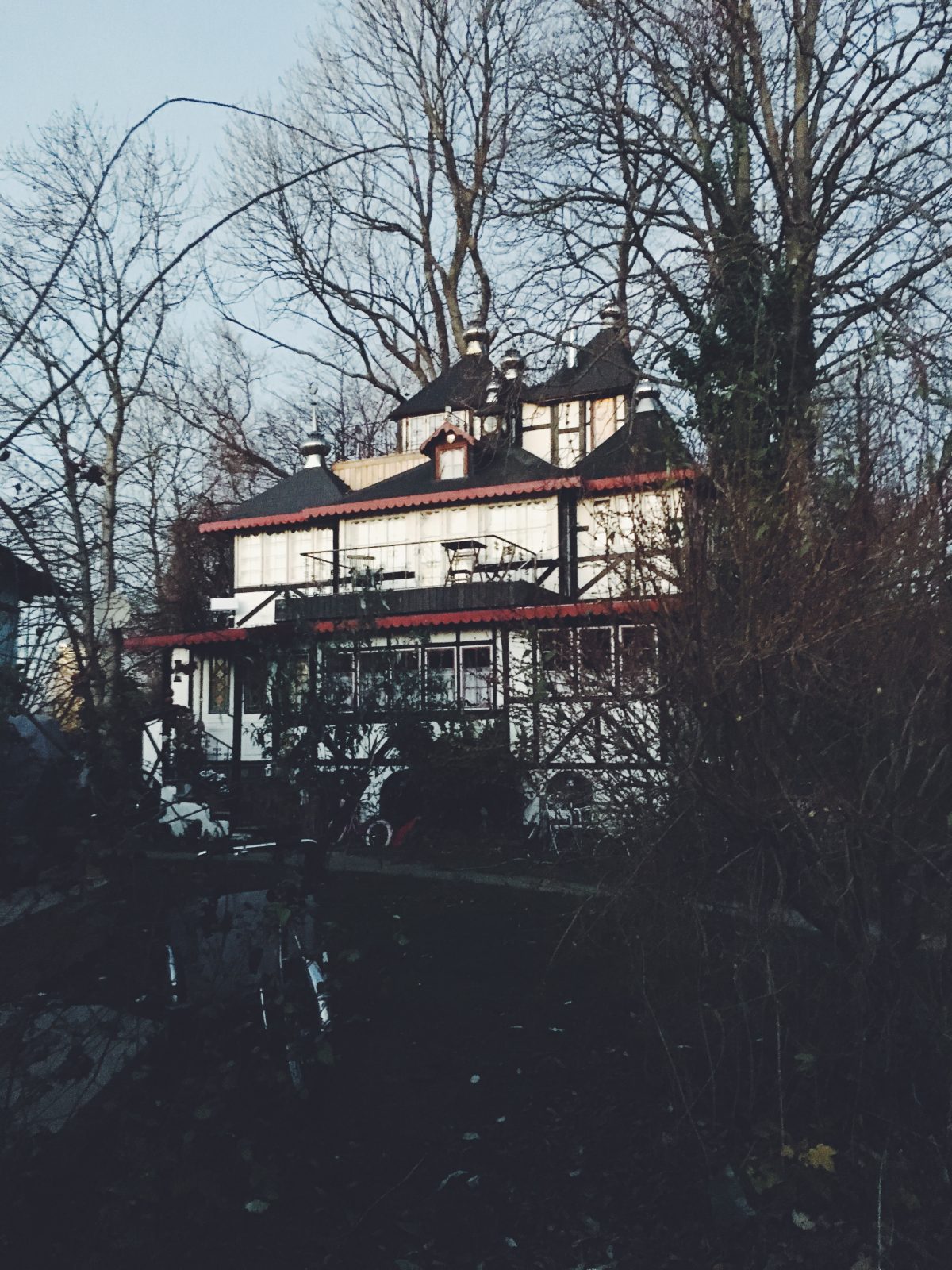 As we began our trek back to the apartment we were overcome with starvation and needed respite from the icy cold winds. Luckily we spotted an Irish Bar called The Dubliner (how predictable I know and I can feel the head shakes as I type) but I had the best belly-warming beef and guinness pie so there were no regrets! We were back home at a reasonable hour to warm ourselves up and rest our tired hooves from a big day of walking. Tuesday This was our last day in Copenhagen and because Holly was flying to London at 3pm and we were flying a few hours after, we decided not to stray too far from the apartment. We managed to go as far as Kaffestuen for some lunch and a dander and enjoy our final hours in our Danish apartment. I said my goodbye to Holly which was quite tough but I felt so lucky to have her for a whole month. This is the danger with having friends across the world - you feel like you're constantly saying goodbye. Shannon and I were left on our own to pack our things before heading to the airport. I didn't feel quite ready to leave Copenhagen because I felt so at home there but I know I will be back again to explore even more. I couldn't recommend it enough and if you're ever in need of a winter escape, make sure to consider this city because it's the perfect place to have a slow, relaxing time in a place that it is really brimming with magic. 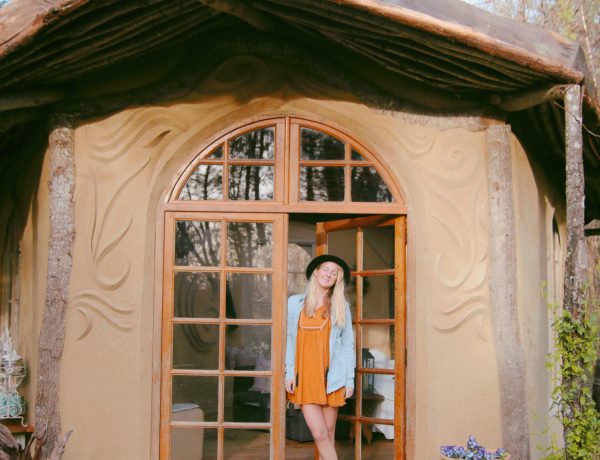 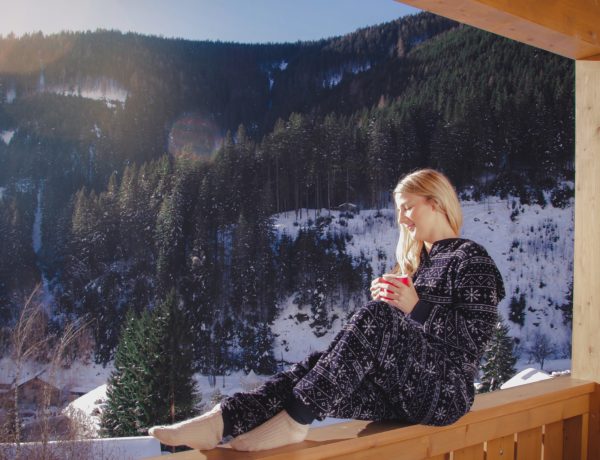 The Full Shilling Guide to Croatia