I have known some amazing people in my life; people who have broadened my mind and taught me life lessons that no classroom ever could. There was once the young heroine who travelled between parallel worlds, using a knife to cut through the curtain that separated them. And the girl who shared the power of language with adults at a time when the world was falling apart. Oh! And the boy with autism who solved a mystery about a murdered dog! And while admittedly none of these people were actually real, they existed so vividly in my mind that they became familiar, like someone I had known forever. It never ceases to amaze me how I can fall in love with/detest/fear/pity characters that are purely fictional and yet, while I am reading the pages their world is contained in, I am so engrossed that they become a part of my own little world. Yes, this is the magic of a good book. It pulls at your heart, making you feel a longing that you didn’t know existed. A good book will leave you in mourning for weeks. 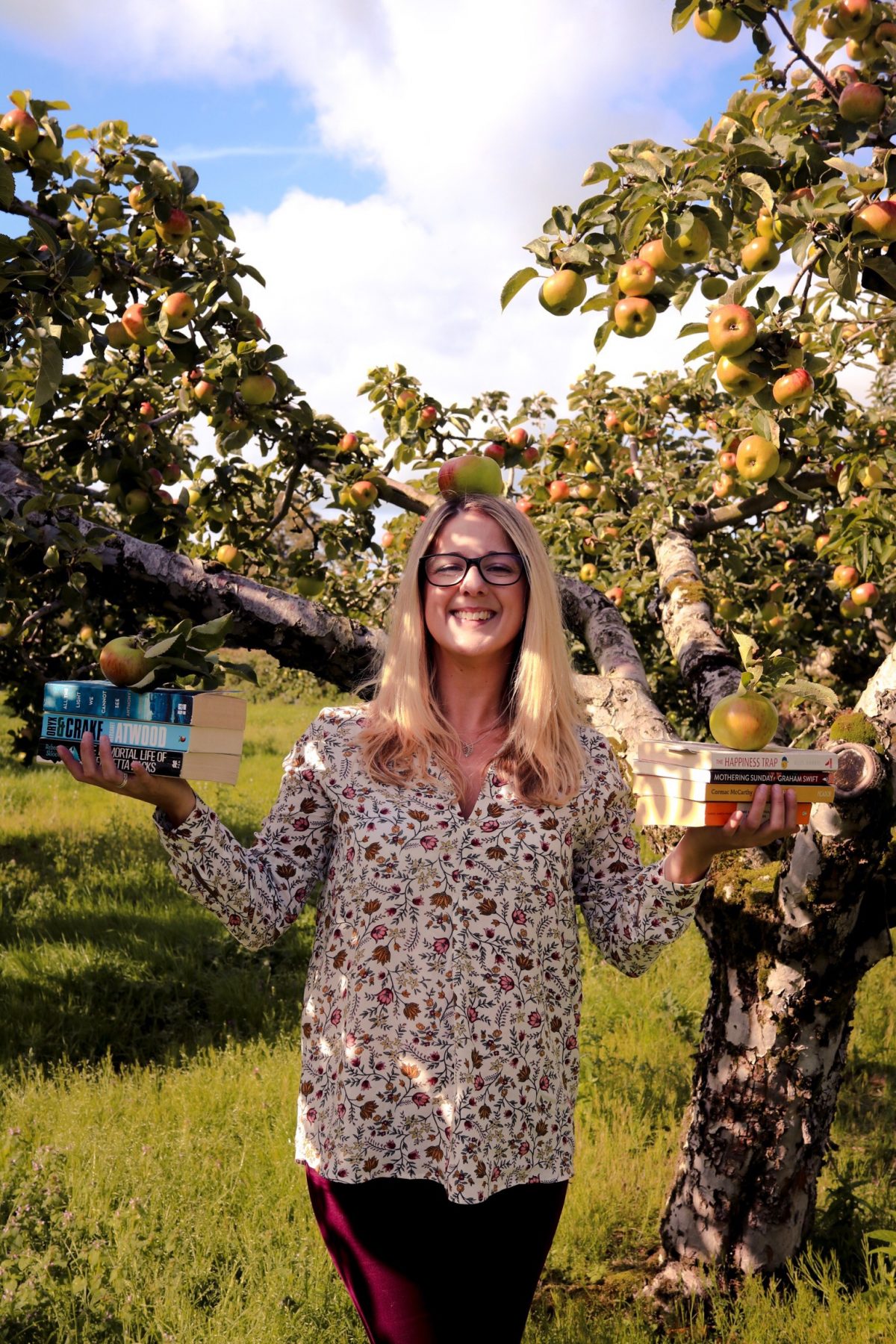 Naturally, there are a lot of blog posts around this time of year full of book recommendation as we prepare for the season of hibernation. Books provide an escape, an adventure that we are denied during the darker months when things are slower and a little safer. There are thousands of stories that we can read that will scoop us up from our couch and transport us somewhere entirely new and exciting but for logistical reasons I am choosing eight for the autumn and winter that should just about see me (and hopefully you) through to spring. My taste in books doesn’t discriminate; you’ll find a mix of genres here so I am confident that you will find one that you can add to your list. And, as always, I am open to lots of suggestions so please share with me the books you are choosing for your dormant hours. La Belle Sauvage: The Book of Dust Volume One – Philip Pullman If you haven’t read Philip Pullman’s epic ‘His Dark Materials’ trilogy then you have been missing something truly magical from your life! Although the series was marketed to young adults, the themes of the book speak to all ages with elements of fantasy, philosophy and theology all thrown in. It’s been 17 years since the release of the last book in the series, a book which made me cry at the age of 20 and I, along with the an army of fans, have been waiting a long time to meet Lyra again. The new trilogy is an “equel” as it is both a prequel and a sequel all wrapped in to one with the first book released today. I’ll be waiting by the door like a giddy child until it arrives in my hands! The Immortal Life of Henrietta Lacks – Rebecca Skloot This is a non-fiction book, not my usual cup of tea but the story was so tragically fascinating that I couldn’t put it down. The book tells the story of Henrietta Lacks and the immortal cell line, known as HeLa, that came from Lacks’ cervical cancer cells in 1951. It sounds heavy because it is, not just because it involves some medical jargon that you might need to read slowly but also because it addresses the painful history of racial politics within medicine. Despite this, I still think it’s an important read because the author doesn’t just throw out scientific facts but bravely tells the story of a woman who, unbeknownst to her family, changed the course of medicine and scientific research. A powerful read but one that might take a while to get through. All The Light We Cannot See – Antony Doerr I have just started this and have already fallen in love. It tells the story of Marie-Laure, a blind girl who along with her father has taken refuge in a coastal city while the Nazis invade Paris. Her story collides with Werner, a German orphan who is fighting for Hitler Youth and who are about to face attack from the American bombers. I had read about this book after it won the Pulitzer prize back in 2015 and suggested it for my book club in work so I have high hopes that there will be positive reviews all round at the next meeting! The Happiness Trap – Russ Harris I’m going to sound extremely American here but…. My psychologist recommended me this book! I started seeing her about a year 6-8 months ago because it’s something the Cystic Fibrosis team encourage us to do since it can obviously be a bit stressful living with this nasty illness. The thing is, I hardly ever discuss CF and we mainly chat about the day-to-day stresses that all of us experience because these are the most consistent worries we have. This book encourages the reader to move away from the belief that we must be happy all the time in order for us to live a fulfilled life. In fact, the more we strive for happiness the more we will suffer in the long term. The author provides mindfulness skills on how to escape the “happiness trap” that will reduce stress and worry. I’ve just started it but can’t wait to learn a new way of thinking that could possibly change the way I live – no pressure of course! Oryx & Crake – Margaret Atwood Margaret Atwood has gained recent notoriety after her book ‘The Handmaid’s Tale’ was turned in to a TV show this year and shamefully, I hadn’t read any of her books before hearing about her. This will soon be remedied though as Andrew bought me this book as a birthday present and I can’t wait to get stuck in to it! The author has described the story as “adventure romance” which sounds like a mixed bag but I’m totally down with it. It was also shortlisted for the Man Booker Prize back in 2003 and has great reviews to support which sells it even more. All The Pretty Horses – Cormac McCarthy Cormac is well known for his bleak themes that dominate most of his work (The Road was not an easy read!) but this book is a little more romantic and hopefully a little easier to digest. I’ve started reading it and while the dialogue is a little different, I quite like the approach since it feels like I’m getting inside the character’s head. The book tells the tale of John Grady Cole, a 16 year old ranger who grew up on his grandfather’s ranch in Texas who runs away after learning that the ranch is to be sold. A wild western book that will surely feel a lot different to my life in Belfast! Rising Strong – Brené Brown I’d heard about Brené Brown at a recent blogger’s retreat when the speaker, Mel Wiggins, quoted her in one of her talks. The quote was,

“Unused creativity is not benign. It metastasizes. It turns into grief, rage, judgment, sorrow and shame.”

Wowza. Hearing that quote stirred something within me and I knew immediately I had to hear more words from this woman so of course I went straight on to Amazon and ordered a copy of Rising Strong. In this book Brené discusses how the process of rising after a fall, regardless of its magnitude, teaches us the most about who we are. It sounds fascinating and I can’t wait to get deep in to it in the depths of winter. The Christmas Chronicles – Nigel Slater Odd to throw a recipe book in to the mix but this isn’t just your ordinary cookbook. Nigel is the most delicious writer and this book his is ode to winter; the season for crisp mornings, candlelight and promise of snow. It was released today and I have pre-ordered it in time for the holidays when I maybe need inspiration more than any other time of the year. I can’t wait to snuggle up with it by the fire and no doubt drool all over it.

[video mp4="http://thefullshilling.co.uk/wp-content/uploads/2017/10/vid.mp4"][/video] If you like this article, then give this one a whirl if you’re struggling with finding time to read or this one if you are in need of finding a new bookshop.

6 Tips on How To Read More

8 Ways I Prepare For A Trip