The snow is falling incessantly outside my bedroom window this morning, tiny flakes tapping at the glass to remind me how much things can change in a matter of days. Only a week ago Andrew and I were on our way to Donegal for the night, arriving at Castle Grove House under blue skies and bright sunlight that only fed false promises of Spring. Oh to feel just a wee bit of heat again! 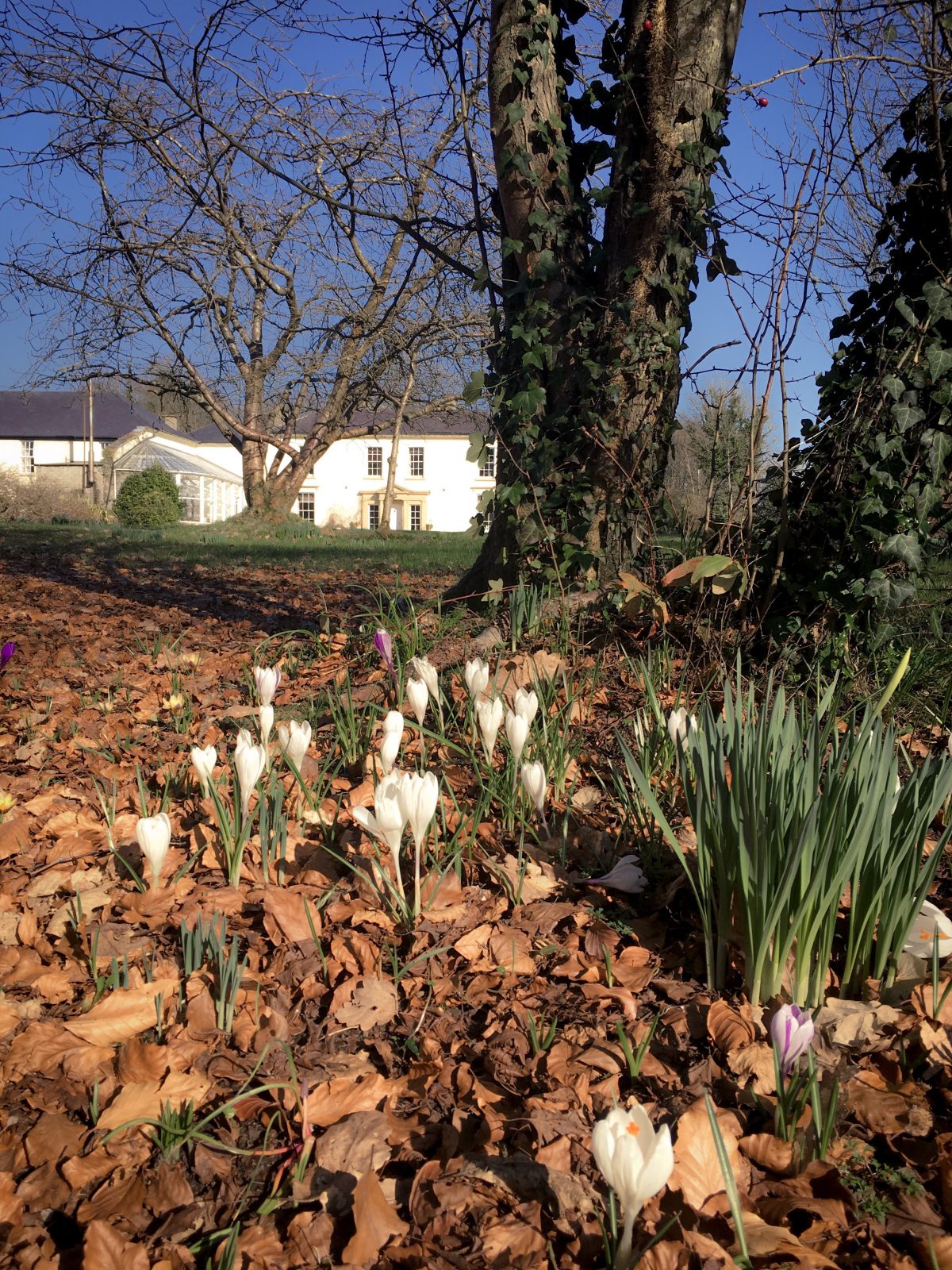 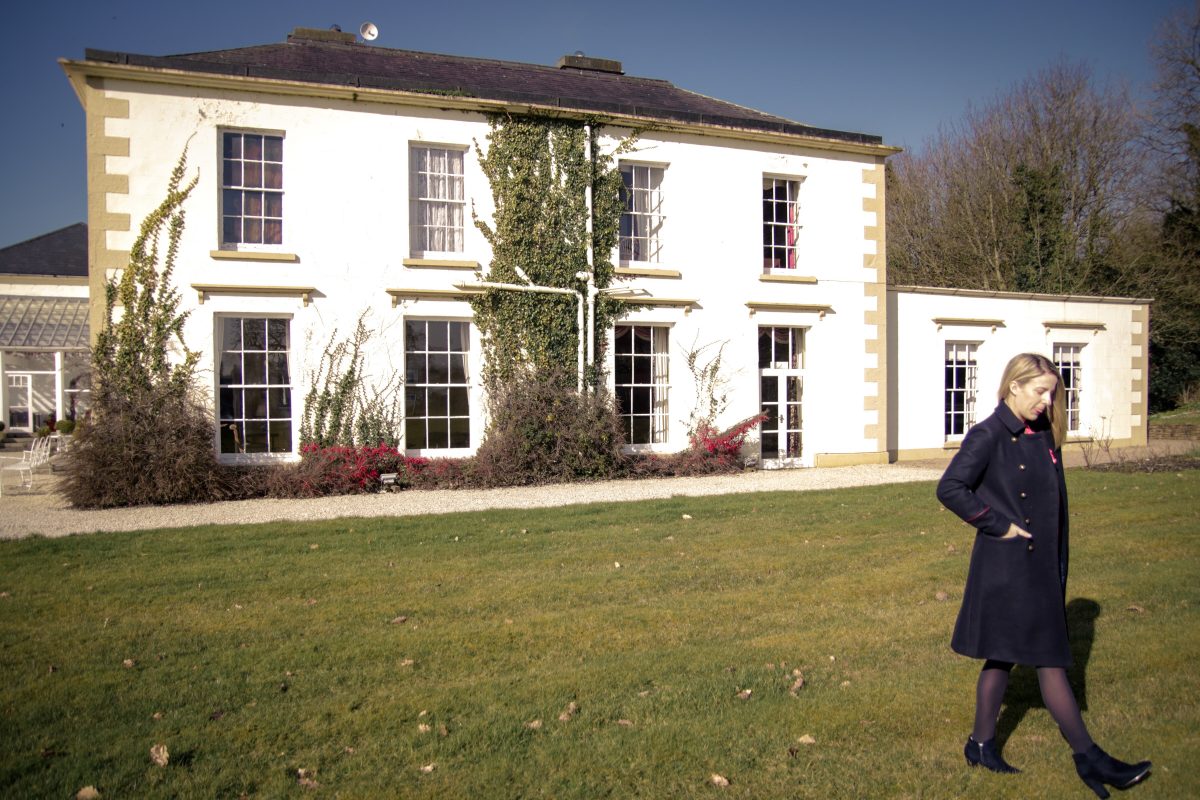 We had been invited to Castle Grove by Ireland's Blue Book as part of a beer-pairing night the hotel were hosting in their award-winning restaurant (with local brewery Kinnegar's providing all the pairings!). This was one of the first events I have ever been invited to as a blogger so I was unashamedly very excited about being there! It's no secret that Andrew and I are lovers of Donegal since we usually visit the county every few months so we were never going to turn down a chance to spend a night in digs on the north coast, especially when there were craft beers involved! 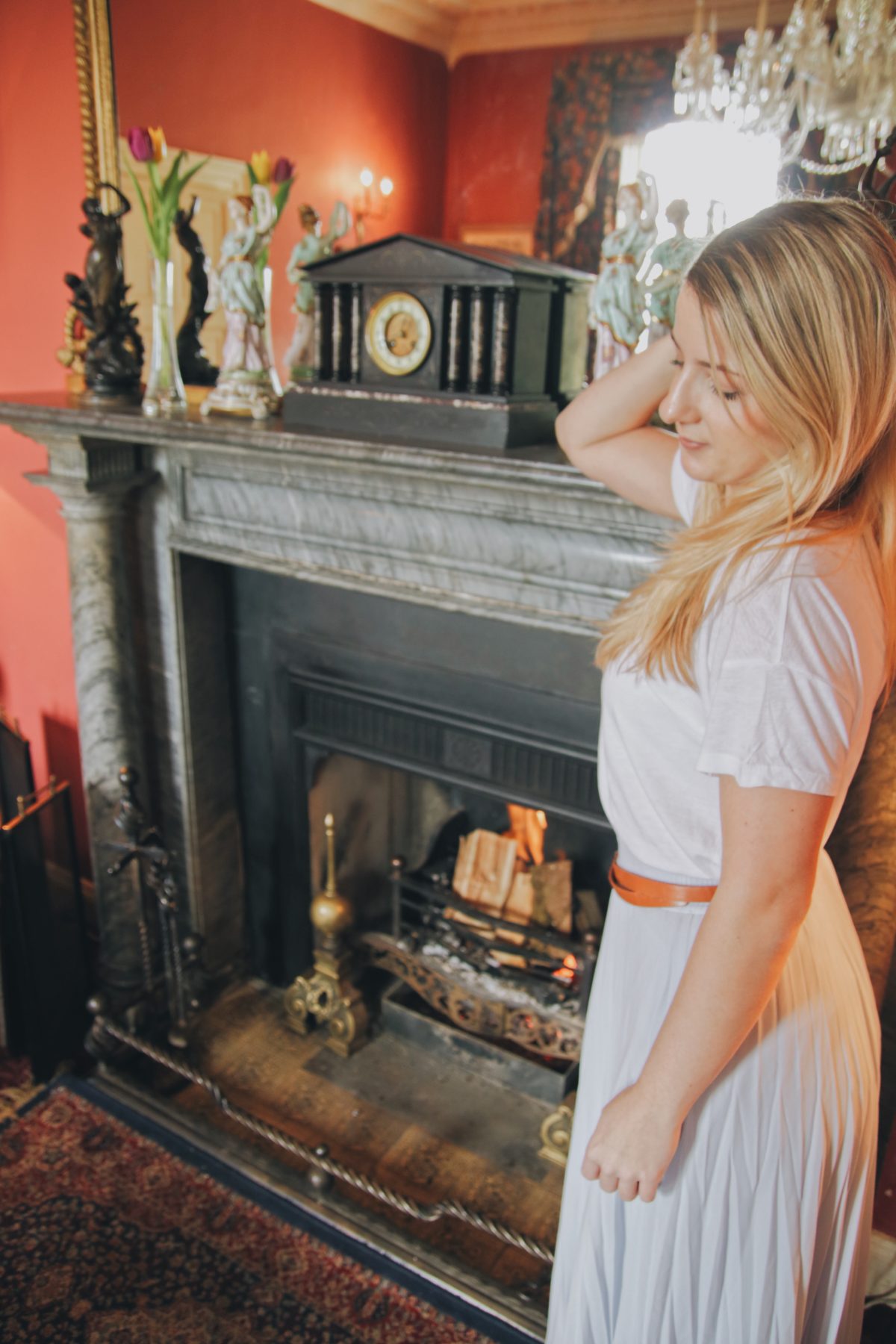 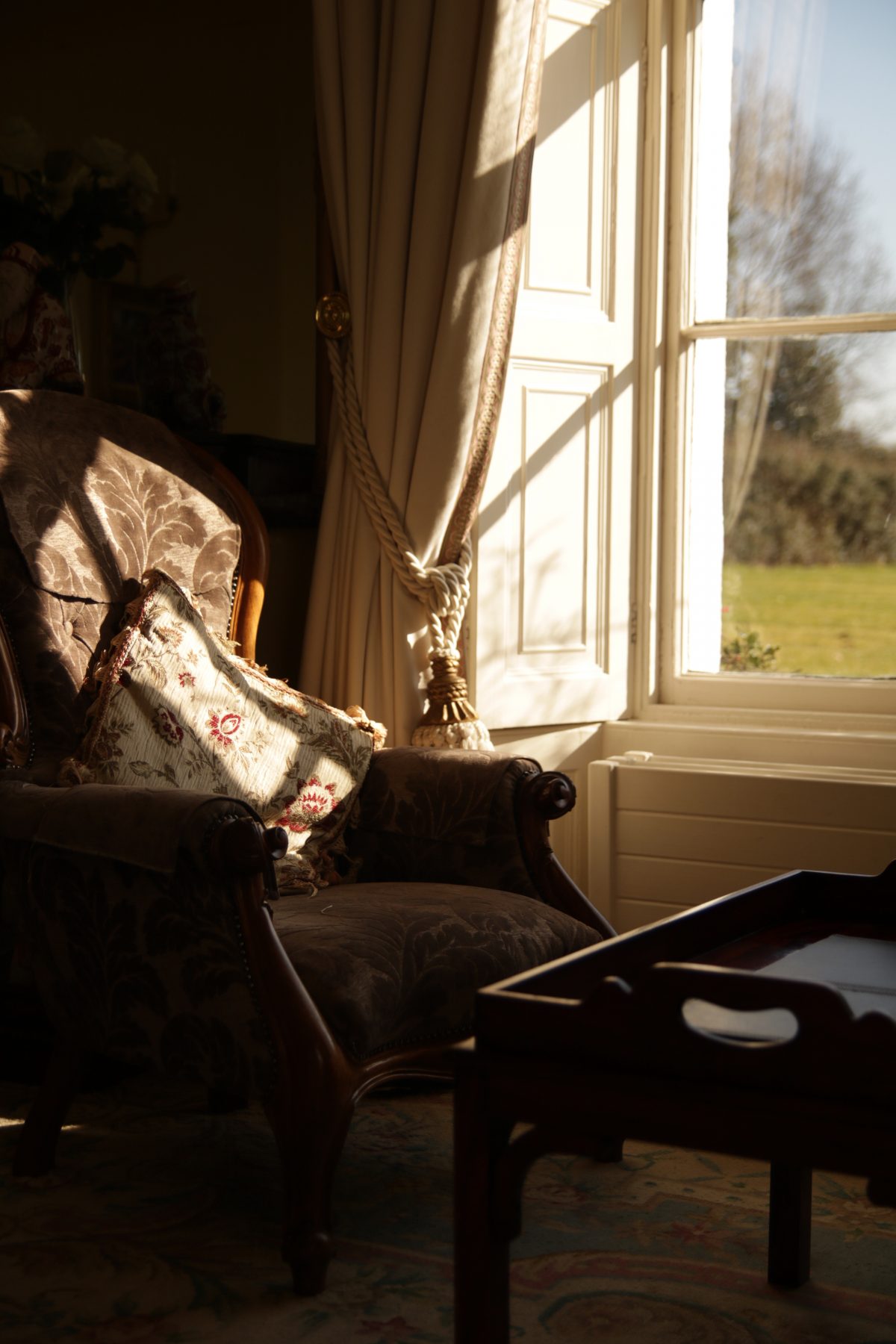 Neither myself or Andrew had been to Castle Grove before and as we pulled in to the beautiful country lane that took us to the banks of Lough Swilly where the house is nestled, it felt as if we had crossed in to a different era completely. The manor house sits proudly as it would have done when it was first built in 1695 except the Grove family have been and gone and now the Sweeney's are holding the fort and welcoming in fresh faces in to their home. 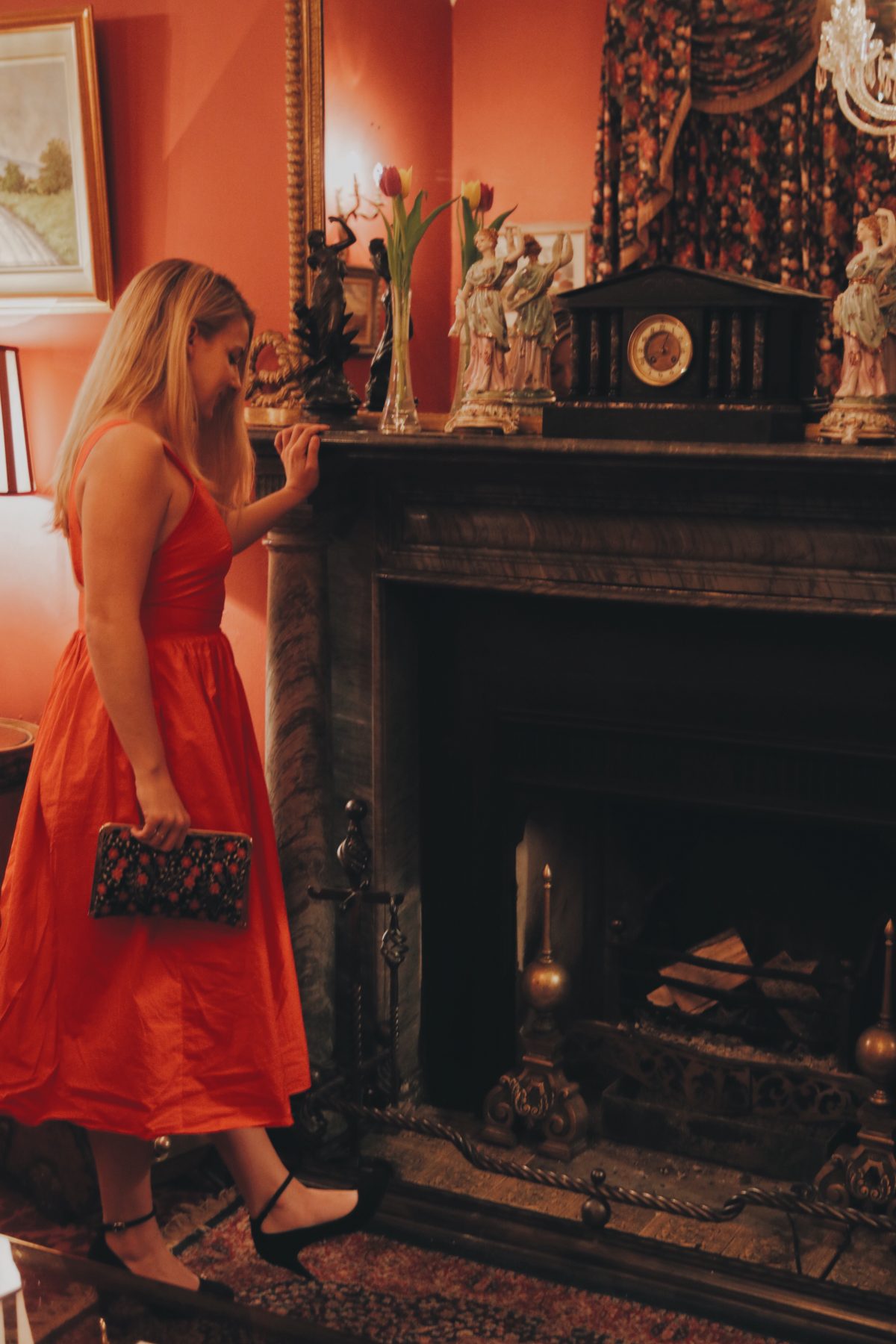 Inside it felt like not much had changed either; fires were crackling in grand fireplaces in numerous rooms downstairs, beautiful antiques decorated corners that I am sure had heard plenty of stories and old paintings hung on the walls above the sweeping staircase that led to the bedrooms upstairs, all of which were named after Irish literary legends (we were in the Jonathan Swift room which was just a bit fitting what with his connection to our hometown of Armagh!). 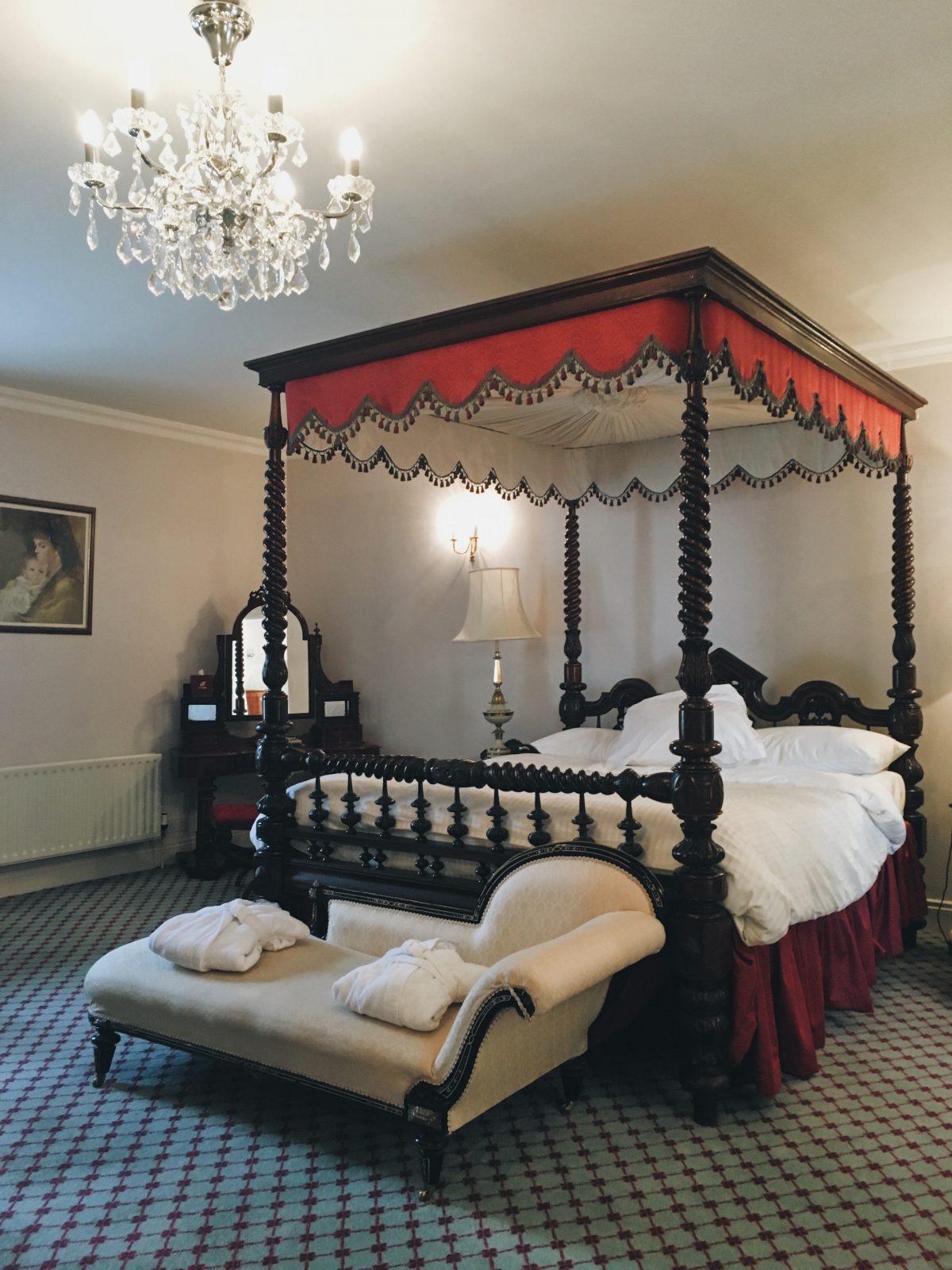 The room itself was not just a room but more like a suite straight out of Downtown Abbey equipped with a four poster bed and a cabinet full of crystal I was too terrified to touch. There were parts of the suite that were a wee bit dated (the bathroom for example looked like it hadn't been updated in a few years) so lovers of modern finishes may not feel quite at home here. Personally I loved the quirky charm especially the bed since I had never slept in something that was so like the bed of every princess story I had ever read. 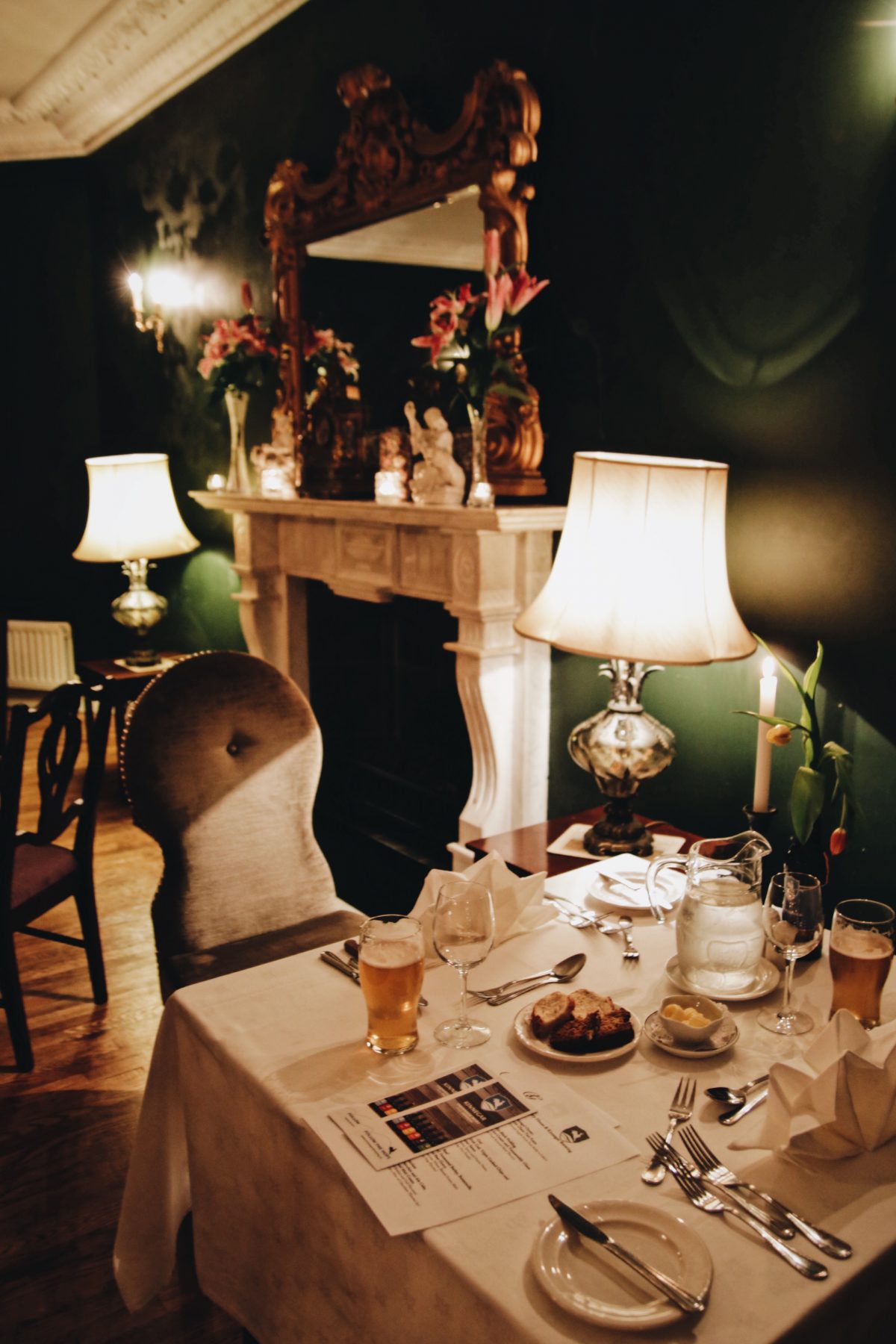 Though what struck me most about the house was it's warmth. Everything about Castle Grove exudes the feeling of being so welcome, of being looked after and mollycoddled the minute you step through the door. Irene Sweeney, the manager and figurehead of the house, could always be found mingling with guests, tending to the fire and ensuring that everyone'e needs were met. She was genuinely delighted to have people coming to visit her wee part of the world and hosting events like the beer-pairing night was a way for her to showcase the house and everything Donegal has to offer. 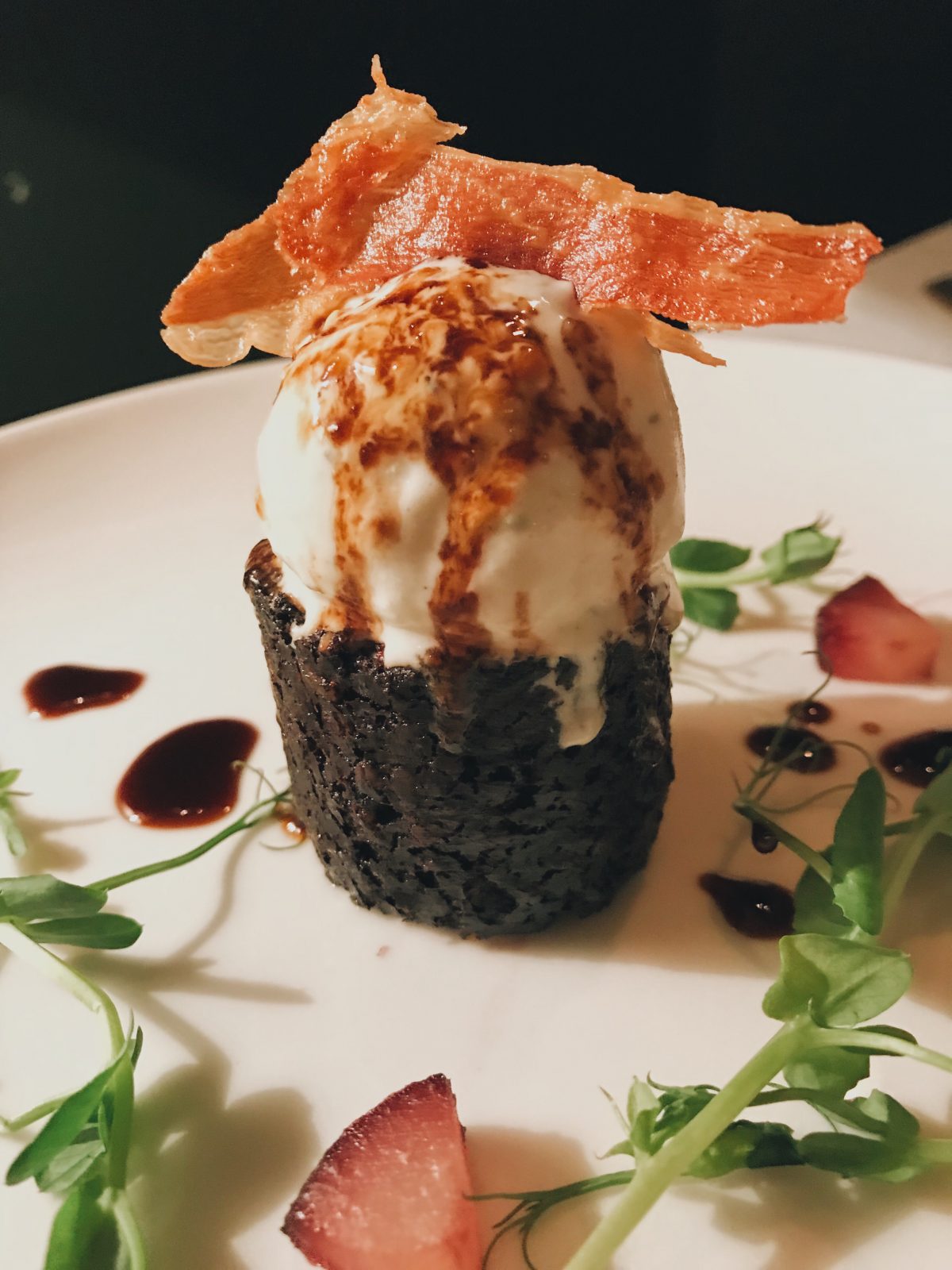 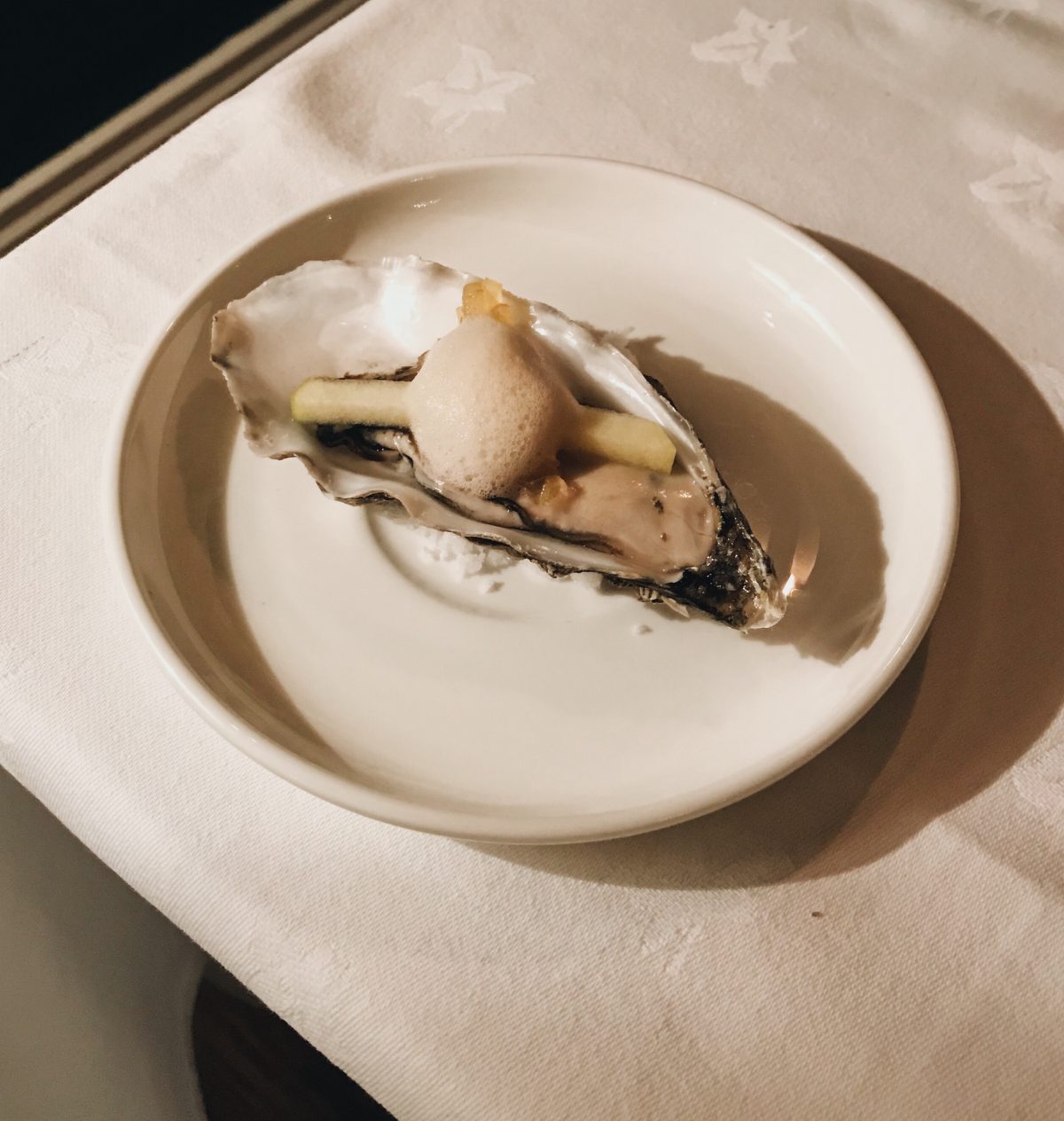 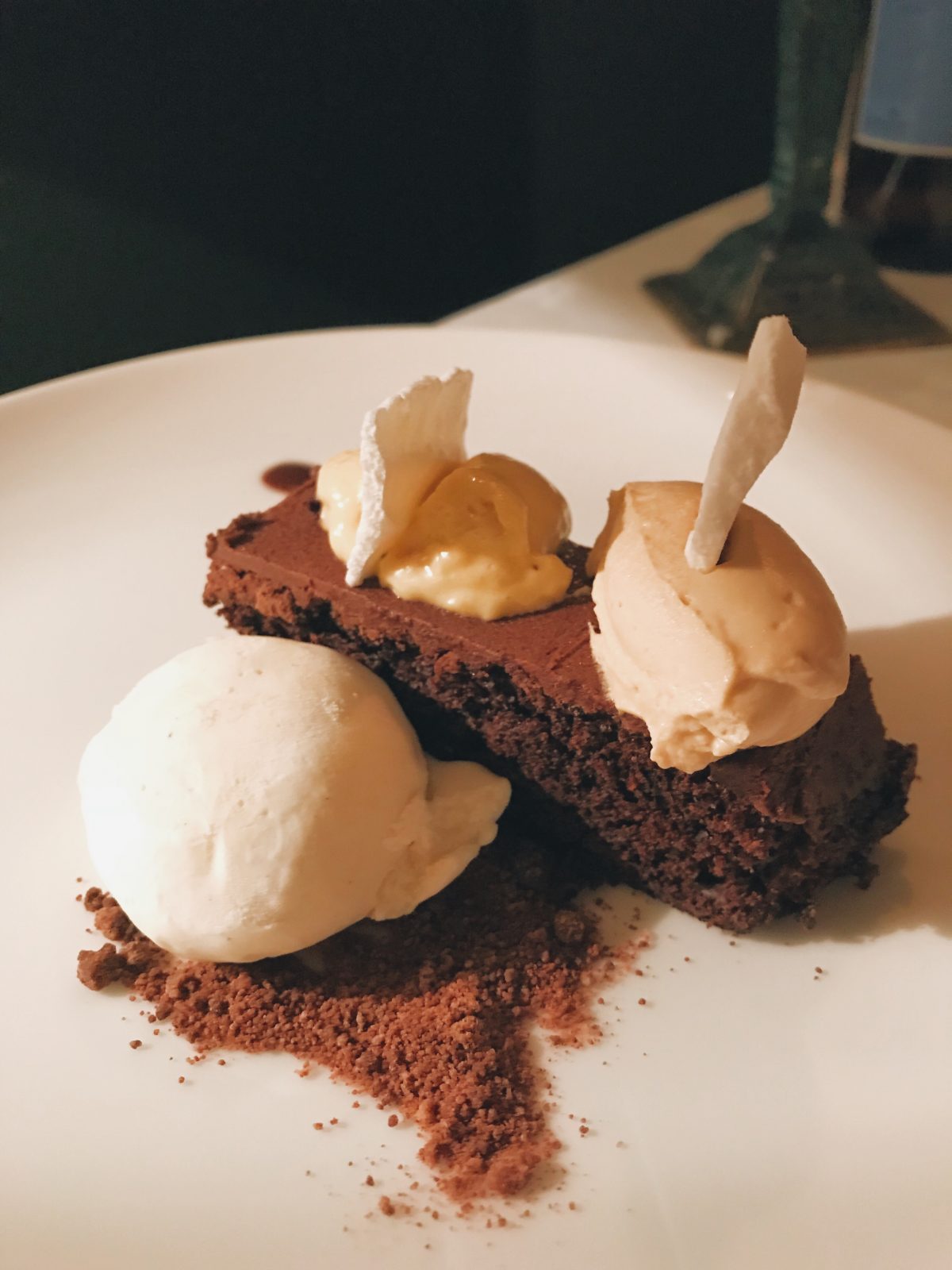 Which as it turns out, is a lot. The beer pairing event delivered more than we were expecting, each course having been meticulously curated by Chef Brady and the head of Kinnegar Brewery, Rick LeVert. The Donegal oysters specifically were a sensation for me (Andrew is still sitting on the fence when it comes to oysters) and the dessert was practically licked off the plate. Each beer was introduced by Rick allowing us to understand why the flavours on our plate were designed around the flavours in our glass. It was obvious that great care had went in to the night which, judging by the hum of contentment around room, was a complete success. 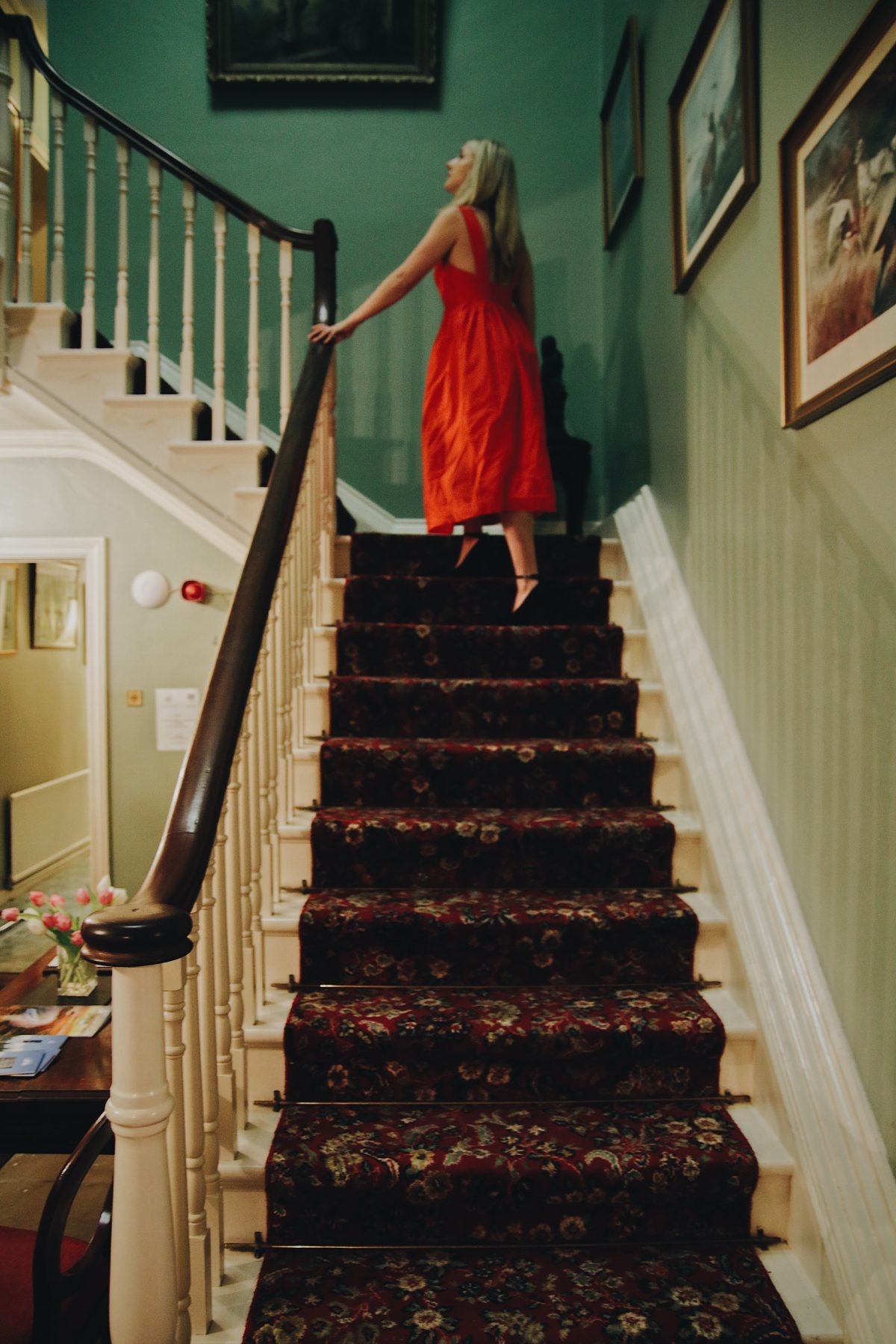 I practically had to roll myself out of the dining room after we finally finished eating, only having enough energy for a few moments by the fire before collapsing in my fairytale bed. Next thing I knew it was morning which I welcomed by opening the shutters of my sash windows half-expecting cartoon birds to flutter around my head. We woke up slowly leaving just enough time to meet in the dining room for breakfast (are we the only one's who leave it until the last 10 minutes?) which was the obligatory full Irish breakfast and lots of tea. 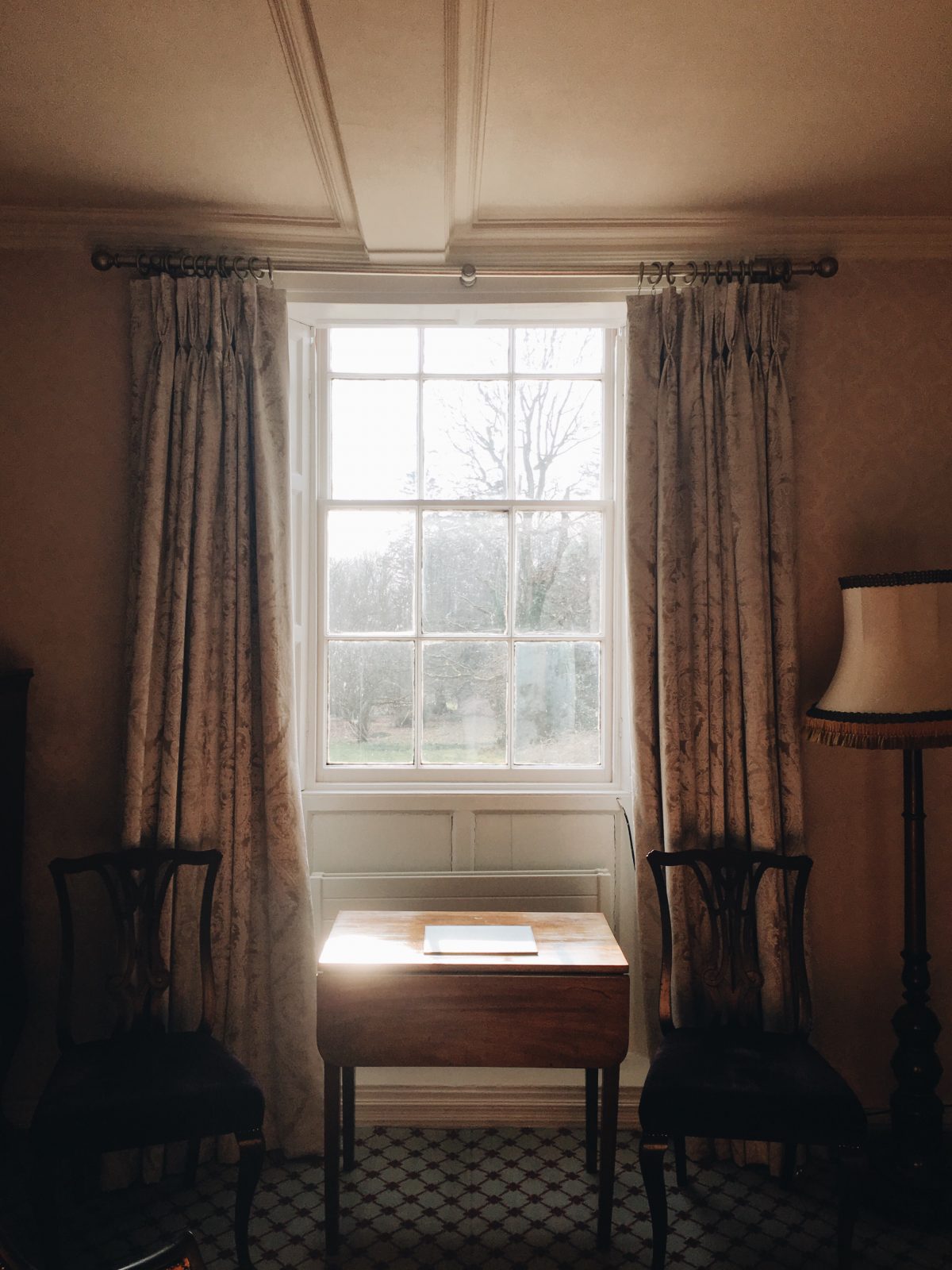 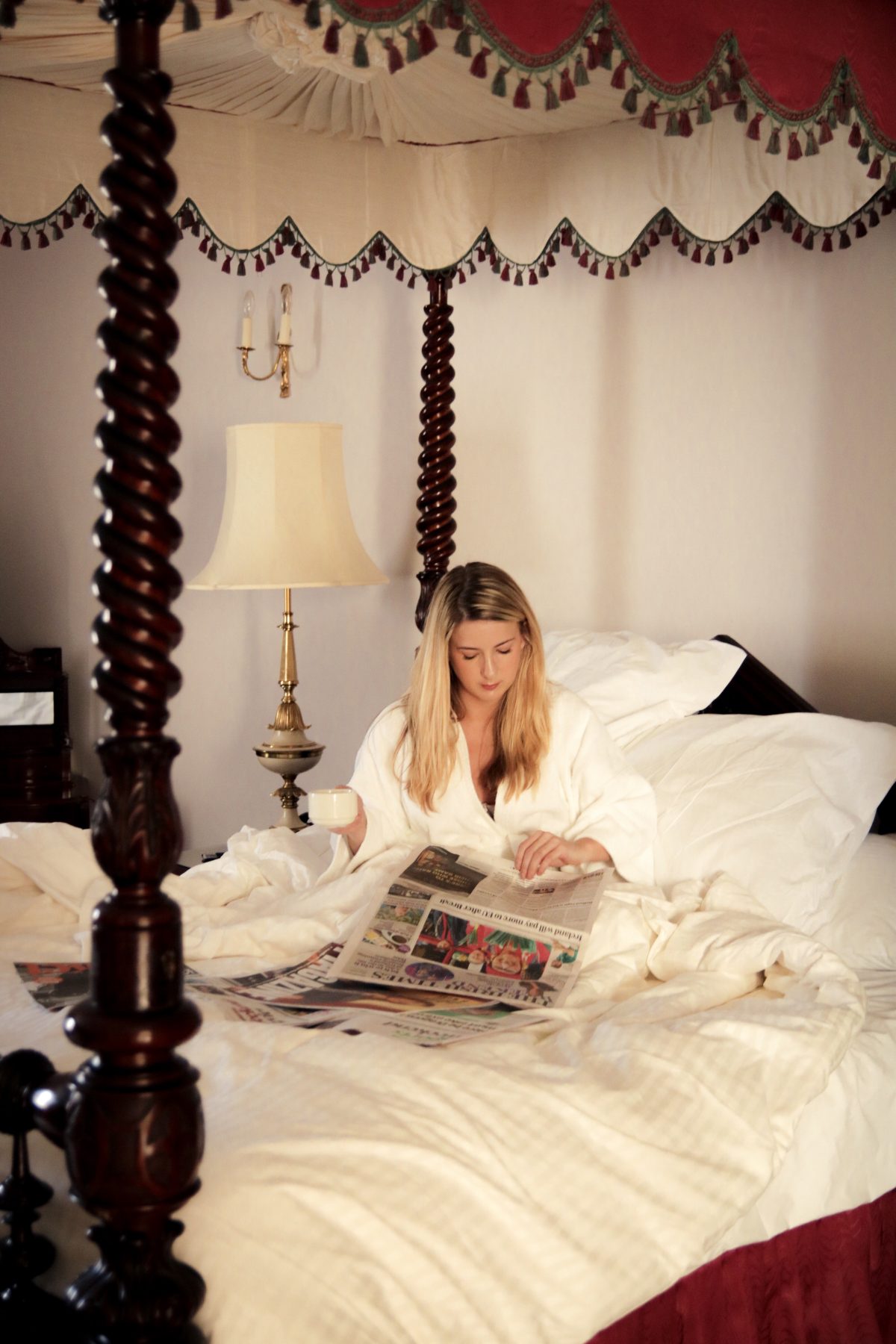 The sun was streaming in and not wanting to miss another moment of Donegal fresh air, we said our thankful goodbyes to Irene and the staff after a quick stroll around the grounds. We were told to make a beeline for Portsalon where we could find blue flag beaches empty of crowds (and in true Donegal style it over-delivered). We drank in the salty air and when the Atlantic winds settled for just a moment we could feel the head of the late-February sun on our backs, a sensation I can barely remember feeling now it's snowing outside! 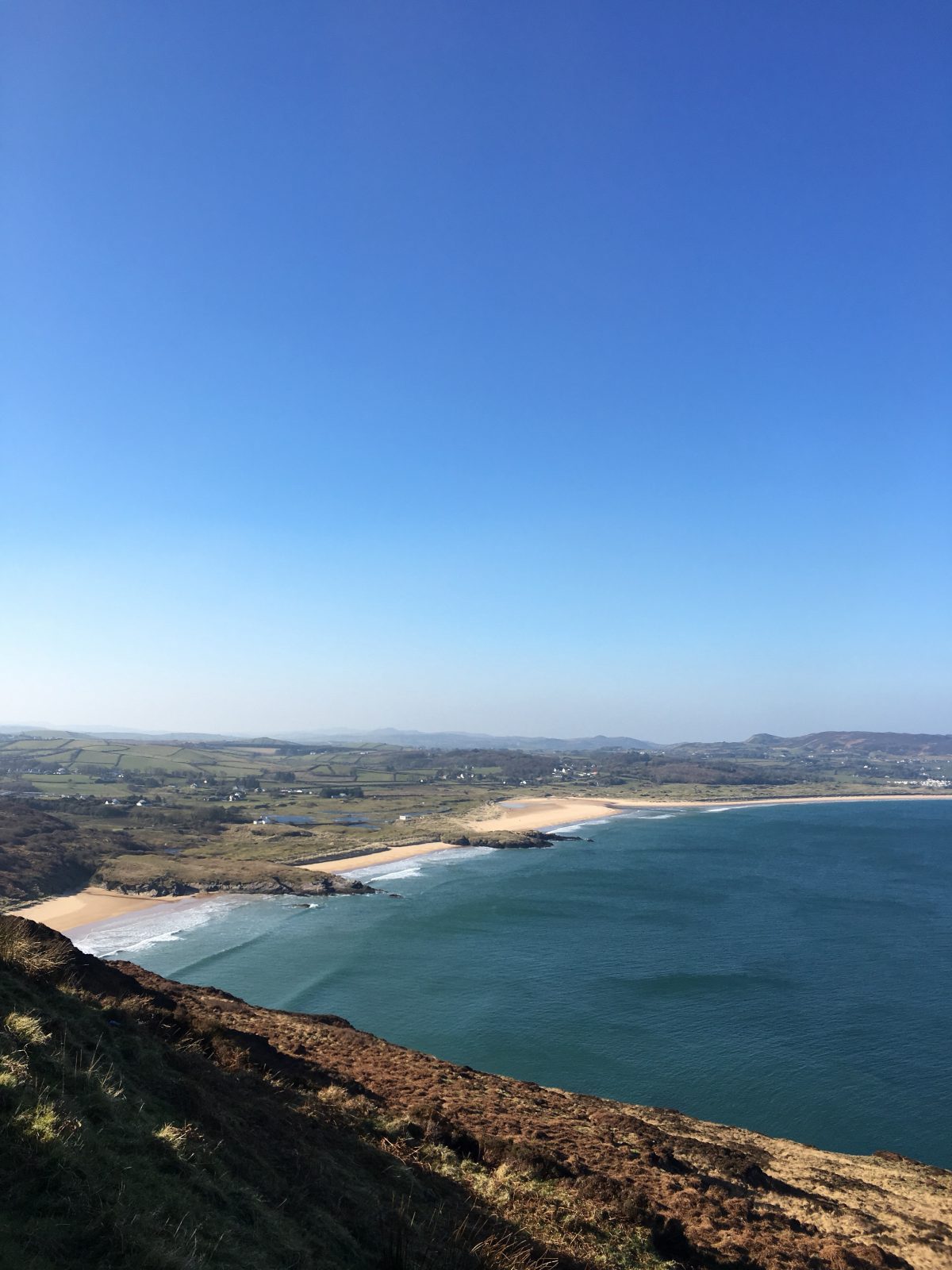 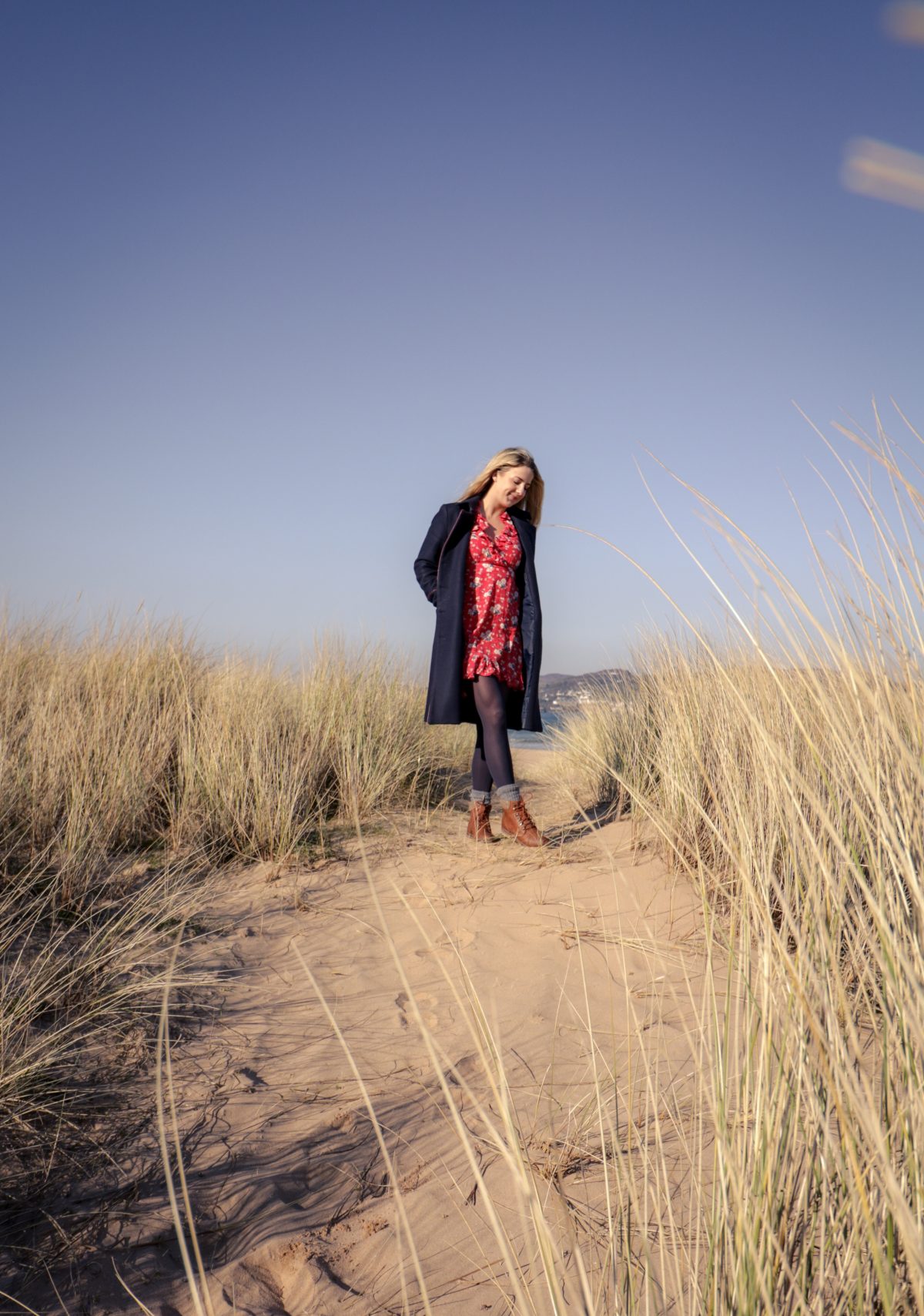 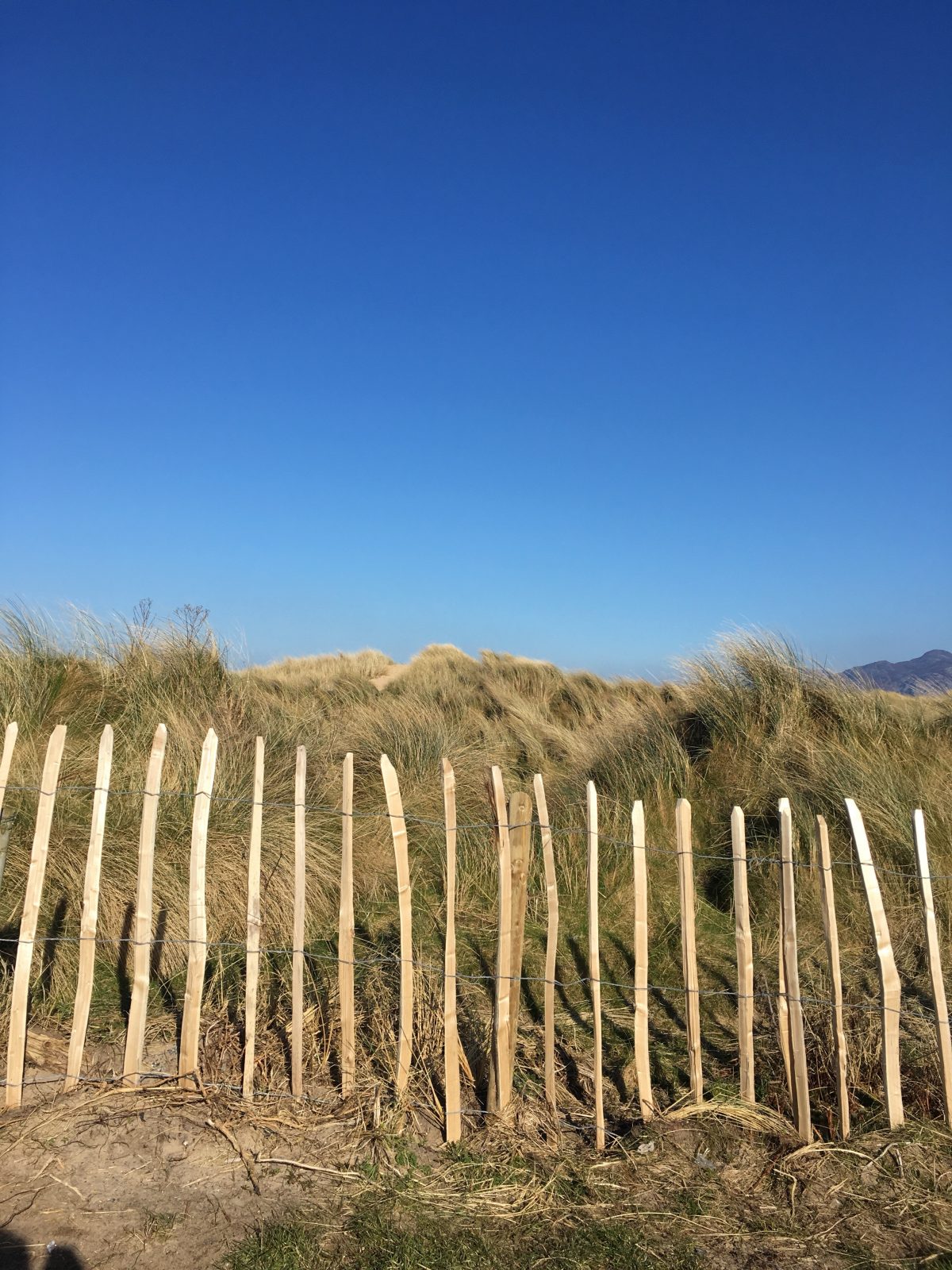 Not wanting to end things with Donegal just yet, we took a drive to Glenveagh Castle (so I could play princess just a little longer) which surprisingly neither of us had visited before. It's actually younger than Castle Grove but looks like it's been hidden on the lough for centuries longer. There's a great trail for walkers and cyclists from the visitor centre to the castle but for those with little time or patience (or unruly kids) can hop on the minibus which saves a fair amount of time. 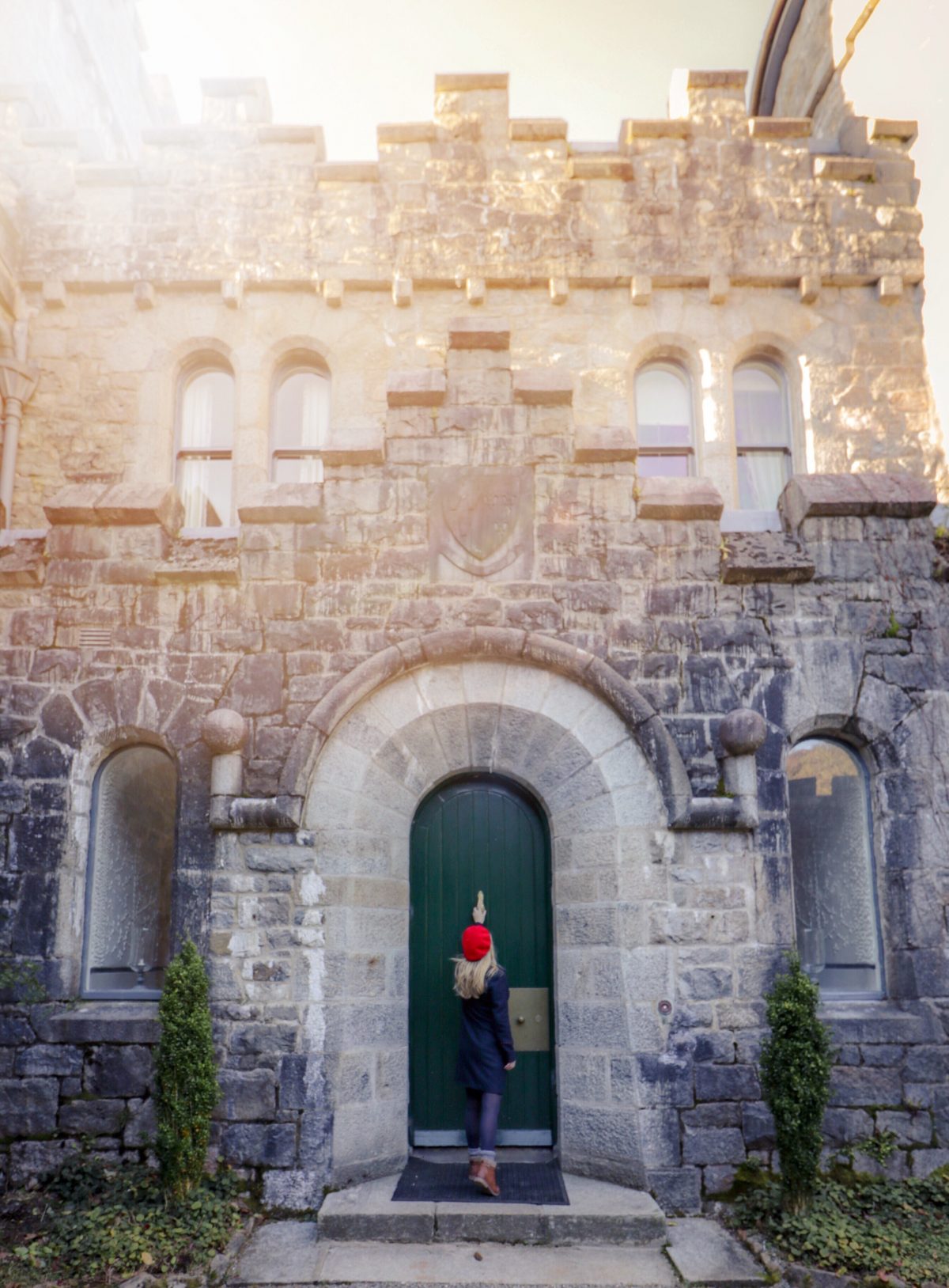 The views are incredible once you reach the castle with Scot's Pine trees decorating the edge of the lake, providing plenty of magical forest walks. There are beautiful gardens to stroll in too which I can only imagine are even more outstanding in the summer. The views reminded me of Connemara, another essential destination in Ireland where Glenveagh Castle could be compared to Kylemore Abbey as a diamond in the midst of a wild landscape. 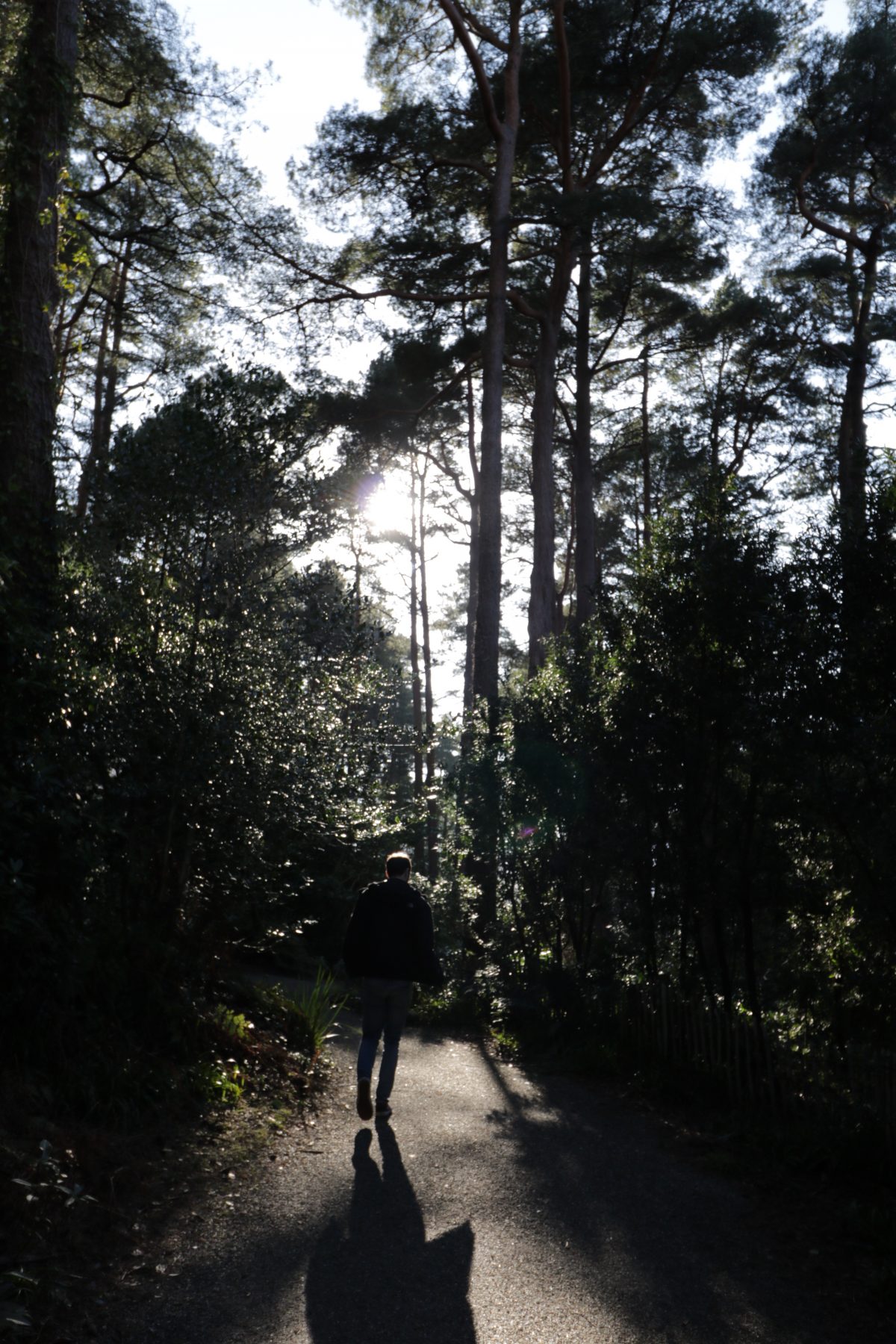 There is a real rawness to Donegal that I think has percolated to the people who live there. The people are as open as the land and the sea that batters it's north and west so it's only natural to feel yourself open up once your feet are on the ground there. For me there is a collective sigh from my mind and body when I'm Donegal, I release everything I've been holding within me and I feel instantly lighter, more open. It's no wonder I felt so welcome by everyone at Castle Grove, it's doors are open like the people inside, happy to invite anyone in need of a warm meal and cosy bed or even just a drop of tea by the fire. 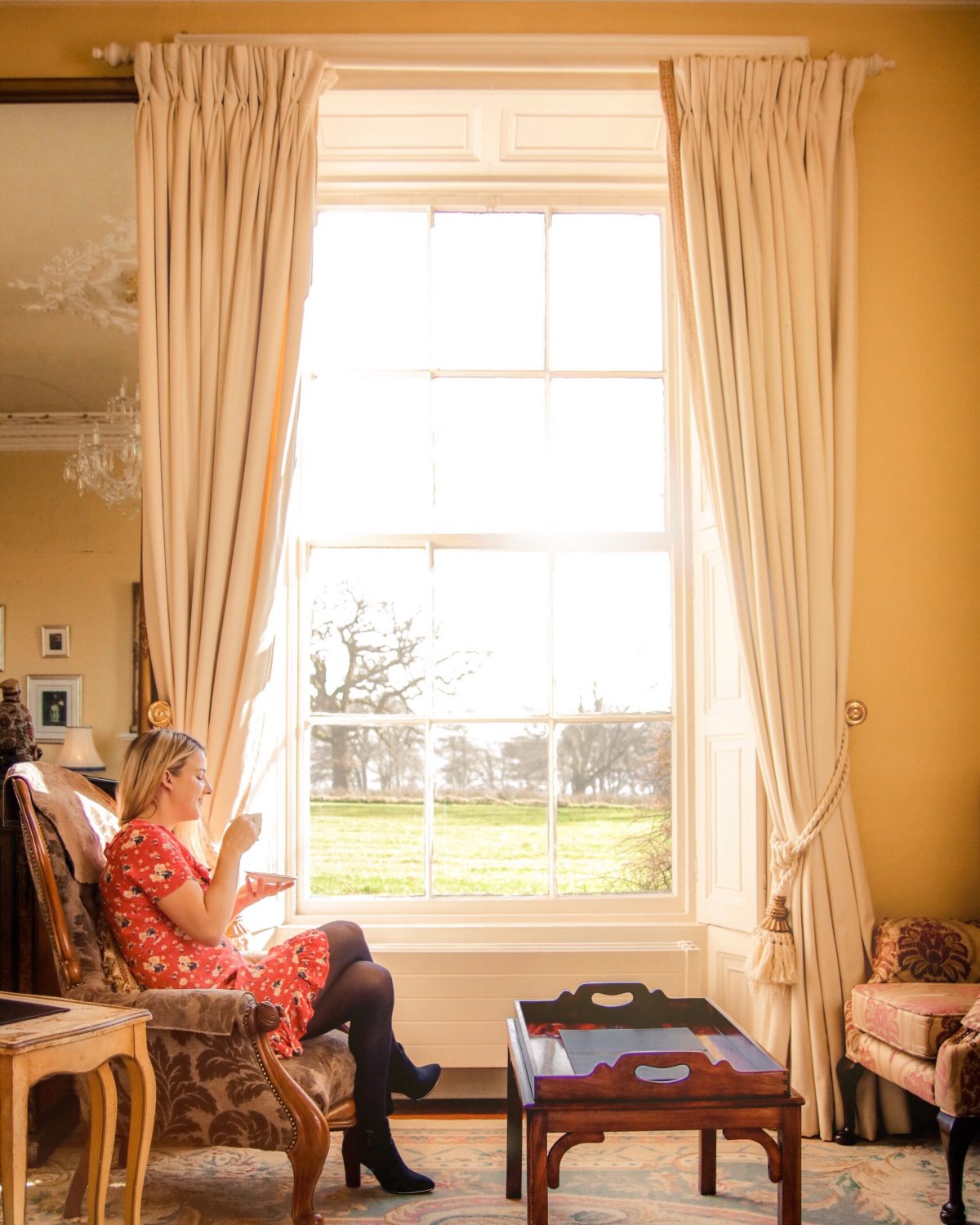 BBQ Recipes to Welcome the Summer